There’s a little firestorm brewing in the Apple mobile universe and suffice to say, THEY started it. Although web browser plugins like Adblock Plus have been available to computer users for some time, Apple’s new iOS 9 allows for developers to create ad-blocking apps for the phone as well (applicable to Apple’s Safari browser). The idea took off and people flocked to iTunes to install the ad-blocker apps offered there.

What’s the problem then? I mean, personally, I love Adblock Plus. It blocks ads in Facebook, my email browser and on the web. This isn’t just an aggravation fix; Adblock is also helping to prevent stuff that isn’t real advertising from showing up and potentially harming my computer (malware) or just stalking the crap outta me and my online behavior. (Not that all of that can be completely stopped). So what’s the beef with Apple’s move?

Leave it to a Forbes blog to clear that up. Apparently, ad-blockers are a real menace to the advertising industry. According to the Forbes blog, one report claims “that over $21 billion in revenue will be lost to ad-blocking this year” giving “rise to ideas that technology is making it increasingly difficult to make money directly from content online.” Piracy is also discussed in the Forbes article and that subject just adds fuel to the revenue ravaged fire.

So, maybe that explains developer Marco Arment’s decision to actually pull his ad blocking app, Peace, out of the App store. In an article from The Verge, Arment stated that while “they [ad blockers] do benefit a ton of people in major ways, they also hurt some, including many who don’t deserve the hit” and this comment came after he made a ton of money on ‘Peace’.  As a result of his decision, Apple has had to refund everyone who bought the ad blocker app. Was Arment’s “change of heart” an ethical decision or was he pressured in any way to drop the app? It sounds a little suspicious to me. I guess we’ll never know.

Meanwhile, back at the app store, the ad-blocking app Crystal still remains at the top of the iTunes Charts. 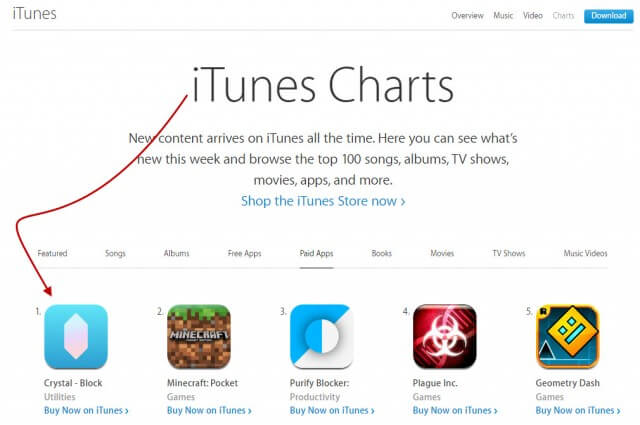 While I’d like to “BooHoo” the problem advertisers are having with ad-blockers, I understand that this is just another thorn in their side when it comes to ad placement. We as consumers already eschew regular television for commercial-free cable networks like Showtime and HBO. We said ICK to advertising at the local movie theaters by switching to Netflix and Amazon for our feature film fare.  Some of us buy apps to avoid in-app advertising and skip using apps that include advertising and don’t offer a buy-in option. Now there are ad-blockers for our phones.

Part of the problem is, advertising pays for stuff. It helps keep our radio stations and newspapers in the black and television shows in production (it also helps keep sites such as DCT free). They are a mighty force; irk them and watch when they pull their advertising from your show as happened recently with The View.

Take a look at my favorite flick, Blade Runner, and see how movie-makers predict the future as overcrowded, dark and damaged cities still fueled by advertising blazing on the sides of buildings, flashing on and off in bright neon or coming at you in a blimp. 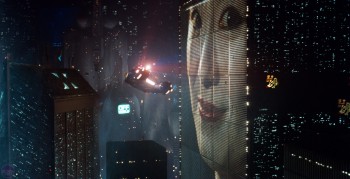 Folks gotta sell their wares somehow. And unless it’s uproariously funny or cute and cheeky, advertising just bums us out. As a TV junkie, a commercial is just a cue for me to take out the garbage or check off another household task.

What’s an advertiser to do? Tell me what you think about Apple’s move and the impact it has on you. Are you paying for apps to avoid advertising?

Note: Android has been playing in this ad-block game already, but it hasn’t seemed to cause the same amount of controversy or agony. Which reminds me, I need to download one of these apps.

3 thoughts on “Apple and Ad-Blockers and Refunds, Oh My!”