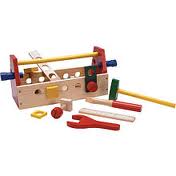 We’ve all heard the stories about how the poor mechanic is trying to discern the meaning of the different grunts, chirps, and wheezing noises another person is uttering over the phone to describe how his/her car sounds at the moment.

A nearly impossible situation. Ultimately, the frustrated mechanic will tell his potential customer to bring the vehicle in to the shop.
The same thing happens when a computer go-to-guy tries to figure out what’s wrong with the computer at the other end of the phone line.

I had a personal experience that will demonstrate the hazards of fixing problems over the phone.

About 10 years ago I was told by my customer, I’ll call her Sally to protect the innocent, that her Power Supply fan was bulked up with dust, cat hair, and perhaps other things we really don’t want to think about. To be fair, the above image is not of Sally’s computer.

For the purposes of this little story, I’ll call myself Dupa.

I told her that all she had to do was blow it out with some canned air, or lacking that, just use an old toothbrush or pipecleaner to get the dirt off the fan blades.

The next day Sally called to let me know that her computer no longer worked. It wouldn’t even start. It just made clicking noises. Uh-oh…
It turns out that I had made a terrible mistake. I hadn’t told her to turn off and unplug the computer before she stuck something in there.

She had decided on the pipecleaner idea. Not my first choice.

I’m just happy she didn’t get hurt. In retrospect, I should never have suggested a pipecleaner over the phone in the first place. Bad idea.

In case you are curious, she had fried her power supply. “Oh! So that’s what those sparks were!” 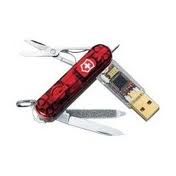 Since one never ever truly knows what he’s in for when heading off to fix a computer at a customer’s home, a well-stocked ‘Tool Box’ is a must.

You have a couple of options here. You can build your own by downloading all the different applications and utilities you want to include in your personalized tool box.

Here is what I believe to be a better solution. There are two portable applications managers that I really like. One is called LiberKey and the other is called, what else (?), PortableApps.

LiberKey is my personal favorite but both programs are virtually identical. For that reason I’ll give you a brief overview of LiberKey. The only real difference between the two is the applications they include in their repsective suites.

Learn one and you’ll understand the other.

Download and install LiberKey on your Thumb Drive (links are provided at the end of this article).

Once that is done it is time to choose the applications/utilities you would like in your Tool Box.

LiberKey has three application suites to choose from: Basic, Standard, and Ultimate. Each suite contains everything in the preceding one.

The Ultimate suite contains a whopping 145 applications coming in at roughly 237MB. After installation it will use around 662MB on your Thumb Drive.

What I really like about LiberKey is that you can add your own Portable Apps and LiberKey will automatically add them to a personalized menu for you. Here’s a shot of that Menu with some of the Utilities I like to use that don’t necessarily come bundled in their suites: 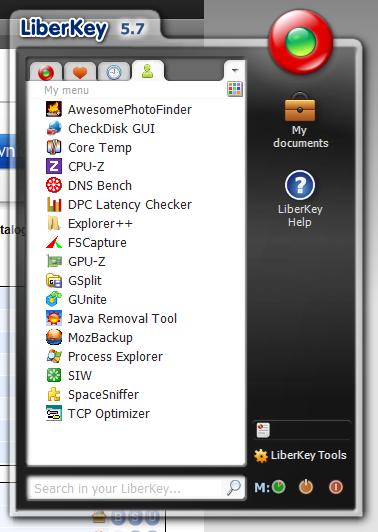 You will find the download link for LiberKey here: http://www.freewarebb.com/files/file/8496-liberkey-ultimate-49/

Or on the Home Page here: http://www.liberkey.com/

For completeness here is a shot of the PortableApps Main Menu: 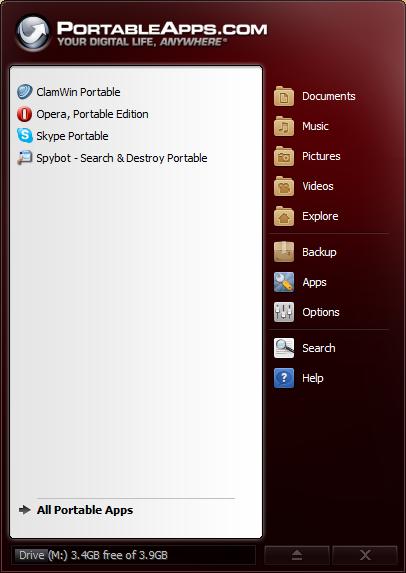 Portable Applications are the neatest thing since sliced bread. You don’t have to install them. Just download them to the directory of choice and run them.

Like any portable application, if you decide you don’t need it anymore all you have to do is delete their home directory. You’re done! No muss. No fuss. I like that.
—

Don’t feel like these wonderful portable apps are restricted to a thumb drive – any writable media will do. I have a folder set aside on my desktop PC for just portable apps. It’s slick, indeed.
—