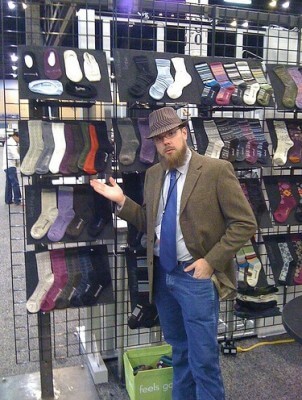 Running a computer shop means that you never quite know what surprises are going to come through the door from one day to the next, particularly in Buenos Aires. Little old ladies often wander in and ask me if I repair shoes until I point out that the cobbler is in fact next door, but no matter, would I please look after their broken shoes until he opens up again at four o’clock? Which of course I do because well, you know, little old ladies. Or some scruffy bloke with wild staring eyes and equally wild hair shambles furtively through the door and asks me to check on Google how much they know about him and if they are checking on him and when his name comes up totally randomly, stares at me accusingly and shouts ‘I knew it!’, before slipping furtively out the door, glancing around him all the while. Or, like the other day when I should have known better and opened the door to a bloke with a young boy in tow (chomping furiously on a bag of chocolates scrounged from the chocolate shop a few doors away), who gave me a now familiar sob story of being unable to find work, of struggling to bring up his twelve kids, of nobody ever listening to his plight and would I please buy some lovely high quality socks off him. Erm no, I already have two drawers full of high quality socks thanks very much. But take a look at these lovely socks; you really would be helping me out. No thank you! Well f*ck you and all the mothers who conceived you! 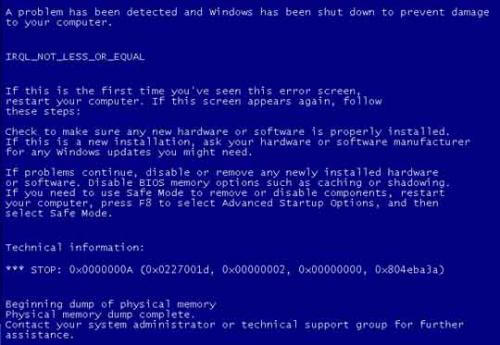 At times like that you’re actually begging for a blue screen of death or even another little old lady with a bag of broken shoes, so imagine my delight when in walks a blue screen of death in the form of a friend of my wife’s son who is indeed suffering from said BSOD and could I please fix it for him because he can’t get his course work done and all this nonsense is just pissing him off. And I knew exactly what he meant, socks and all, quickly identifying the problem as the CPU imitating a toaster, which I’ve covered in all its gory details in How to Water Cool Your PC. But that’s not why I mention it here; it’s because I was able to forget about socks, shoes and unemployed beggars for a couple of days and transform an otherwise mismatched jumble of aluminium, plastic and choice silicon into something befitting its status. A bit like taking a Ferrari engine out of a Ford Falcon and wrapping it in the body it deserves.

Revenge of the killer PC case 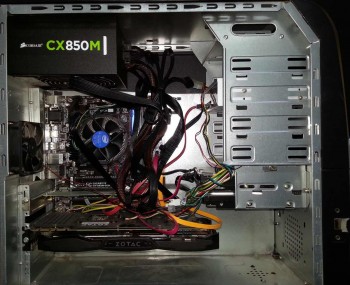 Clearly these components don’t belong in this case, period. A bit like expecting Donald Trump to spend the rest of his life dossing in a YMCA; the incongruity isn’t very palatable. Once we had agreed that heat is a killer and that I needed to fit a water cooling system, we also agreed that his PC case should be consigned to history and replaced with one more befitting the status of his components. Whilst he scampered off to seek funds and source the materials, I busied myself trying to make sense of his original case arrangement so that he could at least use it in the interim and quickly wished that I hadn’t even started. You see, there’s a theory that if the Chinese can’t kill you with fried cat and dog, they’ll certainly rip you to shreds with their PC cases, since most of them are put together using recycled razor blades and piano wire. 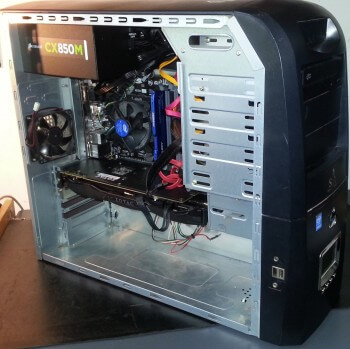 So once I’d finished juggling space around, spilling blood and strapping hard drives into hard to reach orifices so that the massive GPU could live in the PCI EX x16 where it belonged, I stitched myself up and headed home for lunch, whereupon Adri asks ‘What have you done to your hands?’

Later that day I got a call from a character at his wits end because his PC wouldn’t start up, but he couldn’t bring it to the lab due to circumstances beyond his control. Fair enough I thought and so I ambled up to his house a few blocks away and was pleasantly surprised to find that it was the very same house that had intrigued me for a number of months since I walk past it on days when I feel energetic enough to place one foot in front of the other. Dilapidated doesn’t quite describe it adequately enough, being overgrown with creeping vines and such, with rusty, broken gates, with seemingly zero sign of human habitation. On the phone I had been instructed to either bang on the front door or just walk straight in if I heard no response, which is what I did, only to meet a small figure in the gloom (none of the curtains were open and the lights didn’t seem to work), who greeted me cordially and fortunately wasn’t armed with a machete. 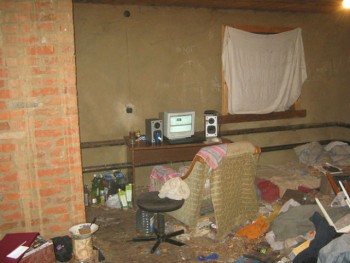 Once we’d established that he wasn’t in fact the proprietor of the Bates Motel, I gingerly fumbled my around the dimly lit room which resembled what I can only describe as a hovel, the like of which you’d encounter in a scene from The Walking Dead. The PC in question was sitting forlornly under what resembled a desk, which itself was decorated with the remains of all of last year’s TV dinners, with the floor area being knee deep in flotsam and jetsam that had to be seen to be believed. You get the picture. With no sign of life from the PC except the whirring of fans, I braced myself and told my diminutive new friend that we should open her up. I’ve been known to find live cockroaches in PCs, hence my trepidation as I’m sure you will understand. But no, this is what I gazed upon, aghast and mouth agape. 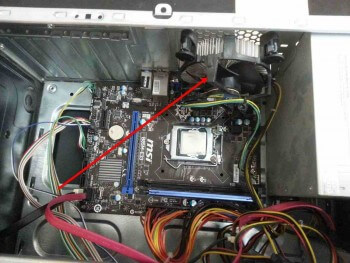 When I questioned this cooling setup, I was assured that it was a perfectly sound arrangement, considering that the case needed ventilation, especially in summer, an argument that was hard to deny and which prompted me to make a sharp exit with the unhappy remains of his PC under my arm, which is when I phoned a friend.

As luck would have it, the friend I phoned had just kitted out a new PC with a compatible motherboard which would allow me to test the i3 CPU which I suspected had been fried by the innovative cooling arrangement in the ramshackle house I had visited earlier. Now, my money was firmly on the CPU as I saw no glaring reason at all why the motherboard should be borked. So imagine my surprise when the donor system bleeped into life, revealing that the i3 hadn’t in fact breathed its last breath and knowing that I could happily break this good news to Rip Van Winkle as the least expensive option, bearing in mind that PC components are double the price south of the border nowadays. But that would come later, after I had prized the Intel cooler from the back of the case, which our friend had secured using nothing less than Loctite super-glue. Indeed, that in itself was a delicate operation which required the precision of a surgeon so as not to damage the four retractable pins on the Intel cooler, my growing dislike of such, notwithstanding. 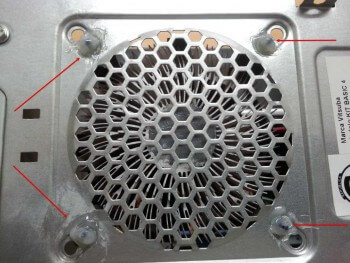 With the replacement motherboard ordered, my mate and I were able to indulge ourselves in the real reason he appeared so quickly, the Thermaltake Level 10 full tower case, which he’d lugged all the way to my shop. I’d been eyeing the Level 10 for a few months prior, but had never seen one in the flesh up close and personal. 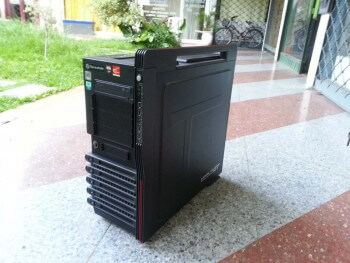 Having already splashed out a fair amount on the Storm Trooper, it would have been painful to get the hots for the Level 10, which fortunately wasn’t the case. Online it looks stunning, but in the flesh the boxiness of its design just didn’t appeal, especially when compared to the Storm Trooper and the NZXT Phantom 820, which are both sleeker and more appealing in every way. My mate had been expecting love at first sight from me and was even prepared to barter the case for my Sapphire 7950, but he was to leave disappointed as I had more pressing matters to attend to.

On hearing that he only had to splash out on a new motherboard for his i3, our friend was understandably relieved and agreed that it could have been a much more expensive mistake. He also bent to my will, that perhaps it wouldn’t be a great idea to ever open another PC case again unless I were present in a supervisory capacity.