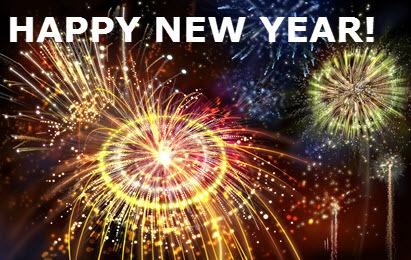 The start of a new year and it’s resolution time again. Frankly, I don’t really know why I bother, I never seem to be able to keep to them anyway. I just don’t possess the requisite will or won’t power.

Anyway, I’m rambling, so on to the nitty-gritty. I’ve always thought that most of us geeks share a particular set of idiosyncrasies, some of which probably require addressing. I’m presenting the following New Year’s resolutions in the first person but I seriously doubt I’ll be sticking with any of them… now where did I put that “too hard” basket.

We should at least try to respect other people’s choices I guess. After all, whether it be Linux or Mac, iOS or Android, they obviously have appeal for those who choose to use them.

All operating systems have their own pluses and minuses and we really shouldn’t be mean to those whose preferences do not happen to coincide with our own.

It’s probably the right thing to do… but is it worth missing out on all that fun, that’s the real question. 🙂

Do you yell at the TV? I do, often, especially when watching a sporting event, or when I’ve solved the crime long before the detectives have – simply because it’s so plain bl**dy obvious! This is probably not so much a geeky trait, perhaps more associated with lunacy… at least, that’s the wife’s theory.

My wife, bless her, just shoots me a withering look. You know, the kind that can maim from 10 paces. “It can’t hear you”, she mutters, as if I wasn’t already well aware of that.

I’m going to try, and I use the word “try” advisedly, not to yell at the TV any more. Not sure how I’ll go with that though; whenever a referee makes a patently ridiculous decision, or the detectives couldn’t spot the perp even if he literally has guilty written all over him – it ain’t going to be easy!

#3 – I will fix a friend’s computer and enjoy it

Why is it people assume that, just because you’re a geek, you must enjoy fixing computers? We are no different to any other tradesperson or worker, the last thing we want to be doing in our spare time is more of the same.

This year, I’m going to try and fix at least one friend’s or family member’s computer as if it’s just as important to me as it is to them and my whole objective in life is the preservation of their abiding happiness. When they offer misguided unsolicited advice, or can’t even comprehend the difference between their browser and their file explorer, I’ll take it all in my stride without uttering a string of profanities that would surely make a sailor blush. I’ll even explain how to do things again, for the upteenth time – with a smile on my face. 🙂

This is a really tough one. Not long after I first met Dave he told me that, if something plugs into power or takes batteries, he wants one. I knew right there and then that we were kindred spirits. I currently own no less than 7 external hard drives and use only two. It’s that rotten spontaneity, I see a gadget at a super knockdown price and I just cant resist, whether I actually need it or not doesn’t even enter into the equation.

So, in future, whenever I see a cool discounted shiny new gadget, I’ll stop and consider whether I’m actually going to use it. Wait, what’s that I see, is that a pig flying overhead!

This is another typical geek trait, collecting old hardware and gadgets. Admit it, you have boxes and boxes full of old hardware components gathering dust, none of which have been powered up since Adam was a boy. Why do we keep it? Just in case… you never know, do you.

I have a workshop (aka the garage) full of old computer and electronic components that I’ll most likely never use. Old RAM cards that would be better suited in some historical museum, IDE hard drives with not enough capacity to even store a couple of decent to-do lists, old floppie drives. I stumbled across an old VCR/DVD combo the other day, minus remote control – I am just so reluctant to part with this stuff, can’t help it.

So, I’ve decided it’s time to have a good old fashioned clear out and make room for all the new gadgets I’m probably not going to use.

#6 – I will be more patient with newbie users

Actually, I reckon I’m already pretty good when dealing with novice users, but there’s always room for improvement, right? Everyone has a breaking point, a moment where frustration overload assumes control of one’s emotions. Like when needing to explain a very simple process in detail for the eleventeenth time, or when a client explains that the ‘thingee’ isn’t showing in the ‘whatsaname’ like it used to and expects us to comprehend what that means.

A female client rang me one time saying that her emails “weren’t going”. I asked her to open Internet Explorer and see if she could connect to the web, to which she replied “there’s no point in doing that”. Intrigued, I asked her why not. “Because the router isn’t switched on” she says. What are you gunna do!

I actually laughed out loud at that one, which probably wasn’t exactly the polite reaction either.

Anyway, even though patience is definitely not my long suit, in 2015 I’m going to try living more by the “patience is a virtue” creed. Grit the old teeth, grin and bear it – at least not throw the computer out the window again. (just kidding on that one)

Okay, your turn. What new year’s resolutions have you made that you’re probably not going to keep?