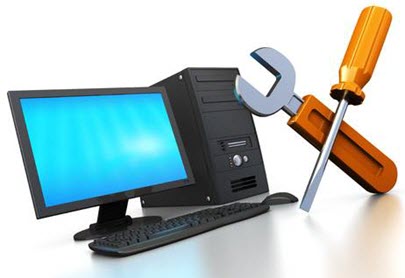 I am pretty sure most computer repairers would agree that the majority of PC issues we come across are self inflicted, often by something the user shouldn’t have done but did, and occasionally by something the user should have done but didn’t. Leaving this aside though, the next weakest link in the chain, in my experience anyway, is presented by the card slots built into motherboards, specifically the RAM slots.

RAM cards themselves are a fairly robust and reliable piece of hardware, problems mostly arise when microscopic particles of dust manage to wend their way down the gap twixt card and slot, thus creating a bad connection. Symptoms are generally zero display accompanied by emitting beep codes, or a fragmented display which sort of resembles a crazy mosaic.

The obvious cure is to clear away whatever is causing the faulty connection, in most cases dust. This is a pretty simple procedure but needs to be done properly in order to achieve any long term success.

About 4 years ago I received a call from a new client whose machine was suffering from the crazy mosaic display. Open arrival at her home the client informed me that she’d been paying a computer tech $80.00 every 3 months or so to “fix” the problem. It turns out all the computer tech had been doing was removing the RAM cards, giving them a cursory wipe over, and then popping them back into the slots.

This would be a temporary solution at best and had been going on for some two years, which meant the unsuspecting lady paid out in the vicinity of $600+ total, more than enough to replace the entire machine with a new one. The computer tech in question was either totally incompetent or totally lacking in ethics, I suspect the latter.

The correct method to fix this issue is actually two-step. First, clean the RAM card’s gold contacts using a clean soft cloth or cotton wool bud and isopropyl alcohol (or similar), making sure NOT to touch the contacts with your fingers at any time during the process. The second step is to blow out the slots on the motherboard using a can of compressed air. Performing the first step without cleaning the slots as well is only half a job and will generally only result in a short term solution.

The Process of Elimination 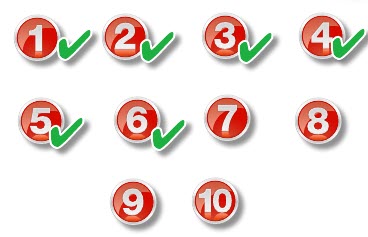 The worst possible way to go about fixing a suspected hardware issue is to attack it in a random fashion, always adopt a process of elimination. In the long run, shortcuts will often take a lot longer than a planned route.

About 2 years ago I had a client’s machine that would not turn on at all, no lights, no fan, no sign of activity whatsoever. My immediate reaction was that it must be a faulty PSU, logically, that seemed the most likely option. So I replaced the PSU with a new unit and guess what… still the same. Now I was stumped and hoping the motherboard wasn’t kaput.

So I bareboned the machine, that is I disconnected every piece of hardware that wasn’t essential to running the machine; including the ROM-drive, a second internal hard drive, PCI cards, and all but one RAM card… and… up she booted.

The next step was to start reconnecting everything again until the machine displayed the same fault. I got to the graphic card, connected it back up, powered up the machine, and… nothing. So, in this case it was a faulty graphic card and replacing same permanently fixed the issue.

My point being that it is highly unusual for this type of ‘no signs of life’ issue to be caused by a faulty graphic card and I would not have diagnosed the problem anywhere near as quickly had I not adopted this process of elimination approach.