Most of us know the 33 year history of Microsoft Windows by now and with one or two forced errors down the years, in my opinion the launch of Windows 10 in 2015 became a defining moment for the world’s favourite computer operating system.

“A computer on every desk and in every home.”
– Bill Gates, Microsoft chairman and chief executive officer, 1980

And it’s no coincidence that Windows 10 followed hot on the heels of Satya Nadella’s appointment as Microsoft CEO in 2014, himself being an experienced technician, in stark contrast to Steve Ballmer’s brash salesman approach.The ever so unpopular Metro tiled interface was given a welcome makeover among many other improvements, and as DCT writer Jim Hillier pointed out in his July 2015 article, 3 Burning Questions Microsoft Needs to Clarify about Windows 10, Windows 10 became a service. Since that time Windows 7 has remained stoically popular, as has Windows 8 for reasons that I still cannot fathom.

I like stats, but quite how they are measured is a mystery to me, particularly when Statcounter’s figures couldn’t be more different than those published by TechRepublic in this article:

But if you cast those stats aside and take them with a pinch of salt, it’s clear to see that Windows 10 is very much here to stay and in terms of usability, knocks mac OS and Linux completely out of the park. 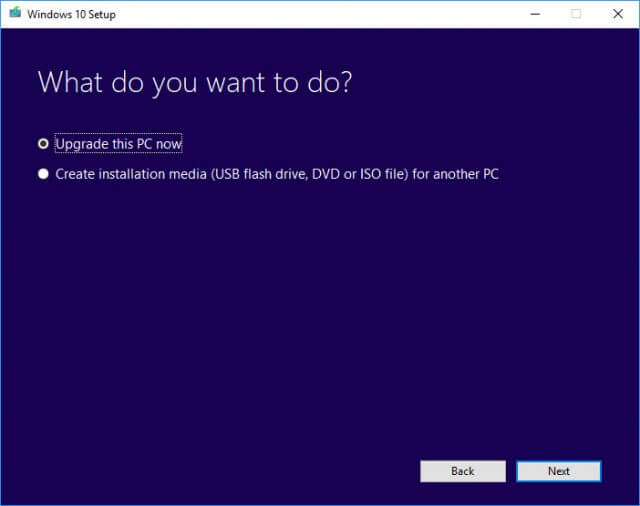 If you were lucky enough to take advantage of Microsoft’s special offer to upgrade free of charge to Windows 10 for a whole year until July 2016 and also through the Assistive Technologies loophole until December 2017, then you probably found your installation or upgrade to be a relatively simple process, just as I have done. With its ‘lite’ system requirements of a 1Ghz CPU and 1GB RAM (2GB for x64), the scope for upgrading was enormous and indeed I’ve installed Windows 10 on some fairly lowly machines including single core Athlons with 1GB of RAM. Most PCs today have USB ports with the ability to boot from a pen-drive and by using the Media Creation Tool from Microsoft, the entire process couldn’t be simpler. In fact, it can be used to either upgrade the current machine or to prepare the pen-drive for a clean install elsewhere. Combine this with a fast CPU, plenty of RAM and an SSD (Solid State Drive) and you’re looking at a Windows 10 installation that shouldn’t take longer than about 20 minutes from boot to shiny new desktop. 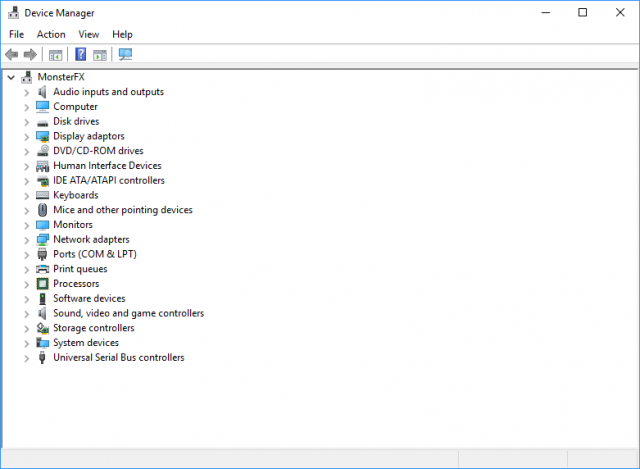 There are always driver exceptions of course, mainly with laptops, but in my experience of installing Windows 10, 99% of the time all the necessary drivers are installed during installation, including such devices as WiFi and network adapters, up to and including GPUs. The pain of needing to hunt around for those elusive drivers has not been completely eradicated, but Windows 10 gets you up and running faster than any OS I’ve come across to date.

3 – From Power Button To Desktop In Seconds 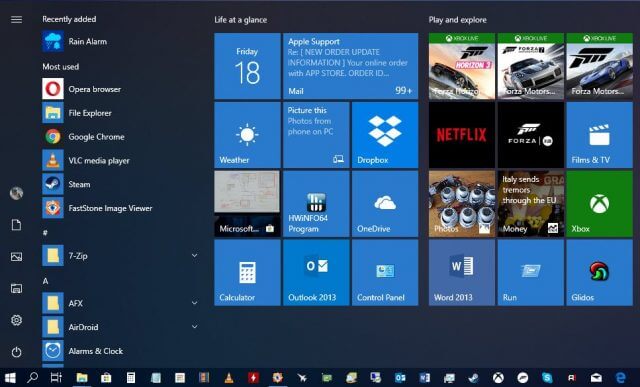 Again, depending on your PC configuration, the time it takes to get from pressing that power button to a working desktop is drastically reduced with Windows 10 and in most cases can be measured in seconds. In fact, on my aging Phenom II x4 965 work machine, which I use for technical day to day use, I can be at a working desktop in less than 45 seconds from pressing the power switch. This is helped greatly by having an SSD, a quad-core CPU, 16GB of RAM and a clutter free start-up configuration. 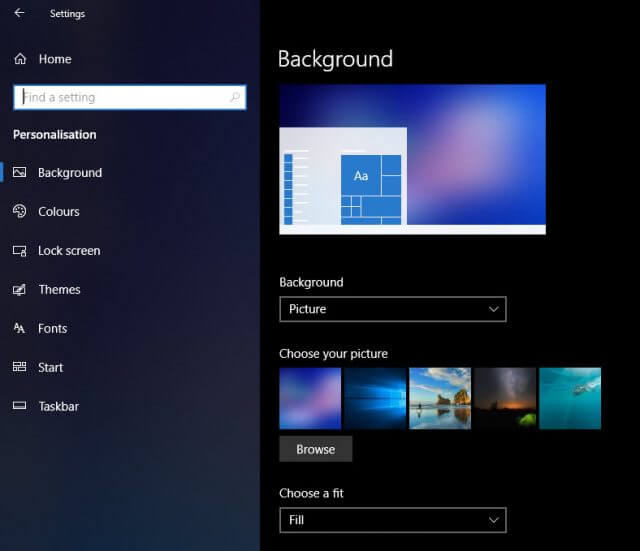 It’s utterly pointless to compare Windows to MacOS/OS X or Linux in any way whatsoever, but for me, the outstanding aspect of Windows 10 that literally trounces the opposition is its multifarious flexibility. It can be personalised in so many ways without the need for third-party add-ons  and with the debacle of Windows 8 now safely behind us– the restoration of the Start Menu to some semblance of its old self, for example– customising Windows 10 can be achieved in so many different ways. Put the Task Bar on any of the four edges of your screen, go dark with your theme, customise the Start Menu (ex Start Screen) with as many or as few tiles as you wish, change the language, colours, theme and many more user options of Windows.

Clearly this is an area where the Windows ecosystem leads the way in a very similar fashion to the Android OS, with both being open to practically infinite customisation through both paid and free Apps. If there’s an aspect of Windows 10 that cannot be tweaked by a registry hack or Windows Settings, you can be sure that some clever soul has written some code for you to download. Prime examples of this are Classic Shell and Start 10, which restore the Start Menu to resemble Windows 7 or earlier. In fact, I shelled out a few dollars for Start 10 because I’m an inveterate tweaker and my Start configuration looks a little tidier than simply removing all the tiles from Start. There are a myriad of customisations you can install including all-in-one tweakers such as Ultimate Windows Tweaker, theme changers such as Stardock’s Windows Blinds, Object Dock, Fences and Nexus Dock among thousands of others which I covered in an article last year which you can read here: How I Customised My Desktop With Docks And Gadgets 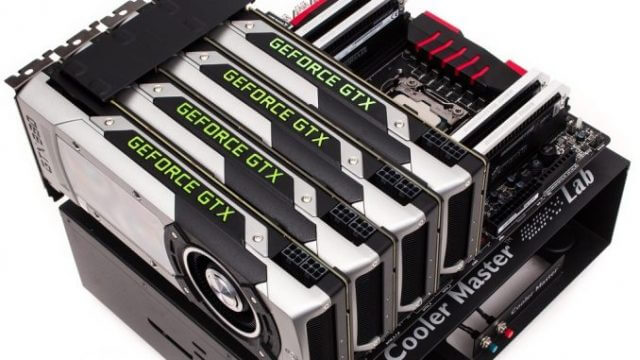 Unless you’re changing your motherboard and CPU, Windows 10 is very accommodating. Adding an SSD, changing your GPU and peripherals such as keyboard and mouse can be done with ease due to the OS’s innate flexibility. In fact, on both of my gaming machines I’ve swapped out GPUs, SSDs, keyboards and mice numerous times since I first installed Windows 10 with no problems whatsoever. 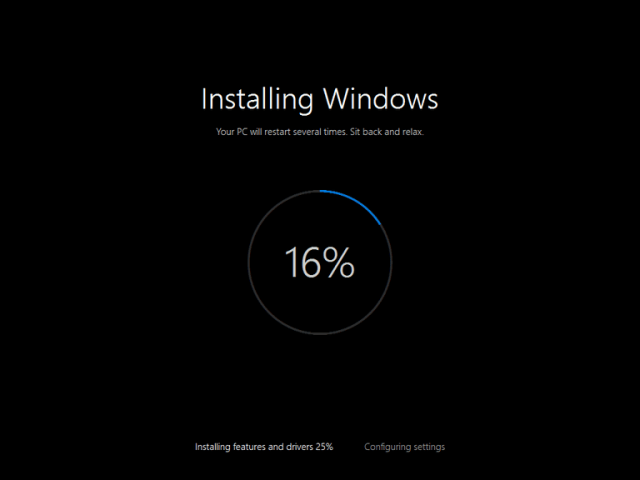 In our house there are a total of seven PCs running Windows 10, with five running the OS from an SSD, and since the Windows license is now tied to your hardware configuration– principally the motherboard and CPU– you’re free to reinstall the system on that same PC as many times as you wish without the need to enter product keys or manually activate Windows. Activation is automatic, happens once you connect to the Net and takes place quietly and unobtrusively in the background. For technicians like me who reinstall Windows frequently on customers’ PCs, this is a major benefit since most people don’t keep a record of product keys and simply want their machine to work the way it should. 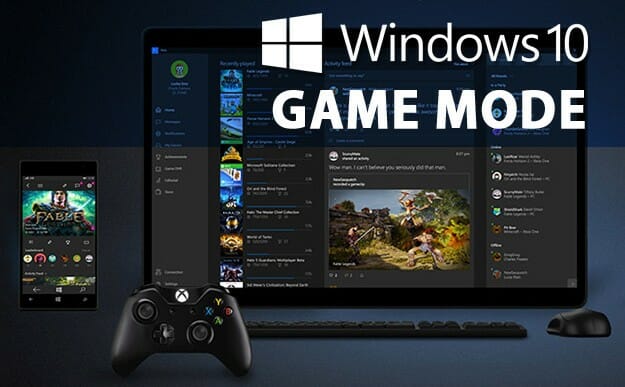 Without doubt, Windows is the premier platform of choice for gamers and has been since the years of DOS. Whilst other OSs struggle to bring the gaming experience to users with programs such as WINE on Linux or Wineskin and Boot Camp on Mac, I found the entire experience to be more trouble than it’s worth– although I’m happy to give it another stab. On the other hand, Windows 10 will let you play practically every game that’s ever been written, either through Compatibility Mode or by using the remarkable DOSBox, an x86 emulator which will have you running your favourite games from previous decades in no time at all. I’ve been gaming on PCs since Windows 3.1 and from time to time can still play those older games in Windows 10 through DOSBox or setting Windows in compatibility mode, which is a mark of the OSs true capability as a gaming platform. Today’s games, of course, are very hardware demanding and whilst GPU drivers are arguably the most important component in any gaming experience, you’ll find them updated by AMD and Nvidia frequently for Windows 10 and Linux, but for Mac it’s an entirely different proposition. In short, games on Windows 10 simply work out of the box and are brought to life in wondrous ways. Add to that Windows 10’s Gaming Mode and Game DVR and it’s easy to see that Microsoft has finally begun to take gaming very seriously. 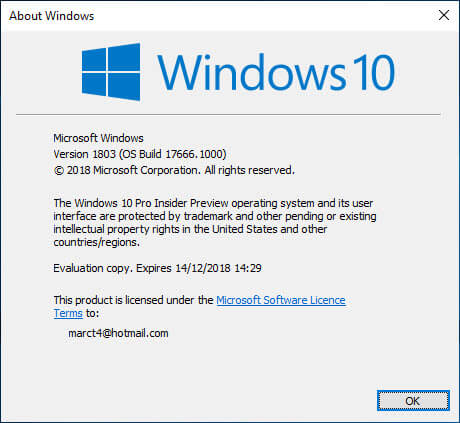 On my technical gaming PC I’m subscribed to Windows Insider which allows me to test pre-production features of the OS before official updates are more widely released to the public. In fact, I’m currently running Windows 10 version 1803, build 17666 and taking advantage of some cool new features such as Explorer Dark Mode. 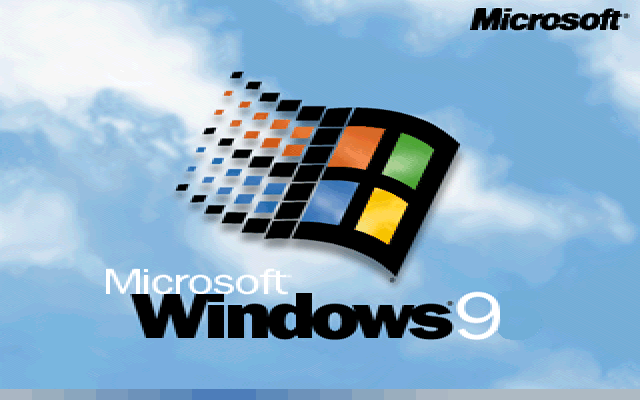 I may need to see a shrink for nominating this, the tenth reason why Windows 10 is the best operating system of all time. After all, why should the number nine be discriminated against? I’ll tell you why– because it comes hot on the heels of eight, which as we all know was designated to that mish-mash, ill-thought-out abortion, previously known as Windows 8. It’s hardly surprising, therefore, that Microsoft wished to distance itself from that particular fiasco and why they skipped a number by settling on Windows 10, thus redeeming themselves and in the process moving the OS to the sunlit uplands of a nice, tidy round number that’s now recognised as the best, most complete desktop operating system of all time.