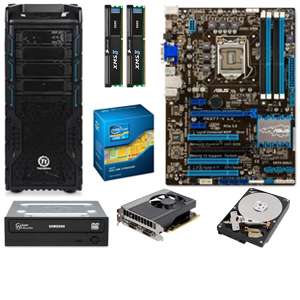 When it comes to purchasing a computer, you, as a consumer, literally have hundreds of options to choose from. Each manufacturer has different builds with different specifications at different prices. Ideally, the more you spend, the better performing computer you will get.  And, usually, a computer you buy today will be a pretty solid machine for the time being.

However, due to the fact that computer technology noticeably advances and improves every couple of years, the computer you buy today is often times obsolete within just a few years. Even the most expensive computers of today can struggle with the technology of tomorrow.

This rapid change of landscape in the computer industry means that if you want to stay relevant with the latest computing technology, you have to go out and buy a new computer every few years. This is fine if you don’t mind paying for a new system three or four times a decade. But if you’d like to save yourself some money without sacrificing performance, there is a better option: you can build your own computer.

The Two Main Benefits of Building Your Own Computer

1 – Building Your Own PC Will Save You Money

First off, building your own system might save you some right money now and it will definitely save you money over the long run.

The reason why I say that it might save you money now, is that in a lot of cases the parts that it will cost to build a computer will actually be less than it would cost to buy the same computer pre-built from the manufacturer. The reason for this is obvious: manufacturers have to markup the price of their computers in order to turn a profit. The general rule of thumb is that the more expensive the pre-built computer, the more money you can save by building it yourself.

However, since computer manufacturers are able to buy their components in large quantities, they often receive a huge discount and can get their components at a much lower cost than you could get them. So, in some cases, they are actually able to sell their pre-built machines at a lower price than it would cost to build the same computer.

Although, even if a system costs more to build than it does to buy it pre-built, it usually isn’t by much. And, by building your own computer, you will gain the knowledge and experience necessary to know how to make upgrades as they become needed. By upgrading certain components in your computer you will avoid having to buy a whole new computer every couple of years. Sometimes all you need is more storage space, or more memory, while other times you will need a new processor, or motherboard. In any case, it will cost you a lot less to make a few upgrades every couple of years than it will to purchase a brand new system.

Another thing to point out is that computer manufacturers are also known to maximize their profits by using low-quality components in their systems. In fact, go ahead and open up your computer right now and take a look at your power supply. Chances are that it’s a pretty generic PSU and it’s also likely that it’s not a quality 80 PLUS certified unit… but that’s not the only area where manufacturers will cut costs. Other problems you will run into with a pre-built machine are: a case that doesn’t provide good air flow, a limited motherboard, and a lack of options for adding more storage and media devices. All these factors may not play a huge role in performance, but they will sacrifice the quality of the computer and will contribute to a shortened lifespan.

In the end, the lower the quality of the components inside of your computer, the sooner you will have to replace it and the more money you will have to spend over the long run. That’s why building your own computer provides you with another great benefit… 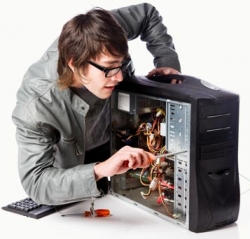 2 – You Get to Control the Quality of Your Build

When you build your own system, you are in complete control over the quality that goes into your build, because you choose all of your components. As mentioned above, one of the ways that computer manufacturers maximize their profits is by choosing low quality components to place in their systems. No, they do not put bad processors in their computers because processors have marketing value. A high-end processor will generate sales. On the other hand, components like your power supply and motherboard generally won’t get people excited. How many times have you gotten excited about a computer because it boasts a 550W 80 PLUS Gold certified power supply? Probably never.

With full control over the components in your system, you can ensure that you put together a balanced build. Basically, a balanced computer is one that doesn’t sacrifice performance in some areas in order to gain performance in others. Or, in other words, a balanced computer will not have a high-end processor paired together with a low-end motherboard and power supply. And, even though your power supply and motherboard won’t directly contribute to the performance of your computer, if they are faulty they can cause your system to fry and then your computer won’t be performing at all.

By ensuring that you have quality components throughout your computer, you can almost guarantee that your system will run longer and better than a pre-built system of a comparable price.

Most people will never build their own computer because they are intimidated by the technology. However, if you can read and operate a screwdriver, there’s a pretty good chance that you can assemble your own PC. In doing so, you’ll save yourself some money and you’ll ensure that you get a higher quality system.

If you do decide to build your own PC, make sure you check out the step-by-step computer-building guide Dave put up a while back. It will take you through the entire building process. And, if you have any questions, don’t hesitate to post them below in the comment section.

Brent is a long time PC gamer and computer-building enthusiast. While he does enjoy playing his favorite PC games, he actually enjoys making upgrades to his computer so that it performs better than playing the actual games themselves. Brent is the owner of Elite Gaming Computers - a site dedicated to helping PC gamers make informed decisions on their gaming computers and hardware. His goal is to help users and gamers through the building process so that they can enjoy the satisfaction that comes with building their own system.

3 thoughts on “Why You Should Build Your Own PC”