This question crops up quite a lot and the answer has more to do with procedure than the end result. Both disk cloning and disk imaging will copy the entire contents of one hard drive to another, including all data required for booting to the operating system. However, there are subtle differences which make each method suitable for differing purposes.

Disk cloning is a direct disk-to-disk method for creating an exact copy. There is no intermediary process, simply connect both drives and clone the contents from the source drive to the destination drive. Once completed, the two drives will be interchangeable, both will hold the identical data (at time of cloning) and both will boot to the identical system.

Disk imaging, on the other hand, is NOT a direct disk-to-disk method and requires an intermediary process. One cannot create a copy of a hard drive simply by placing a disk image file on it; the image needs to be opened and installed (restored) on the drive via the same imaging software that was used to create it.

As I said earlier, the end result with both methods is pretty much identical, only the path differs. If you create and save an image of a hard drive and then immediately restore that image to a second hard drive, you have, in essence, created a ‘clone’ of the original drive.

Cloning vs Imaging – Where and When? 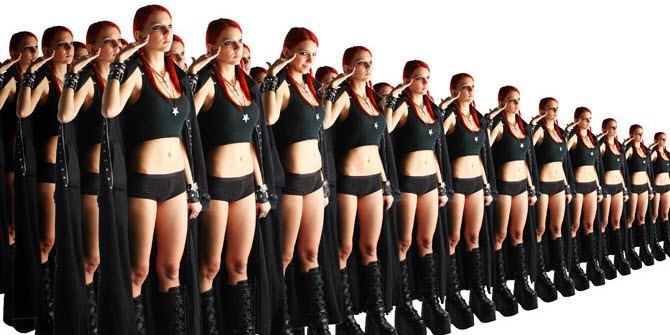 Disk cloning is primary utilized to transfer entire disk content onto a new hard drive. For example; if you upgrade a hard drive to a new one with larger capacity, disk cloning is the preferred method. It’s direct, convenient, and immediate.

On the other hand, while disk imaging can certainly be used to clone a hard drive, it is primarily utilized for backup purposes. Disk imaging is eminently suitable for creating full system backups. Because the images consist of a single compressed file, multiple images can be stored on a single external hard drive ready for restoration. For example; my Windows 7 system currently occupies 90GB of space on the hard drive, my latest Windows 7 system image is a little over 33GB.

While disk cloning can also be used for backup purposes via creating a clone and then tucking the cloned drive safely away, you’d need to be frequently re-cloning at regular intervals in order to maintain an up-to-date backup. Or utilize multiple hard drives to progressively create clones at various stages as you went along:  disk cloning = a single copy per drive ~~ disk imaging = multiple copies per drive.

9 thoughts on “What’s the Difference: Disk Cloning vs Disk Imaging”