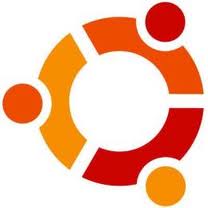 Ubuntu has long been considered one the most innovative distros among the Linux set and Ubuntu developers are now planning an initiative which should not only make Linux fans sit up and take notice but maybe create ripples in Windowsland too. Ubuntu founder Mark Shuttleworth has announced the dumping of standard menus, traditionally utilized for interacting with the OS, in favor of a new Heads-Up Display (HUD).

The new navigation system is similar to the predictive menu which is available via the search dialogue box at the bottom of Windows 7 Start menu, only expanded across the entire system and much more attuned to possibilities. Simply hit the ‘Alt’ key to bring up a translucent dialogue box and start typing in your command, the predictive menu will immediately begin displaying nearest suggestions. Mark Shuttleworth describes it as an “intent-driven interface”.

Even more exciting is the proposed introduction of extensive voice command support. “The Vocabulary User Interface (VIU) will allow users to control Ubuntu simply by talking into it“, Mark Shuttleworth explained...

some of the benefits include fuzzy matching, in which imprecise commands are matched to user intent, and “smart” learning so the operating system can prioritize habitual behavior. It will also work with the system itself as well as the focused app. When you’ve been using it for a little while, it seems like it’s reading your mind, in a good way.

However, by Mark Shuttleworth’s own admission, proper implementation of full voice control is not going to happen overnight…

The full integration of voice into applications will take some time. We can start by mapping voice onto the existing menu structures of your app. And it will only get better from there. There is lots to discover, refine and implement. I have a feeling this will be a lot of fun in the next two years.

The HUD, on the other hand, is to be incorporated into Ubuntu 12.04 with the new release due toward the end of April.

Mark Shuttleworth’s blog post is well worth the read, it can be viewed it in full HERE.