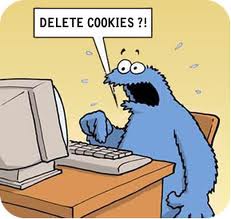 The news that Firefox 22 is set to block third party cookies by default has, unsurprisingly, not been well received by the online ad industry. On the other hand, I’d expect the majority of users to greet the decision with a modicum of… ‘way to go Mozilla!!’. But is it that simple, is perhaps our own self interest likely to end up exacerbating an undermining of the internet as we know it?


If Mozilla follows through on its plan … the disruption will disenfranchise every single Internet user. All of us will lose the freedom to choose our own online experiences; we will lose the opportunity to monitor and protect our privacy; and we will lose the chance to benefit from independent sites … because thousands of small businesses that make up the diversity of content and services online will be forced to close their doors.

I must say, in all honesty, I do agree with Mr. Rothenberg and the online ad industry’s stance to a certain extent. Many, many sites, including our very own DCT, rely solely on ad revenue for survival. We’re not talking about making huge profits here, we’re talking about merely trying to cover overheads, where even a moderate decrease in ad revenue could mean possible (even probable) extinction for literally thousands of sites. Or, perhaps even worse, irreversibly change the ‘free-of- charge’ nature of the internet we all know and enjoy today into one which is primarily subscription based. I am a strong privacy advocate but I also honestly believe we can take the ideal too far, to the extent where we wander off the path of pragmatism. Insistence on absolute privacy could easily and quickly lead to catastrophic changes in the way content and services are delivered online and ultimately destroy our very own freedoms of choice. Imagine the millions of ‘little’ sites gone and the bigger more powerful sites, often backed by major corporations,  exerting even more dominance and influence, virtually monopolizing the internet… not a pretty picture!

The move by Mozilla to block 3rd party tracking cookies by default is not in itself a seriously crippling move but I can appreciate the ad industry’s concerns that it may well be a stepping stone to ever more stringent measures… especially when one considers the adverse publicity associated with tracking cookies of late. Personally, I believe this near paranoid attitude displayed by some privacy advocates is misplaced. These cookies do NOT know who you are, they do not collect personally identifying information. They are merely utilized to help evaluate a user’s online browsing trends in an effort to offer ads which are of

particular interest. If someone says to me, “but they know which sites I am visiting”… I say, so what!!

I am not, for one minute, attempting to diminish the importance of online privacy. I just feel there is a ratio between degree of criticality and consequences of actions which needs to be taken into consideration… a little lateral thinking. Advertising is, to a certain extent, the lifeblood of the internet, and there are many aspects of online privacy which are far more intrusive and threatening  than mere tracking cookies. If tracking users online shopping habits can in any way help maintain a viable online ad industry which is essential to the long term survival of the internet as we know it… and the freedoms it currently offers… then I believe it is an extremely worthwhile trade-off.

So, what do you think?

7 thoughts on “Track or Do Not Track – What do you think?”