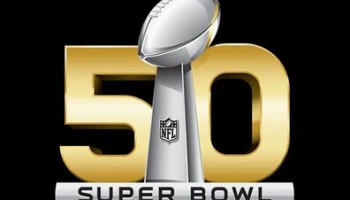 As a tech, you would think that my life was only about technology. Not true! There is something else I enjoy almost as much. That would be American Football, and when you combine the two, that’s my idea of heaven. It is almost time for the Super Bowl here in the States. So, while watching some great football games this year (Broncos vs Patriots!) I got to thinking about the technology the NFL uses. But before we get into the list let me give you some my background (because I love sharing).

When I was a kid, everybody in my family was a big Denver Broncos fan. My dad would love to watch the games with us kids. Back then John Elway was our quarterback and we always loved watching him play. The excitement from the game and my dad planted the seed for me to be a fan of football for life. Even now I still love watching the Denver Broncos and even the Seattle Seahawks (due to being married to a Seahawk Fan). With that background it is no surprise that this is just the type of article I would enjoy writing. Now that you know the background let’s get this list started.

The first one I would like to cover is some of the amazing stadium technologies that we have out there. 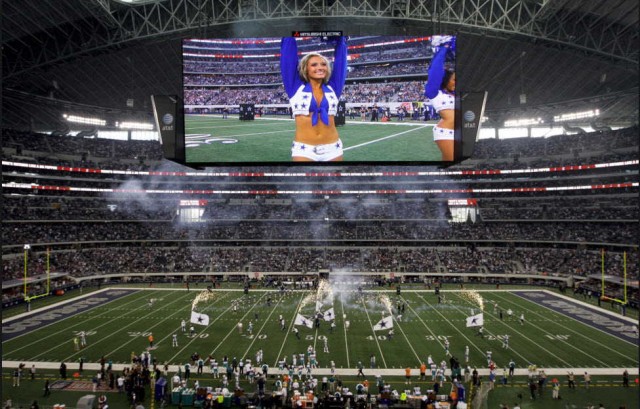 Yep Texas knows how to make things big. This Texas-size screen would be a great edition to anyone’s Stadium/Living Room. Let’s give some stats on this monster screen. It was installed by the Dallas Cowboys back in 2009. The two center display screens measure 72 feet tall and 160 feet wide (11,393 ft2 per side). This is amazing when you consider the average size home in the US in 2009 was under 2,500 ft2.  I would love to see the remote control for this tech marvel. 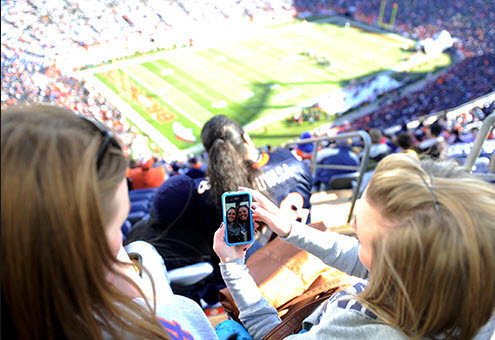 Now that you have seen the biggest screen you will probable ever see again. Stadiums are trying to make your visit work for you. With everyone needing WiFi access because of all our smart devices, companies like AT&T, CISCO and Verizon have stepped in to help.

Many large stadiums have installed or will be installing 700+ wireless access points.  AT&T, CISCO and Verizon have provided end-to-end wireless network service. Now you can Tweet, Facebook, Instagram or whatever you do until your little heart explodes with happiness.

Next on my list is the technology they are using to coach. 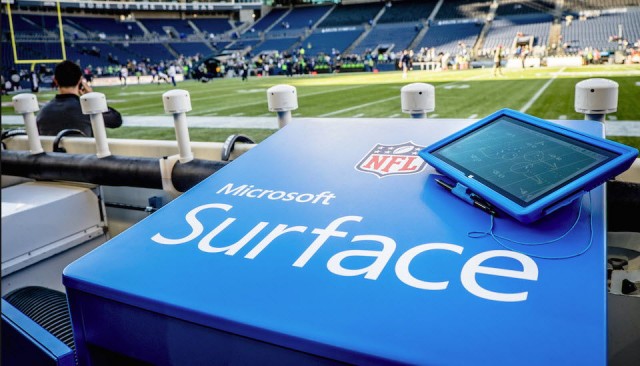 Coaching can be hard but with this technology it should come a little easier. The Microsoft Surface and the Sideline Viewing System are new to the NFL but are being used on every team. The nice thing about this tech is instead of the coaches getting a faxed black and white image they get high resolution colored images of the field. This device has not been as reliable as they hoped (Microsoft seems to like to have the consumer work out the bugs for them) but still a big improvement. 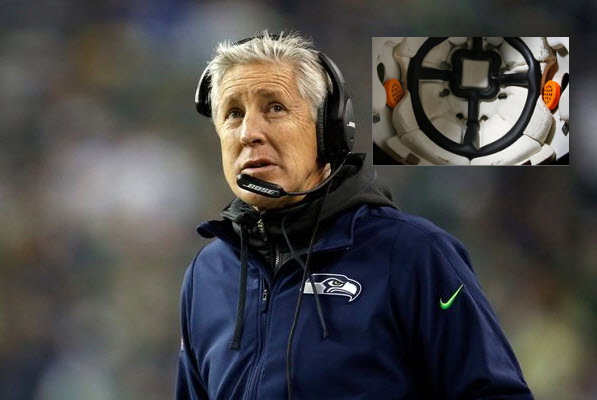 Since we are talking about coaching we need to bring up how to communicate with your players on the field. This is called Coach-To-Player Communications system and it was first used in 1956 by Paul Brown coach of the Cleveland Browns. Then in 2008 the NFL finally allowed the defensive side to use this technology. Now they just need to make sure no one intercepts the communication signal. 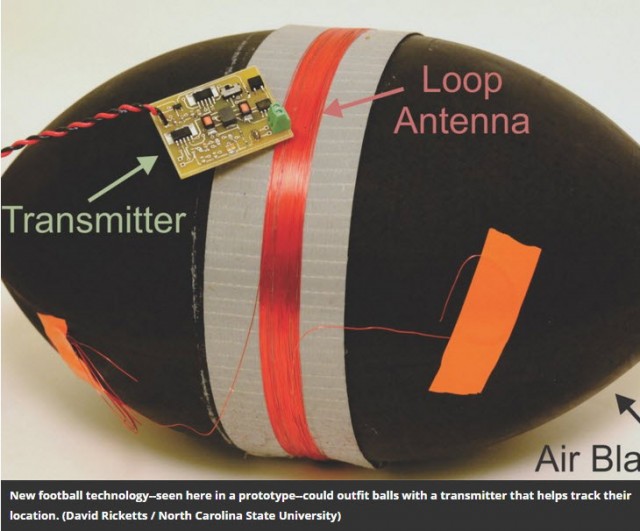 The Football Tracker is coming. I love the chain they use but it would be nice to track the ball electronically. This is something they have been testing. At the beginning of last year, they actually used some balls equipped with these trackers at the Pro Bowl. The system is still being tested but it has promise. Tracking sensors are already being used in player’s shoulder pads. Hell, if we can track everyone with a phone why not use that technology in football. 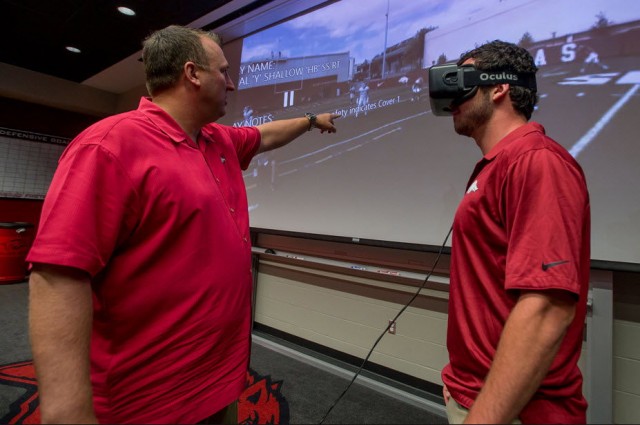 Last but not least is Number 6 on this list and it is just getting started in the NFL. Virtual Reality has entered the game and the Dallas Cowboys are the first to ride this Bull. I think this is going to replace those game tapes from practice. The VR device uses video captured from cameras set near the line of scrimmage. It creates a 360-degree view of the field they can use to look at plays from every angle. A great way for a player to see what he needs to work on.

The advances they have been making are amazing and I can’t wait to see what happens in the next 20 years. Will I need to explain to my grandsons how we used to play the game and how the new players have gotten “soft”?

What do you think about this technology?