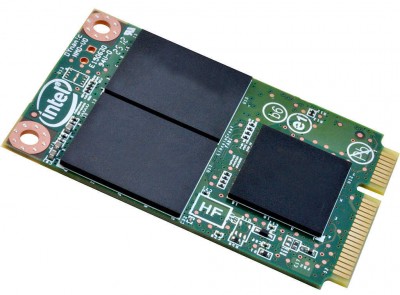 In the old days, when Solid State Drives first “came out”, there was a big problem with write cycles. The more you wrote to them, the worse it got. Every single write to the drive shortened its life by a big chunk. Not so, anymore…

It used to be that we were confounded and cursed by poor controllers, poor hardware, and poor engineering. That is to be expected in a new electronic world. I most certainly am not condemning these very smart, in the forefront, people. Kudos to all of them for their brilliant work, but…

This will probably be the last article I ever write about Solid State Drives vs Defragmentation. Things have changed for the better in these regards. The only reason I might broach the subject again is if things dramatically change in the future. I am simply worn out. Besides, I now believe the current technology has advanced far enough to satisfy me in regards to the longevity of the system. Writes be damned! They no longer matter that much.

It used to be that every write to an SSD was on par with a deprivation of life– that is still true, but to a much lesser degree. I used to preach about how every write to an SSD should be treated like a virus. I used to write articles about how to avoid all these ‘writes’ to SSDs because they were so debilitating to the hardware. Now, I don’t care so much. The entire matter has become pretty much moot. Technology has changed, and so must my advice.

Everyone knows that Solid State Drives (SSDs) should never be defragmented. It is counter-intuitive and, given their weakness to write cycles, it is simply not recommended.

A Trim command (commonly typeset as TRIM) allows an operating system to inform a solid-state drive (SSD) which blocks of data are no longer considered in use and can be wiped internally.

Windows 7 came to know about SSDs and utilized this function. Unfortunately, Windows eXPerience is still ignorant of this new innovation. Another good reason to move on…especially if you plan to upgrade your hardware.

Then, in Windows 8 and beyond, came a more sophisticated approach. They, meaning Microsoft, said that due to the specific limitations of NTFS, defragmentation is necessary after all. Do not fear the strong term “defragmentation”, because it really no longer exists, at least not in the original sense of the word. Now it simply means TRIM. And TRIM is basically harmless and, in fact, can do a great bit of good along the way.

SSDs are no longer considered to be less rigorous than a standard Mechanical Hard Disk Drive (colloquially referred to as a “spinner”). The dreaded short-time due to excessive writes is no longer a real-life factor. They are expected to last as long as a spinner and this means there is no longer anything to worry about regarding disk writes. Five years is the “spinner” standard. Some last much longer, some much less. The same holds true for SSDs. It all boils down to how you use it. If it gets used a lot, then expect a shorter life time, and vice versa. Nothing unusual there.

The scheduled TRIM, or dreaded SSD Defragment Command, issued by Windows on a regular basis, should no longer be feared. Based on personal experimentation, the TRIM command does not take more than a few seconds and does not constitute a major, complete, defragmentation process.

Since we are all so smart now, I think it’s time to shuck the concern about TRIM-based defragmentation of SSDs. The worry is unwarranted, and the SSDs seem to be perfectly happy with that decision…

4 thoughts on “SSD and Defragmentation – The Final Statement”