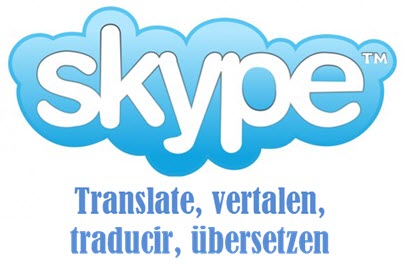 The Internet has provided us with such a great range of wonderful resources, and no more so than in the field of communications. Some may consider this a tad overstated but, in my humble opinion, Skype represents one of the technological marvels of the modern era.

The DCT Team “meets” each week on Skype to say g’day and discuss matters in general, and it never ceases to amaze me that I am able to sit here in Australia and video chat with Dave, Richard, Judy, and Sherri from all over America, as well as Marc in Argentina. The Internet and Skype in particular have certainly made the world a smaller place.

Now, Microsoft is working toward the next big innovation in trans-border communications, a built-in translator for Skype. Skype Translator is still in ‘Preview’ mode and currently supports only two languages, English and Spanish. However, can you imagine when the full scope of languages is supported just what doors the finished product will open. It’s an exciting prospect indeed to think we’ll be able to chat with people across the entire globe with no language barriers to overcome.

In a recent blog announcement, Microsoft confirmed its dedication to eventually providing a Skype Translator service which covers as many languages as possible, although the company did not specify a time frame:

This is just the beginning of a journey that will transform the way we communicate with people around the world. Our long-term goal for speech translation is to translate as many languages as possible on as many platforms as possible and deliver the best Skype Translator experience on each individual platform for our more than 300 million connected users.

The Skype Translator Preview is starting out with support for Windows 8.1 on the desktop and phones. If you’ve got either of those devices, you can sign up right now. You can still sign up for the preview even if you’re not a native English or Spanish speaker. The form will ask you to set a language preference, which will then be used to prioritize the addition of other languages into Skype Translator.

Personally, I can’t wait to give it a shot.

Actually, our own Marc Thomas is fluent in Spanish… how about it mate, are you up for it?