Maybe I’m old fashioned but it seems to me more and more people are relying on more and more apps to help them out with situations which were once governed by common sense. Or maybe casual entertainment has become so device-centric that we’re losing the ability to keep ourselves amused without them? 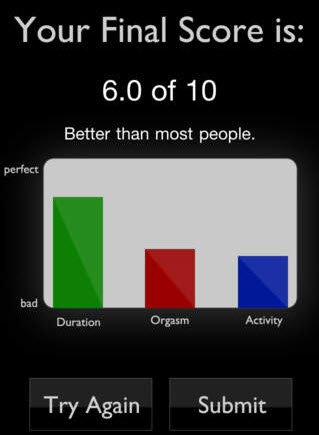 What about this app called “Passion” which for a mere 99 cents supposedly uses the iPhone’s microphone and accelerometer to somehow gauge the user’s sexual performance. Seriously? If someone is so insecure that they need to pay for an app to rate their sexual performance, that should already be enough of a clue that they’re probably pretty bad at it.

“Try Again”, really? You’re a better man than I am, Gunga Din!

While on the “sexual” theme, there’s actually an Android app called ‘The Predicktor’ which claims to be able to tell the size of a man’s penis by taking into account factors like height, index finger size, and sexual orientation. This silly app costs .99 cents with no guarantee of getting it right. I just want to know what happens when the user presses the “share” button? 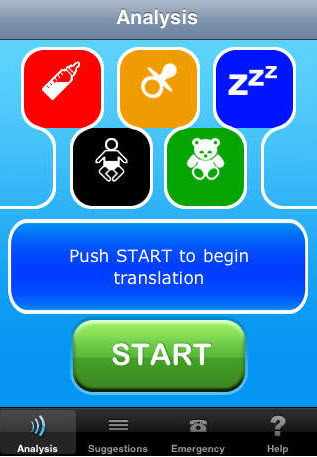 And then we have this OMG inspiring app called “Cry Translator” which, according to the developer’s description “reliably analyzes and diagnoses your baby’s cry, then recommends helpful solutions – all in less than 10 seconds! Is your baby hungry, sleepy, annoyed, stressed or bored? The Cry Translator will tell you.” It gets better, or perhaps worse – it also gives “suggestions” as to what you’re supposed to do in each case. All this for a mere $6.50. Seriously, even for new parents, if you don’t know why your baby is crying, use your phone by all means but use it to call Grandma, or big sister, or Aunty anybody.

Blackberry isn’t immune to silly apps either. There is absolutely nothing wrong with improving healthcare. However, is anyone really that unsure about their dental hygiene habits that they’d pay $4 for an app when all it does is give advice on how to take care of your teeth? A Blackberry app called ‘Bright Smile’ provides the user with brushing techniques and a customizable timer, just in case they haven’t figured out yet how long they’re supposed to brush for. Are people today missing out on so much childhood training that they actually need an app to tell them how or when to brush their teeth, or for how long? 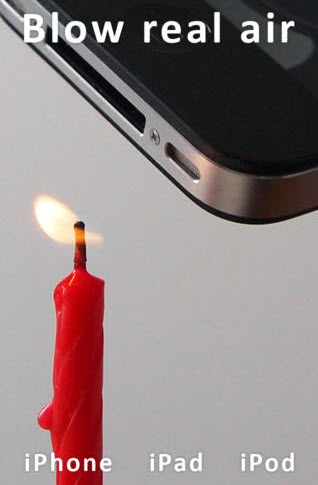 Want to be able to blow out a candle with a minimum of effort? Then maybe the $1.29 Blower app is for you. This app emits a tiny puff of wind out of your phone’s speakers (to very little effect according to the reviews on the iTunes site).  To paraphrase one of the most famous movie quotes of all time…”You know how to blow out a candle don’t you, just put your lips together and blow”.

Ever wondered how skilled you are at licking? No? Me neither. But there’s an app that for a mere $2.49 will rate your lickability anyway. Its called iLickit – and all you have to do is lick the screen to receive an expert appraisal of your licking ability. I wonder how we ever got by without this one? 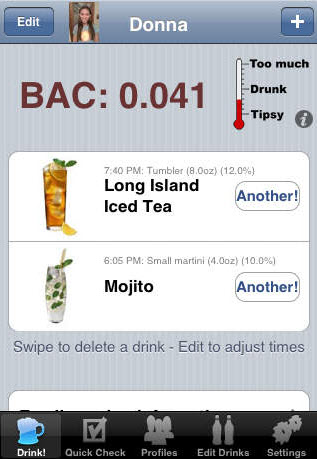 For $3.99 you can keep track of your alcohol intake via this silly app called DrinkBuddy. Each time you partake of a beverage you input the details and DrinkBuddy takes care of the rest. This may be all well and good in theory, but what about later on, once sobriety goes out the window? I just can’t see some half sloshed DrinkBuddy user fumbling for their phone each time they have a drink. I would imagine that, after a while, the very fact that the screen is blurry and several versions of the same buttons magically appear might be a huge clue as to the level of sobriety all by itself – not to mention the difficulties with maintaining an accurate record under these conditions.

An old mate of mine lived his life by a very simple philosophy; he would go to bed when it was dark, get up when it was light, eat when he was hungry, and drink until he fell over. Mind you, he did pass away at the tender age of 51.

Of course, there are many more of these sorts of silly apps out there, one recent notable offering being “Yo”, the one word messaging app, but at least that piece of nonsense doesn’t cost anything. What’s really worrying is that many of these silly apps are quite popular… it’s a mad, mad, mad, mad world!

Have you come across any silly or useless apps? Let us know via the comments.

4 thoughts on “Silly Apps: Has the World Gone Mad”