A woman brought me her Vista laptop to fix. First there was a BIOS password she wanted removed. Since she knew the password that was no problem. Just go into the BIOS, look for the password options, then reset them by leaving them blank.

Then there was an update issue where the system kept rebooting at a screen reading Configuring updates stage 3 of 3. 0% complete. In this case I had to go to C:\windows\winsxs and rename a file called pending.xml. You could just delete the file but it’s better to backup by renaming it something like pending.old

When the computer started up the update screen blinked for a few seconds but then it booted directly into Windows. 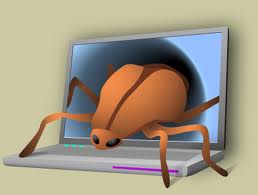 It stalled for a while before the desktop loaded so I decided to boot down in Safe Mode and run a few scans. It had a lot of Malware crap installed on it. She mentioned something about a popup in Chrome, the kind that tells you your system is infected – and they are even nice enough to offer to fix it for you if you call this number…

Anyway, usually Malwarebytes is my first choice, but for some reason I decided on Superantispyware instead. Maybe because originally I was thinking about going with a quick scan instead of a full scan and Malwarebytes doesn’t give you that option in the free versions any more. Also, there was an internet connection issue. In cases such as these, Superantispyware has a portable version which includes all updated definitions to the time when it’s made available on their site. Which means you can download SAS portable to flash drive on a fully working PC and then run it on the broken PC: http://www.superantispyware.com/index.html

Then I started the computer normally. The wireless still wasn’t working. So I tried every trick in the book to get it to connect. Resetting, renewing, re-installing. Nothing worked. I didn’t find out until much later when the client called and told me that “it had never worked“. So I finally decided to finish this off by resetting the browsers.

I restarted the system one last time to make sure everything was okay. It wasn’t! Just about every program was crashing with the error The application was unable to start correctly (0xc0000022). Again tried a number suggestions online with no luck, including SFC /scannow and a hard drive check. System restore wasn’t working either.

It was enabled, system restore that is, but I’m thinking it didn’t have any restore points available because of lack of free space on the hard drive. She had one of those laptops where they partition the drive, one for the OS and one for DATA. I always hate when manufacturers do this, mainly because most users are not aware of the two partitions or how to take advantage of this setup. So they end up with a ‘C’ drive that keeps filling up and a ‘D’ drive that remains empty.

I clicked on the Start button > then right-clicked Manage and, in the Computer Management box that opened, clicked on Disk Management in the left hand menu. My goal; delete partition D and expand C to take up the free space. It’s usually just a matter of right-clicking and deleting but the swap file was on D and I couldn’t delete it. So I had to move that back to C first. Then I was able to delete it, and by right-clicking on C I was able to extend it. Lack of hard drive space solved.

note: screenshots are from my own computer:

And then, on top of that, a component called WMI kept crashing. To fix this part I did the following in Safe Mode in a command prompt:

Then I went to the folder c:\system32\wbem to find a folder called repository and I renamed it repository.old. Then at the command prompt typed the following: net start winmgmt. This stopped the WMI problem but not the other.

So I decided to create a new user profile. I cleared out one computer like this before but this time it didn’t work because now all the Network components had disappeared off the system. Enough! I’m going to try a system reset.

Time for a System Reset

I tried booting up and pressing Alt + F10 which is supposed to put an Acer computer into recovery mode. Guess what didn’t work? Then I noticed a program installed on this system called Acer Empowering Technology which includes a backup and restore utility… but that kept crashing with the error message The Acer Framework has crashed.

For this problem, and the “The application was unable to start correctly (0xc0000022)” issue, when I ran program with Administrative privileges they did not crash. So I right clicked on the component title Acer eRecovey Management, selected “Run as administrator”, and took the chance of resetting this laptop.

I reset the laptop. To give the updates a boost I have Vista SP1 and SP2 on DVD so I installed both of these. It is an Acer Aspire 5315 with only 1GB of memory so I checked what was running in the background and disabled anything unnecessary, such as the bloatware from Acer. Changed the Visual Effects settings as I always do my my own system:

It took me three days to finally get this thing going again. When fixing computers we’ll usually try something we know and if that doesn’t work we then have to try something else. Trial and Error. I’ve had more than one person come to me who wanted to fix their computer with a hammer. I understand them, sometimes and I think I could make more money selling hammers than fixing computers. I swear if I had the money I would have just bought these people a new laptop. It would have been less stressful.

5 thoughts on “Resetting A Screwed Up Laptop”