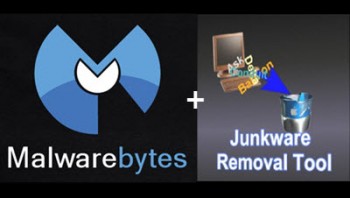 With the recent acquisition of the popular Junkware Removal Tool software, Malwarebytes has added another string to its security bow. Although, I guess it’s really a case of strengthening an existing string rather than adding something new.

Although not sporting a traditional GUI and purely a command line tool, Junkware Removal Tool has proven to be a popular download among those wanting to rid their computers of unwanted crapware. Now, according to a recent press release, Malwarebytes has procured the software as well as the services of the tool’s developer, Filipos Mouliatis.

However, Malwarebyes has made it clear that it is not planning to develop the tool further as a standalone software, such as adding a GUI or options to provide better user controls. Instead, the technology will be utilized to enhance existing adware/PUP detection and removal abilities in its flagship product Malwarebytes Anti-Malware:

The developer of the tool, Filipos Mouliatis, joins our research team and will help us integrate the JRT technologies into our mainline Malwarebytes Anti-Malware product.

The blog post goes on to advise that Junkware Removal Tool will remain available to download as a separate entity for the time being – “at least until we’re able to replicate the functionality into Malwarebytes Anti-Malware”.

6 thoughts on “Malwarebytes Reinforces its Fight Against PUPs”