Officially, this is Google’s attempt to try to control the oftentimes ‘not nice’ or irrelevant comments left anonymously by some pretty nasty people.  The idea is that if you have a Google+ account, your identity is known and there is no more anonymous comments.   Making people identify themselves will not dissuade many of them from posting nasty comments.  Never mind the fact that you can set up a Google+ account with a fake identity.

Many YouTube users see this as a further attack on their privacy and a not-so-veiled attempt to get more people to create Google+ accounts. 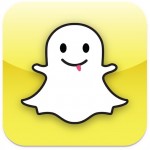 First, there was Facebook’s $3 billion offer that Snapchat turned now.  Now, Google is rumored to have offered a whopping $4 billion to buy Snapchat.   Snapchat said ‘thanks, but no thanks’ again.

Snapchat, founded by a group of Stanford undergrads, has been around for about two years.  Available on both Android and iOS devices, it is a mobile photo and video sharing service.  Users can take photos and record videos, annotate them with text and drawings and send these ‘snaps’ to a controlled list of recipients.  What sets Snapchat apart from other photo and video sharing services is that the user decides how long, from one to ten seconds, recipients can view their Snaps.   After the time has expired, the Snap is hidden from the recipient’s device and deleted from the Snapchat server.  Snapchat now offers ‘Snapchat Stories.’  These snaps will disappear 24 hours after it’s first posted.  In any case, no worries about a prospective college or employer seeing some pictures or videos you’d rather they not see.

While Snapchat has seen its user base grow significantly over the last two years, how does a company with no revenue turn down billions of dollars?  Mind boggling.

In its 14th annual global survey of the English language, the Global Language Monitor announced that ‘404’ is the Top Word, ‘Toxic Politics’ the Top Phrase and Pope Francis the Top Name of 2013.

404 is the near-universal numeric code for failure, typically a ‘page not found’, on the Internet. ‘404 fail’ is used to identify the complete failure of an effort or project. Kind of sad that 404 and fail are the top words for the year. Last year wasn’t much better with apocalypse being the top word of the year.

Taiwanese doctors have warned that men who are glued to their smartphones all hours are at risk of suffering erectile dysfunction. According to a report on WantChinaTimes, increasing numbers of men in their 20s are visiting urologists with ailments more commonly suffered during middle to old age.

The report details the woes of one particular young couple who consulted Dr. Wang of Kaohsiung Medical Chung-Ho Memorial Hospital complaining of a problem under the sheets. Dr. Wang told the paper that the man is in good heath and his addiction to smartphone games is the main cause of his erectile dysfunction.

Dr. Wang’s prescription: turn off the phone and quit smoking. The result: the man’s condition has reportedly improved greatly – what could be described as a happy ending.

EMET 4.1 release includes new functionality and updates, such as: