One of the first things I do when I set up a new computer (or even an old one) is change the Recycle Bin settings. One of the biggest concerns with the Recycle Bin is the hard drive space that it wastes. I also find the delete confirmation notice a little annoying.

So I usually right click on the recycle.bin icon and go into properties and then type the number 1000 into the Custom size: box. With Windows XP there was a slider that I would always set to 1%. I would also always uncheck Display delete confirmation dialogue. 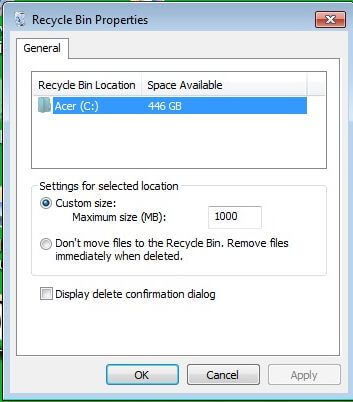 Another thing I would always do is go into the Folder Options in the Control Panel, click View and then click Show hidden files, folders, and drives, and I would uncheck Hide extensions for known file types and Hide protected operating system files (Recommended). You’ll get a warning message when you uncheck the last one, just click Yes. 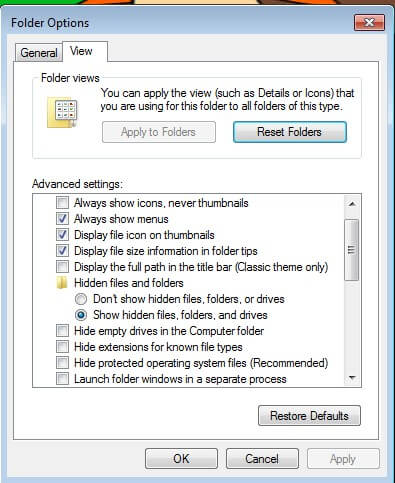 Now when I open Windows Explorer I see a folder on my hard drive named $RECYCLE.BIN, it’s usually hidden. If I right click on it I don’t have the option to Empty the recycle bin like you would expect, in fact it’s treated much like any other folder. But inside of that folder you’ll find a sub-folder called Recycle Bin – that folder acts like the recycle.bin should.

Every now and then I notice that there is more that one sub-folder called Recycle Bin and they both have the exact same files in them taking up the exact same space. But if you right click on the $RECYCLE.BIN folder and go into it’s properties it only shows the space being used equal to only one of the inner folders.

So my question is – how much hard drive space is my recycle.bin really taking up? The answer, I don’t know. Why does this happen? I think this happens when I plug in external hard drives (when backing up). Why? … I don’t claim to understand all the mechanics behind this stuff. Despite my lack of answers here I do know how to fix it until it happens again.

I refer to this as a corrupted recycle.bin but I’m not sure if it’s corrupted or just the way it works. I still think it has to do with plugging in external hard drives and the system has to manage each one respectively. I’ve done this a few times in the past but don’t even bother with it any more on my system. I do currently have this double recycle bin thing. If it is taking up double the space in my case it still only works out to be about two Gigabytes.