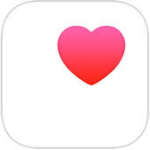 Due to a pretty hectic schedule lately, I haven’t been keeping up with the iOS updates.  As a result, I updated from iOS 8.0.2 to 8.1.1 this week.   All was fine until I tried to enter my blood glucose readings in the Health app.   I use the app to manually enter and view my blood glucose levels, in mg/dL (milligrams per deciliter).

However, due to an issue with the app in Australia and the United Kingdom, Apple has ‘temporarily’ removed this functionality from the app, previously found in Health Data –> All –> Blood Glucose.  Users in the UK and Australia measure blood glucose in mmol/L (millimoles per liter) whereas most other users measure it in mg/dL.  Apple’s Health app allows users to manually enter and view blood glucose values, taken from an external device, but only in mg/dL.

The ‘good’ news is that any data previously entered has not been deleted.  It’s just not currently visible.  Any 3rd-party apps with permission to access health data will still be able to access the readings.

Maybe this isn’t a big deal to many people who use the Health app to record their blood glucose readings but it is a big deal for me.  As a fairly recently diagnosed diabetic, I was using the Health app to record my readings.  While it is true that the readings are stored in my glucometer, it does not have the graphing capabilities that allow me to see trends in my levels.

Instead of pulling this functionality for the vast majority of users for whom the Health app was working perfectly fine,  couldn’t (or shouldn’t) Apple have just have displayed a warning when you tried to enter your reading that it could only be entered in mg/dL?   This seems a lot less drastic than pulling the functionality all together.

As evidenced by many of the articles that I have written, I am a fan of virtually all things Apple.  But I have to say that I think Apple could have handled this issue in a far less disruptive manner.