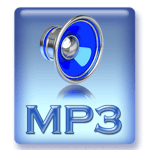 This is the third in a series about Geek Facts.  Today’s topic is the Geekiest Day.

Each day last year, I posted a Geek Fact for that day.  A Geek Fact is something geeky that happened on that day in history.   I have to say that it was a pretty interesting exercise.  I learned many things that I ordinarily wouldn’t have.  For the 366 days of 2012, 464 Geek Facts were posted.   On average, that’s roughly one each day with an extra posted each 4th day.

While most days had one Geek Fact, July 14th was by far the geekiest day with eight Geek Facts.  With the exception of Dr. Robert H. Goddard patenting liquid rocket fuel in 1914, computers were the theme of the day:

As you can see, computers ruled on July 14th.

The next topic in the series will be the Geekiest Week.