Most of us like to include some sort of ‘cleanup’ software among our programs, to help remove all the detritus which tends to accumulate along the way. We first looked at the ‘Toolwiz Care’ suite of cleaning/optimization/general purpose tools almost 12 months ago to the day. At that time we published a series of articles comparing Toolwiz Care, plus a couple of other new comers in the genre, to the tried and true CCleaner. You can catch up on that previous article here: Three alternatives to Ccleaner: Part 2 – Toolwiz Care.

Toolwiz Care was first launched in November 2011 and, even in those formative days, was already a very good product. Since that time, the developers have continued refining and improving the software, with updated versions appearing at regular and frequent intervals. Version 2 was initially launched in the middle of last year and the latest version 2.0.0.4200 has just been released, on 20th January 2013. If you look through the Version History, I think it’s fair to say that this is one freeware which is definitely under active development. 🙂

In my opinion, one of the most welcome innovations is that Toolwiz Care can now be run in portable mode, without the need to install: 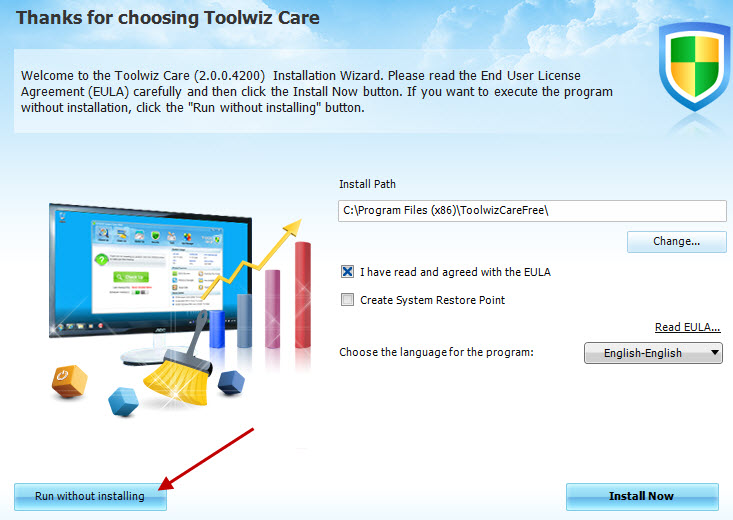 This option does, however, place restrictions on some of the included tools… notably TimeFreeze, a brilliant virtualization/sandbox type tool, which cannot be utilized unless Toolwiz Care is fully installed. However, TimeFreeze can be installed as a stand-alone freeware (which is the option I chose), available here: http://www.toolwiz.com/products/toolwiz-time-freeze/

Some of the new tools available in version 2 include:

Of course, these new tools merely supplement the wealth of useful tools already established in the Toolwiz Care suite: 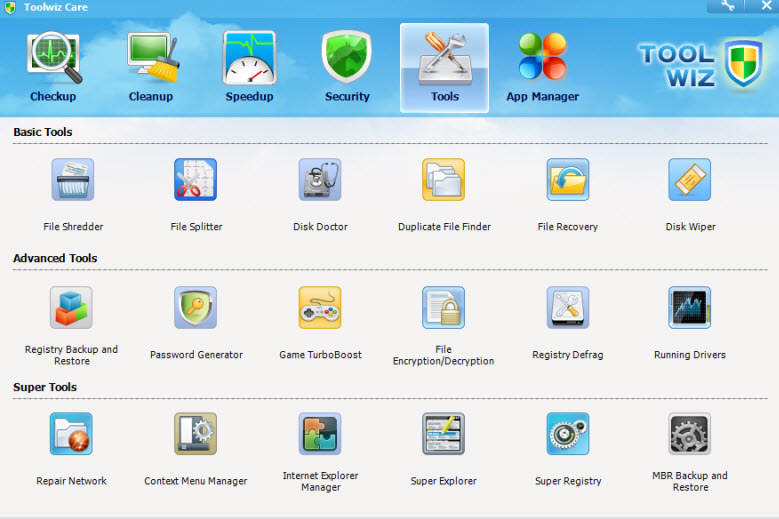 If you haven’t checked out Toolwiz Care, I suggest you do. It’s a very good system cleaner/optimizer/manager combination, plus you get a great range of useful tools as well, all packaged into a single suite… All for free!