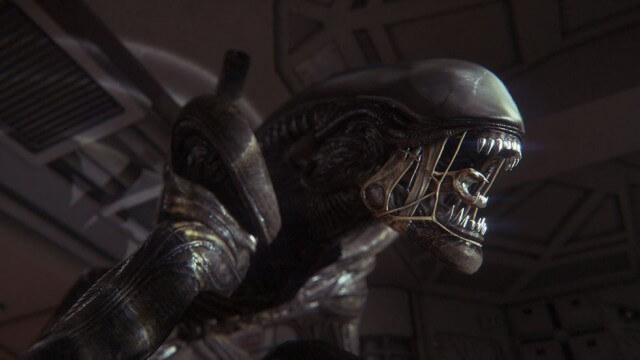 I’m not entirely sure why I play survival horror games at all. They scare the pants off me usually and I’m not squeamish by nature, at least I never used to be. Most of us will remember Ridley Scott’s seminal masterpiece Alien from 1979 and in fact I remember the very day and cinema where I watched it; the palpitations when John Hurt was unable to keep his food down and the overall sense of menace, most of which was unseen, that pervaded throughout the film. Since then, numerous PC video games have emerged, most notably Aliens vs Predator (1999), Aliens vs Predator 2 (2001), Aliens vs Predator (2010) and Aliens: Colonial Marines (2013). I remember playing AvP (1999), (in fact I still have the original jewel case) which I had to abandon due to the creeps it gave me. It’s one thing to sit in a theater, but believe me, it’s quite another when you’re actually inside the spaceship, motion tracker in hand and being stalked by an alien. 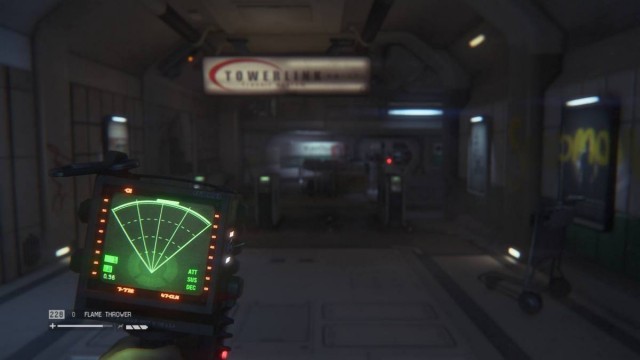 An alien too far?

Aliens: Colonial Marines, released in 2013, although I haven’t played it, is considered by many reviewers to be the low point of the Alien franchise and received mainly negative reviews, leaving most gamers and pundits wondering if the entire franchise had been done to death or indeed, ruined for any further game based on that perfect organism. In the meantime, an award winning developer The Creative Assembly, was already busy on their own Alien project, vague details of which had been leaked on Twitter back in May 2011, by no less than the UK Minister for Culture, Ed Vaizey. The Creative Assembly (hereinafter referred to as CA) are best known for their strategy based games such as Shogun: Total War and are owned by Sega, who in turn own the license for the Alien franchise, so there is a synergy there to start with. One has to wonder as to the logic and thinking of Sega, having given the green light to CA in 2011, yet proceeded with Colonial Marines in spite of its inherent problems. Milking a franchise has always been profitable, but what was surprising was the choice of developer for this genre as they have not been known to delve into the realms of FPS/survival horror games. 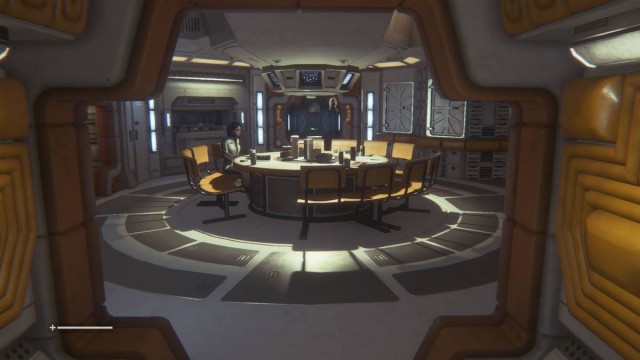 Fast forward then to October 2014 and after more than four years of game development, it’s clear why CA was given the go ahead for Alien: Isolation; they absolutely love the subject and have created a video game utterly loyal to the original Alien story, with painstaking attention to detail.

Remember when your video recorder needed tracking to improve the picture, the buttons on the machine were huge and clunky and you were lucky if a certain fuzziness or interference wasn’t present on your TV screen? Well these and many other lo-fi sci-fi features of life in the late seventies, not least the minute detail of the Sevastopol, its unique sound, dripping atmosphere of hidden menace and steaming vents, have all been recreated in Alien: Isolation with loving care and attention that I haven’t seen in a game for a heck of a long time. 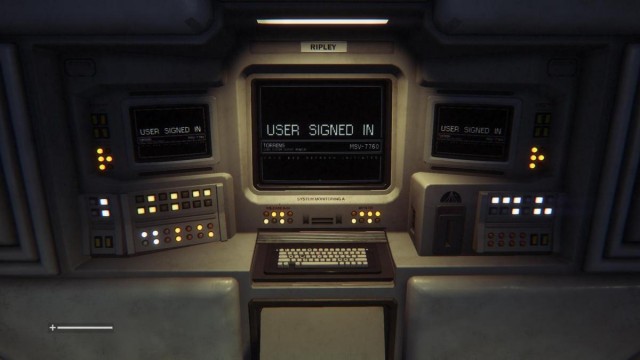 To assist CA in recreating the atmosphere of the original Alien film, Twentieth Century Fox is said to have provided them with about three terabytes of archive material, including the original music score, photos, behind the scenes footage and other assets from the film.This is apparent as soon as you enter the game and it’s hardly surprising that the audio has now won a BAFTA award for the in-game sound and all the familiarity of Ridley Scott’s original vision comes back to remind you that you are indeed back where it all began. 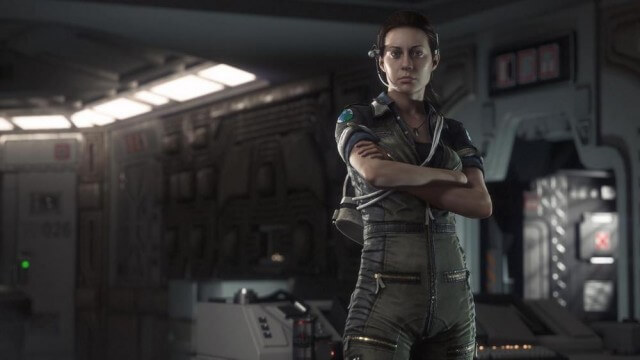 You play as Amanda Ripley who is investigating the disappearance of her mother Ellen fifteen  years after the events of Alien and sent to station Sevastopol in order to locate the black box flight recorder of the doomed Nostromo. What Amanda finds on the station is terror in the shape of the alien and other threats from surviving humans and androids with whom she can’t negotiate.

Note to self: How could the flight recorder have been recovered by anyone if the Nostromo was completely destroyed when Ellen Ripley escaped in the pod?

Alien Isolation isn’t so much a survival horror game in the vein of The Evil Within which is truly evil and sick in equal doses; no it’s more a game of stealth where survival is the predominant instinct. Running and creating any kind of noise that may attract the alien (Big Al to his friends) needs to be kept to an absolute minimum. Fortunately the mechanics of the game allow you to hide under desks, inside lockers and also the many interconnecting tunnels and air shafts throughout the spaceship. If it were just Big Al creeping around that would be bad enough, but there are  human survivors on the ship who see you as a threat as well as Working Joes,which are synthetic androids, who control the ship and are best avoided. 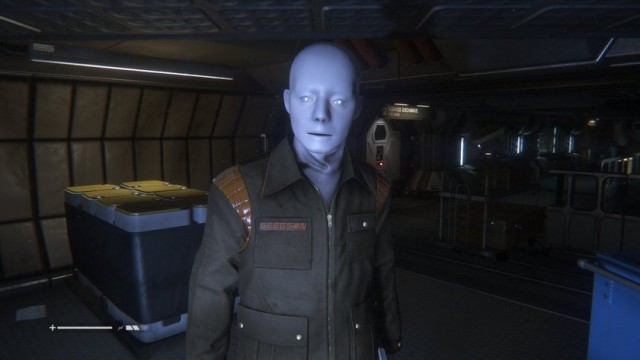 Negotiating with a Working Joe is futile since they resemble civil servants in their programming and are not open to favours, however small.It is however, enormously gratifying to bludgeon them to death and watch them short circuit as the synthetic fluid spews from their necks. They are also averse to loud noises, bright lights and other distractions which come into play when you are armed with flash-bangs and other devices, but they are very hard to terminate. Don’t expect Joes to assist you evade the alien either, as both beings do not see each other as a mutual threat.Whilst it’s very satisfying to watch a Joe become a useless pile of gooey circuitry, they’re best avoided, especially in line of sight.

Big Al on the other hand is always a fait accompli and once he’s got you, you will die and often. You can hide and you can try to avoid him, but when he’s detected you and comes for you with that second set of jaws he’s equipped with, it’s curtains. You can’t kill him and it’s hopeless trying; all you can do is either hide or escape as stealthily as you can. My first encounter with Big Al was pants wettingly scary and an abject failure in the use of stealth. Check out this short clip I made and tell me you weren’t crapping yourself and looking over your shoulder. I know I was.

To tell you the truth, I’m still at mission 4, I’ve only seen the alien twice and I’ve got another 14 missions to go. I know he’s there and I can hear him all around me; that’s why the game is scary, because you don’t have to see him.

Now you can save the horror

With the trend for checkpoints and automatic game saving now well entrenched within the game industry for reasons best known to themselves, what a pleasant surprise then to find that CA have reintroduced old-school manual game saving in the form of emergency stations placed at strategic points around the spaceship. 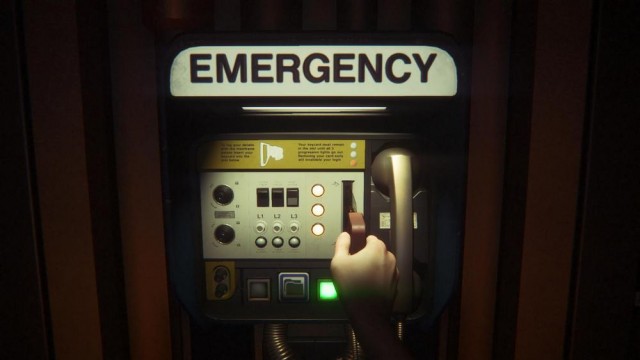 I welcome this feature with open arms as it returns control of the game to the player in so many ways. So often in a game you make progress, find a weapon or put devices together which can take quite some time, but have no ability to save the game in that state and sometimes find yourself having to replay a very long sequence, which totally takes away from the immersion.

Also known as quick time events, QTE’s have no place in games whatsoever and are a hopeless device inserted into a game by lazy game developers. I loath them and the thought of having to bash the keyboard in sync with onscreen prompts, makes me froth at the mouth and turf the whole damn lot out the window, quite frankly.They are usually inserted into a game for a showdown with a boss you have to defeat for example. Fortunately Alien: Isolation’s use of these is limited to puzzle type events for opening doors, accessing terminals and hacking systems. They work too and they’re not timed, giving your keyboard at least a chance of not being smashed to smithereens.The only time constraint imposed on you is how soon Big Al is going to get you before you get the door open, which is as it should be.

How does it look?

As mentioned previously, the attention to detail is faultless. So many game developers today seem to forget that the Devil is in the detail so to speak and whilst the scene may look great at a long draw distance, they usually look muddy and washed out up close, a fine example being the id Tech 5 engine. Not here though, where nothing has been spared to bring gorgeous detail and texture to life, however close you are to it. 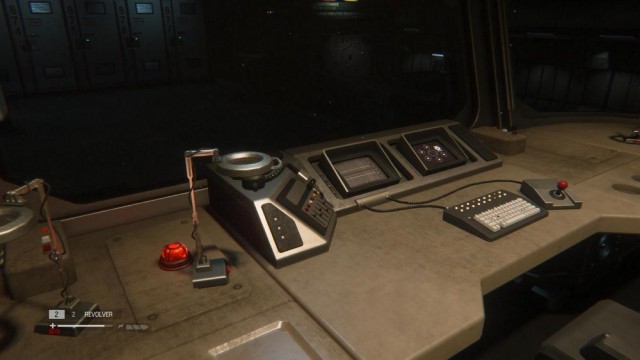 The most important aspect of this alien is that he’s unpredictable. The AI isn’t scripted so that no two encounters will be the same. You know those games where you die, the game reloads and the enemy is exactly where he was when you encountered him a few moments before? Well not in this game chum! The unscripted and dynamic nature of Big Al mean that you’re always kept on your toes. He can be alerted by all manner of sounds, including those of NPC’s (non player character) which could be influenced by you, the player or whatever else is going on in the vicinity. Furthermore, if you have your microphone connected and it picks up noise, the alien will likely hear it. Jump into a locker to hide and he’ll hear you breathing, so just make sure you hold your breath. 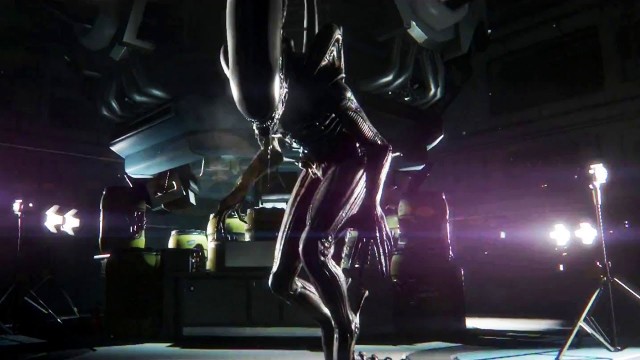 It’s a difficult game to play, no doubt about that. It can be very frustrating and the temptation is to play it like a conventional shooter, which it most certainly is not. Stealth and silence are the keys to playing this game. It will take you probably more than twenty hours to complete the missions, but then you have to ask yourself: what’s the rush?

Alien:Isolation is a rare beast; a game that has been crafted by an inspired team with an empathy for the original Alien experience that’s never been captured in any previous games of the franchise. It’s not perfect, but what it sets out to do, it does it with panache and an atmosphere that’s so real and menacing that you’ll be playing it in your head long after the lights have gone out.