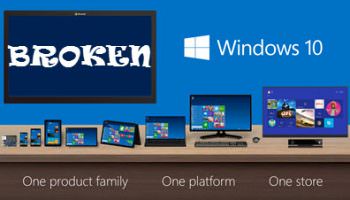 Whenever Windows 10 is mentioned, the majority of negative comments will generally rail about the telemetry (data collection). However, while I appreciate some of those concerns, is that really the most important issue? With today’s mobile-centric consumers demanding more and more on-the-go functionality, it’s only natural that levels of telemetry would need to increase exponentially… the law of supply and demand. The way I see it, the combination of forced updates and widespread issues caused by some updates is a far greater concern.

Microsoft does not have a good track record with its updates and now that the updates are forced, and instant for most users, any ensuing issues are generally widespread and nigh on unavoidable. Take the infamous Anniversary Update for example, which created issues for Windows 10 users across multiple areas, including broken USB webcams, broken PowerShell, and problems with Kindle e-readers.

More recently, an update (KB3189866) caused issues for multiple users when it would not install properly, freezing at various points between 45% and 95%. For some users, the installation would eventually complete after several hours, but for many, it would remain stuck indefinitely. Fortunately, this was fairly easily fixed by downloading and manually installing the standalone update. More information here: W10 KB3189866.

This is definitely one area where Microsoft needs to get its act together. If the company is intent on forcing all updates on Windows 10 users then surely it is incumbent on them to make sure the damn things work properly. After all, updates are generally supposed to be the fix, not the problem. And, if Microsoft is unable to guarantee a trouble free update system, then perhaps it’s time for them to rethink the policy of forced updates and reinstate user options. One or the other! 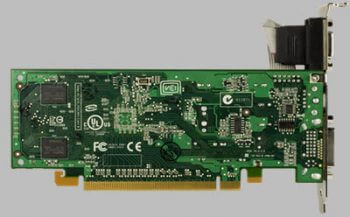 I’ve been pretty lucky with Windows 10 to date and have somehow remained issue free. However, my wife has not been so lucky with her older machine. It’s been running Windows 10 now for around 8 months, including the original graphics card, with no issues at all. Then, out of the blue, we started receiving messages about the graphics driver not working properly and the system would subsequently freeze up or shutdown. After trying various fixes, including installing the latest driver from the manufacturer, I ended up taking the graphics card out and connecting the monitor via on-board graphics. I can only assume that Windows 10 took it upon itself to update the graphics driver and that’s when the problem started.

As I said earlier, Microsoft really needs to get these update and driver issues under control, they will ultimately do more damage to consumer confidence than any other aspect, including the telemetry.