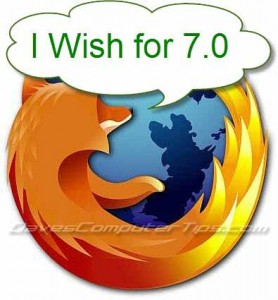 Continuing with their enhanced development cycle Mozilla has released version 7.0 of their popular Firefox web browser.
The changelog show the following improvements:

Those who know me know that I’m a huge fan of the Firefox browser and the thousands of extensions available. Many complain about the memory usage of Firefox. This release directly addresses the memory issue and should provide a small speed increase. I’ve never experienced any memory related issues with Firefox and maybe this release will provide some relief for those who think the memory issue is a big deal.

The Firefox site hasn’t been updated with a link to the 7.0 download yet, however I expect this to happen soon. Windows users can find the download here in the interm.