Writing a game review isn’t all that difficult and is normally fun to write, read and watch, unless of course it’s produced with a clear agenda to ram home, in which case those viewing or reading the review are going to be in a pretty defensive position in the first place. This is the position I found myself in when watching a review by Feminist Frequency of the recently released game Rise of The Tomb Raider, a much anticipated game starring none other than our heroine Lara Croft.

Of tropes and stereotypes 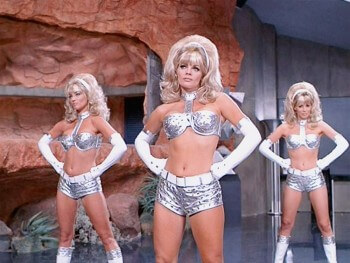 Feminist Frequency is more than just a website, it’s a movement which showcases numerous discussions and videos pertaining to female stereotypes as portrayed in media and is run by Anita Sarkeesian. She and another feminist campaigner Zoe Quinn came into the spotlight last year following the much publicised Gamergate controversy, where they are both said to have received threats from ‘young white male gamers’ due to their perceived and challenging feminist stance within gaming. Those threats were very nasty and even involved local law enforcement and cannot be condoned by anyone of course. Anita and her peers have long campaigned against women being portrayed as dumb, throwaway and largely insignificant characters in games, not to mention objects of sexual gratification, which in many cases is hard to contest. Some would argue that the gaming industry has moved with the times, only up to a point and I believe that point is a line the industry doesn’t want to cross. Lip service to the feminists if you like.

Take a good look at the picture above as compared to how she now looks and imagine Lara Croft as a good example of how the pendulum swings both ways and the writers, lately anyway, have tried to make her as diverse as possible. The original creator of Tomb Raider, Toby Gard, actually left Core Design after the first game because he felt she was being overly sexualised and objected to the direction they were going in. In fact, it’s no secret that Lara’s breasts developed lives of their own and grew exponentially over the years, much to the delight of many of her male fans. But it’s not just her large breasts and inappropriate clothing that are the issue today; we’re now expected to confront her psychological issues as well. Take a look at Carolyn Petit’s review of Rise of the Tomb Raider to get an idea of what I’m talking about here:

The production quality and narration of this review are top notch, of that there is no question. As a gamer however, I feel it leaves a lot to be desired in terms of what Carolyn Petit realistically expects from modern video games and those of us who play them.

I just think she has a few issues she needs to deal with first.

That last sentence of Carolyn’s pretty much sums up the timbre of the entire review and throws up a raft of questions pertaining to continuity and immersion. Are we realistically expected to have Lara pause halfway through a fight to the death simply for her to consider whether she’s doing the right thing? Do other fictional characters stop to consider their actions when confronted by evil? Should Lara take her therapist with her to fight the evils of this world?

Here are a few points raised by Carolyn that I’ve taken directly from the transcript that she has kindly provided at Feminist Frequency and, bearing in mind that I haven’t yet played the game, I think I’m suitably qualified however to pass comment.

In an ideal world all violence would be taken seriously, but in a video game? Perhaps a caption before each action scene that reads ‘The following sequence contains confrontational depictions of a violent nature’?

The fact that the writers have included therapy for Lara in the game in the first place is surely a nod to the politically correct among us and shows that Crystal Dynamics is bending over backwards to satisfy everyone. Or are you never satisfied Carolyn? To be honest, I was gobsmacked to discover that Lara would be receiving therapy in-game in the first place. It’s a video game, not real life.

Personal gain? What can I say? The fictional world in which Lara spends her time exploring is indeed a wondrous and majestic place full of gold, plunder and other artefacts for her to snag, such is the nature of the skills system the game uses. As a distinct improvement over the 2013 reboot, Lara is now able to collect all sorts of stuff which allows her to craft items, not to mention the numerous collectables that are scattered around the world. The idea that the whole world exists for Lara to plunder is exactly that and by the game’s very design, it needs to be. Nothing altruistic about it. 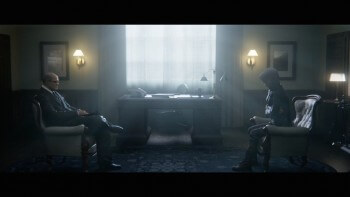 Humanising Lara is a balancing act and asking her to explore her inner feelings is, quite frankly, a bizarre standpoint in what is an action/adventure game of pure fiction. Speaking purely for myself, I’m not in the slightest bit interested in Lara’s emotional or psychological state either before or after a fight. The very nature of the game is to reach a goal, which usually involves eliminating the enemy by whatever means are available; that’s why it’s so much fun to play. A session on the shrink’s couch both prior to and after a skirmish would be burdensome, boring and completely out of place in a Tomb Raider game, so just get over it.

Maybe Lara should invite the villains to the local tavern so that they could discuss their differences over a pint, give each other a hug, then pack their bags and go home, but somehow I can’t see many gamers forking out $60 for drivel like that. I’ve been playing Tomb Raider games since the first one was launched in 1996 and never once have I considered Lara’s state of mind; neither do I care one jot. I accept the fact that she has become more human over the years and she’s also lost the voluptuous proportions of earlier games, which were always a side issue anyway and a distraction from the game itself. I soon got used to wondering why she would attempt to scale a Himalayan peak wearing nothing more than a pair of hotpants, an impossibly tight singlet and flip-flops, just to snag a golden trinket perched precariously upon a small pebble at the summit some 27,000 ft above the clouds. 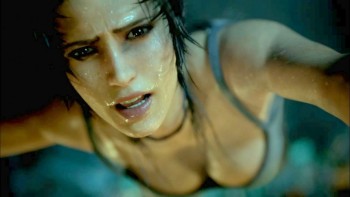 I have no objection to a game review with a clear agenda as this one clearly has, but what I do find puzzling is that on the one hand Feminist Frequency bangs on about female stereotypes ad nauseum, yet fails to acknowledge Lara Croft as the exception to the widely perceived all-conquering alpha male hero rule that’s been perpetuated in media since the dawn of time. Come on girls, we give you our all-conquering female heroine and still you’re not satisfied. And let’s not even talk about the rape scene that wasn’t a rape scene; if anything, that particular event showed Lara to be the ballsy and gritty woman we always imagined her to be. She did after all kick her brutish attacker in the balls and managed to escape. I’m not sure if I could have done that and I’m a bloke. 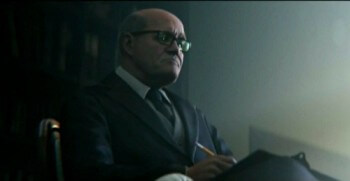 I once signed up for a couple of sessions of therapy as I was getting overly frequent attacks of wanderlust and since the therapist only wanted to talk about my mother, to which I wasn’t inclined, I cut the second session short in the belief that it was the therapist who needed therapy and not me, as they all seem to be fixated with other people’s mothers. In the case of Lara, she has unfinished business with her late father, which is the cornerstone of the life she leads and the adventures she follows. I’m also not sure how she would benefit from a session with what appears to be some bloke resembling the founder of the FBI and more than likely has some pretty pressing issues to deal with himself.

I don’t want Lara to be a real person; frankly there are enough of those tramping about the place and most gamers get their kicks from the immersion that has no complicated strings attached, such as emotional balance and self doubt. No, I would hazard a guess that if Lara was asked about therapy, she’d say it was overrated and by the way, where are my Uzis?