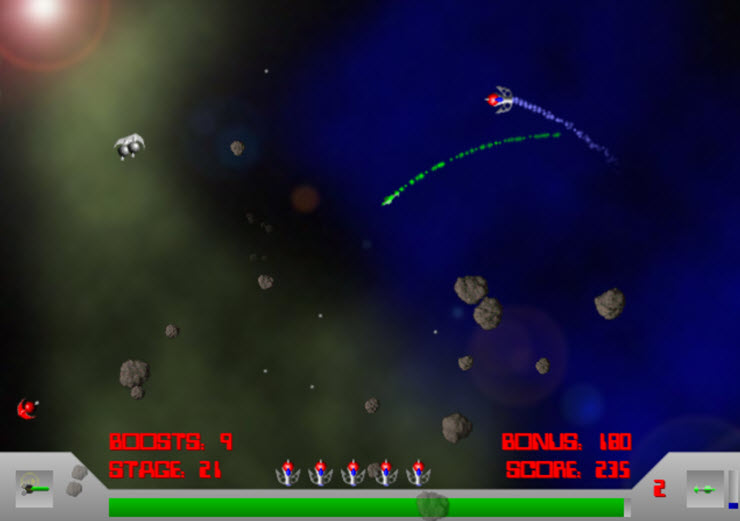 Asteroids+Plus is what Asteroids always wanted to be when it grew up. Utilize an arsenal of weapons and missiles against the alien armies that are bent on annihilating Earth. Pick up bonuses and take out asteroids and aliens to increase your score. When you’re ready, face the ultimate alien boss in a final showdown.