This week researchers uncovered yet another piece of crypto-ransomware for Windows machines called ZeroLocker. Like its predecessors, such as CryptoLocker, the malware encrypts files on infected machines with a strong encryption algorithm. The attackers then demand the victim pay a sum of money in order to buy the decryption key and regain access to their files.

However, this new variant includes a rather cheeky proposition; pay the ransom quickly and receive a healthy discount. ZeroLocker offers an “early bird” price of $300 if payment is received within 5 days. After that, the price rises to $600, before peaking at $1,000 after 10 days of non-payment.

I guess the crims behind ZeroLocker view this as some kind of incentive scheme, but a ripoff is a ripoff, discount or not.

Justice Chief Slams Google over Right to be Forgotten

Europe’s Commissioner for Justice, Martine Reicherts, has slammed Google and other opponents of the ‘right to be forgotten’ ruling, claiming they are attempting to undermine the reform.

Speaking to the IFLA World Library and Information Congress in Lyon, France, Justice Reicherts said the European Union had come a long way in reforming rules centered around the protection of personal data but highlighted how certain parties were attempting to upset the reform apple cart.

Justice Reicherts’ attack on the right to be forgotten detractors included one remarkably cryptic comment… “Europe needs them [the reforms] urgently to revive economic growth and job creation“. <source>

Maybe Justice Reicherts knows something I don’t, or she is off on a tangent, but, for the life of me, I cannot see what the right to be forgotten has to do with economic growth or creating more jobs.

Police’s 3 Strikes: No Tweeting when Naked, Drunk, or Eating Donuts 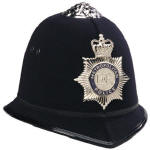 Yes folks,  Police officers in the UK have apparently been warned not to tweet while naked, drunk or eating donuts. This mind boggling story immediately brings two questions to mind:

Firstly; if Police have to be told that interacting online while naked or drunk is not a good idea, what sort of IQ are we dealing with here?

Secondly; naked or drunk I can understand, but eating donuts? Maybe it’s a perception thing.

So, it would appear that, as far as the powers that be are concerned, the worst possible behavior from a UK Policeman would be tweeting naked and drunk while eating donuts. Go figure! <source>

Microsoft has introduced a version of its OneNote note-taking application optimized to work on Android tablets.

The new application is available to download for free from the Google Play store as of last Tuesday. It requires Google’s Android 4.1 operating system or higher. Microsoft has been beta testing the Android tablet version of OneNote for the past several months.

According to Microsoft officials, the new OneNote for Android release includes handwriting support and “touch-friendly navigation.”

Apparently, Tom Hanks’ name can do more than just sell a movie. The popular actor’s recently launched, hipster-ish typewriter app for iPad, Hanx Writer, has shot to the top of the iTunes App Store, ranking No. 1 in both the Productivity section, as well as Overall.

Launched just last week, Hanx Writer turns your iPad into an old-fashioned typewriter, offering a pseudo-analog typing experience. The bangs of key presses, hard returns and the chimes that sound when you reach the end of a new line now sit alongside modern conveniences like the ability to correct without white tape or whiteout, and options to print, email or share your documents when complete.

Almost a year to the day after announcing he would be leaving his post, Steve Ballmer is departing Microsoft’s board of directors to concentrate on other interests. Some might view Mr. Ballmer as an extrovert Microsoft disciple, others may see him as an out and out nutcase.

Regardless, Mr.Ballmer certainly provided a number of ludicrously entertaining moments along the way, here are just a couple of those memories: