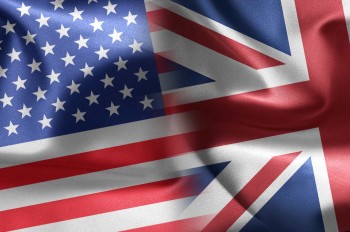 When I started writing articles for DCT a couple of years ago, the team would get together for a Skype session once a week, comprising three Americans, one Australian and a Brit (there’s a joke there somewhere). You can probably tell that I’m the Brit as I use fewer zees (zeds to me) when I write, but that’s by the by. Clearly I’ve conversed with some Americans before; heck, I’ve even been to Disney World, where there were quite a lot of Americans and we seemed to understand each other, most of the time anyway.

However, there are words on both sides of the Atlantic that haven’t quite survived the special relationship and remain firmly rooted on one side or the other, sometimes crossing the divide, but not always. For example, the tomato divide continues and probably always will, until we pronounce Moscow and router the same way, which we probably won’t. You see, I find that it’s easy to forget the differences if not practiced regularly, although YouTube and Netflix often give me a jolt and I can be found murmuring ‘What the heck is he talking about?‘ A great example of this is my stepson who, although fluent in English, speaks it in an American accent and uses American words and phrases, which I would pinpoint to somewhere between Chicago and New York via Indianapolis, or thereabouts. It’s uncanny actually and he’s able to flip back over to British at the drop of a hat, so it occurs to me that his vocabulary is therefore much richer for both living under the same roof as a Briton, yet absorbing the contemporary culture of America through the media he’s so enthralled by. 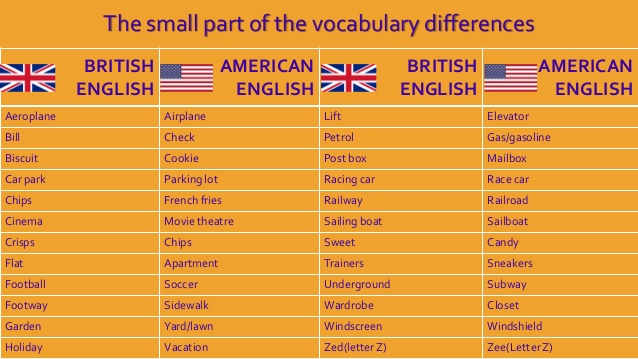 “Head over to the closet, open the faucet, rinse out your comforter, trim your bangs, then grab the diapers“. I beg your pardon? Of course, to most Brits that would mean very little, just as “I’m chuffed to bits, so I’m just popping out for a fag, then I’ll be back for a bit of how’s your father.” may not mean much to an American either. Coincidentally, many years ago we visited my brother who was on assignment in Tampa, Florida and one evening he took us to what he described as a typical redneck bar. Once we were settled with our ice cold Buds, I lit a cigarette and said, far too audibly “Hey, I’m trying out all the local fags you know!” at which a deafening silence descended, I could hear the ceiling fan spinning and I became the object of attention for a dozen beer swilling blokes sitting at the bar. I don’t recall finishing my beer, but I do remember that’s when the learning curve started. 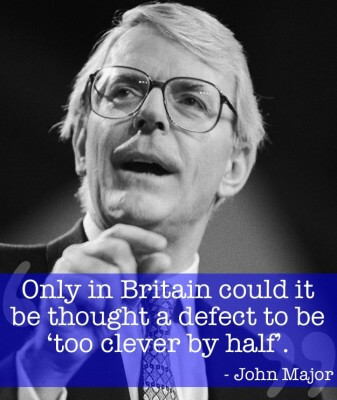 Whilst the differences in spoken English are more obvious, those in the written word are a little more subtle. You can get away with most of the differences; words like aluminium, rationalise and honour are clearly spelt differently by our American cousins and when I started writing articles here at DCT, I was tempted, very briefly I might add, to Americanise my writing to fit, but thought better of it as I felt it would have been a denial of my British roots. However, my fag experience did at least teach me that certain words just won’t cross the divide and are therefore verboten; which reminds me of the book I’m reading, Life by Keith Richards, which he’s written in American English, presumably to cater for a largely American audience, which for me was a total cop out. A bit like when The Madness of King George was released, being originally titled The Madness of King George III, but the producers apparently dropped the ordinal as they were under the impression that many Americans would think the film was the third installment, like Rocky III. A gross insult to most Americans in my view.

Words such as crisps, fanny, shagging (a dance in The Carolinas evidently) sod, willy… you get the point. However, if you as a Brit should stroll into an American diner and ask for fish and chips, you know, somewhere really off the beaten track, would you get a floppy trout and a bag of crispy fried potato peelings? It’s a thought isn’t it? And this is also true for other languages such as Spanish and its variants in other countries. Words such as coger and concha in Madrid are perfectly acceptable, yet in Argentina they have a completely different meaning and may well end up with a slap in the face being delivered. Incidentally, many Argentines resent my referring to our cousins up North as Americans as they reckon that both North and South America are populated by Americans, so I say “How about North Americans then?” to which they reply “I suppose so; but they’re Yankees really.” As they say across the pond, go figure!

But really, isn’t it just a case of it isn’t what you say, but how you say it? Like there are so many ways to say f*ck, which thankfully has universal application and can be lent to any given situation, good or bad. Perhaps it’s because American English is more direct, more to the point, whereas we prefer to beat around the bush a little more, so to speak.

The Brits are coming!

Writing in American English is one thing, but speaking it in that accent is quite another. A couple of weeks ago I got home from work and no sooner was I through the front door than I was press-ganged into doing a voice over in a university project for Alexis, the stepson I referred to earlier. Initially I responded very favourably and began to puff out my chest at the thought of a Richard Burton moment, whom I do quite well, if you don’t mind me saying so. But no, I was to be Jim Jones musing to himself over his life in a short sixty second clip; in fact I had to really rack my brains on that one and for some odd reason, the only word that came into my head was Jonestown as I had always mistakenly thought that it was the singer George Jones who’d got all those people to top themselves and then blow his own brains out. But back on topic, Jones was in fact from Indiana originally and my knowledge of the Indiana accent is confined to hearing Mr David Hartsock speak, where in fact, when the words came out of my mouth, I sounded more like Bill Clinton with a hint of Jimmy Carter. Why should that be? I’ve no idea, but I do know that doing an American accent is not the walk in the park it’s made out to be. 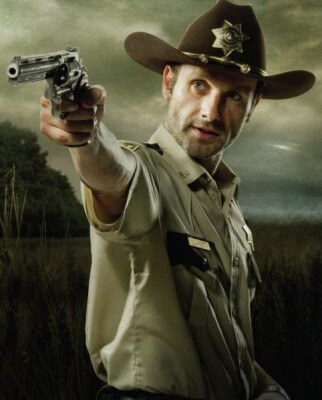 It could be that my addiction to The Walking Dead, where most of the cast appear to be British, including Andrew Lincoln aka Rick Grimes, brought out a hint of Georgia in my voice over, who knows? But it’s also true that British actors playing Americans, live and breath the accent day and night so they can get it just right. Look at Hugh Laurie; many still believe he’s American. In fact, it wasn’t until season two that I discovered Rick is actually a Brit and to be honest I was completely gobsmacked. Conversely, American actors also have the uncanny ability to carry off a British accent with equal aplomb and they don’t get much better than Meryl Streep and Gwyneth Paltrow who have the ability to sound so British that you can’t see the joins. 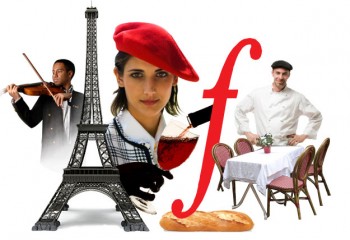 But is it wrong to want to cherish and protect one’s native language and the idiosyncrasies that make up its richness? Certainly the French are robust in their efforts to maintain the purity of their language in the face of an assault from English, either American or British. In fact, in 2013 the French higher education minister wanted to change the law so that some courses in universities could be conducted in English for the benefit of foreign students. For many academics and intellectuals though, particularly the Académie française, this was considered to be linguistic treason.

But now I’m veering way off topic, which is unusual for me and got me wondering whether, if an American wrote for a perceived British audience, would he write the piece in British English? I’m not aware of any examples, but would gladly see some. OK, I’m a self confessed puritan when it comes to the English language and I can’t see that changing in the foreseeable future or to put it in American, anytime soon. Naturally, loads of words are crossing the Atlantic from west to east and much of that is down to the Internet, in particular social media where most of us are now referred to as guys. So sure, I guess we’ll take a rain check before we step up to the plate and hey, we’re all good. 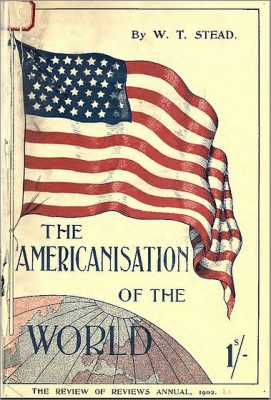 In the UK, the use of Americanisms is seen as a sign that culture is going to hell.

But wait, it turns out that it’s not one way traffic after all. Seems like we Brits are exporting our very own form of English over to the New World, where you’ll now hear the folks of Chicago and New York dropping words like gobsmacked, gormless (my personal favourite), trousers, fortnight, ginger, snog, twee and spot-on, into their everyday conversation, I kid you not. Some even say that it’s cool to sound British in America, in the same way that Blair liked to promote Cool Britannia. The balance however is very much slued the other way through a slow process of osmosis, the biggest culprit of all being the BBC who seem to have forgotten that they are owned by the British taxpayer as they march towards Americanisation of their news and current affairs programmes. It’s quite shocking to hear BBC presenters utter Fess up instead of confess to, May 10 instead of May the tenth, nine through five instead of from nine to five and the worst of all could of been instead of could have been. Either way, whilst not exactly hanging offences and whilst one doesn’t expect the BBC to be hip, we expect it to inform, which is what they do so well as we see here with Obama and Cameron jousting at The White House. 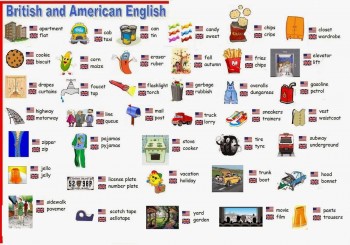 Does it really matter if we speak American, British or Australian? Does it matter if British English becomes a fudged transatlantic pot pourri where we become almost indistinguishable from our friends across the pond? What do you think? Or maybe this is what Churchill meant when he said this:

To improve is to change, so to be perfect is to have changed often

44 thoughts on “Do You Speak British or American?”