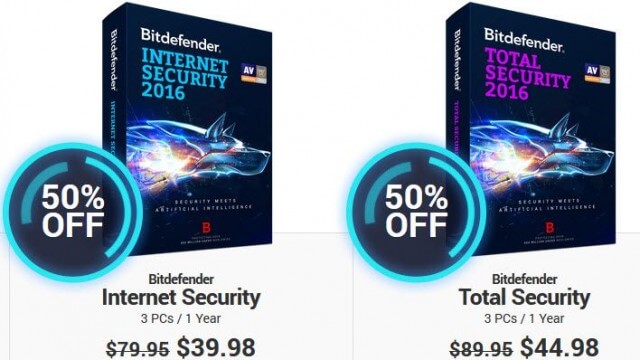 Bitdefender is one of the premier names in antivirus software, both in terms of overall detection and protection, as well as for being light on resources. Bitdefender Internet Security 2016 and Bitdefender Total Security 2016 are the company’s full featured security suites, including a 2-way firewall, web guard, password manager, antispam, and parental controls. Here is the full list of features as per the Bitdefender site: 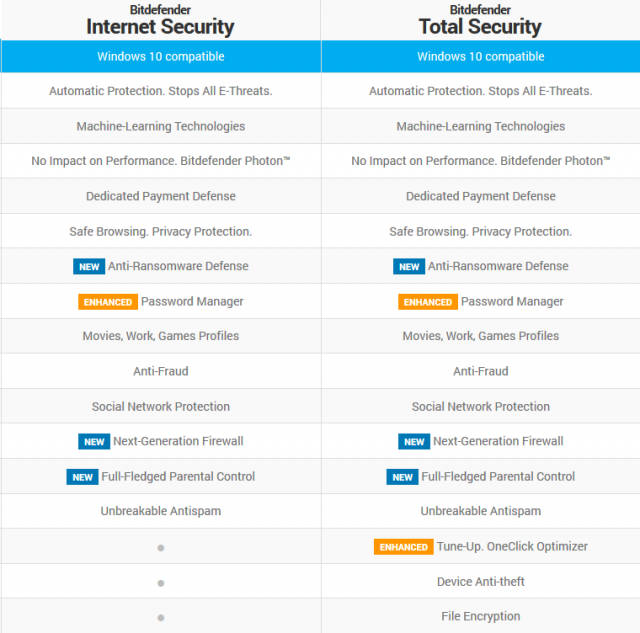 To take advantage of this offer: