Here at DCT I’m sometimes referred to as Mr Off -Topic as I have a tendency to veer off into outer space and fill pages of this tech blog with tales thinly related to computation. Whilst this it true to some extent, it’s also true that the seed of every article I write has at least a germ of connection with technology. A pretty loose connection I grant you, but it’s there all the same, I think. Every Monday some of we writers at DCT get together on Skype for a chat and brainstorming session, which quite naturally includes gadget talk, which is something I could yak about ad infinitum, just like the rest of the group. Recently I was asked where I buy my computer components and the answers I gave are pretty much the reason for writing this article and which left some of my fellow Skype participants aghast and with their jaws on the floor.

Living and working in a banana republic 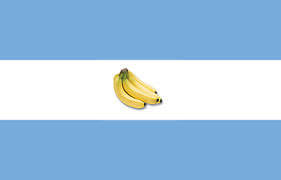 Take a close look at the picture of the train wreck above. You’ve got a few blokes standing around scratching their nuts wondering what happened and another bloke on a horse thinking that maybe he’d have reached his destination more safely with his four legged friend. This pretty much sums up the Argentine economy which has been described as a train wreck, a basket case, or as some would have it, ‘A chimpanzee could do a better job of running the economy….‘ Now, I’m no economist and the last thing I’m going to do is spout off a bunch of statistics copied and pasted from some business magazine. I’m a consumer just like the rest of us and when one of my colleagues asks ‘Did you get that from Amazon?’ and I reply ‘No, that’s impossible’, it requires some kind of explanation don’t you think?

I moved to Buenos Aires, Argentina in 2005 when the economy was beginning to settle down following the calamitous US$93Bn default of 2001. Fast forward to October 2011 when iron fist exchange controls were imposed, resulting in the growth of a black market ‘alternative’ economy also know as the Blue Dollar, but more importantly, severe personal financial restrictions with relation to the US dollar so beloved by Argentines due to it’s inherent stability. In layman’s terms these restrictions have meant the following: 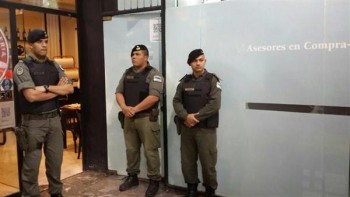 A self created monster out of control…..

You get the picture, so imagine strolling down your high street to collect your holiday Euros at your local bank and you get your collar felt by a Colt .45 and a swarthy and menacing looking Swat team. Seems outrageous doesn’t it? But this is the reality of daily life in Argentina and it’s not as if your typical Argentine isn’t used to it. God knows, they’ve had decades of experience dealing with wacky governments and draconian legislation, not to mention numerous coups d’etat and military dictators. Consequently, Miami has become the new Argentine shopping mall and bringing the stuff back through customs is the new cat-and-mouse game now familiar to all.

So where do we buy our gadgets?

Naturally these Stalinesque exchange controls have had a knock on effect whereby importers and wholesalers face almost insurmountable problems within this labyrinthine and corrupt system, to such a point that I’ve heard of $12,000 bribes being insisted on for the release of container loads of goods. Consequently, when the goods finally arrive at the shops, as of today’s date the prices are around double of what one might expect to pay in The First World. Alternatively one is able to buy locally branded laptops and tablets with names like Ken Brown, EXO, Bangho, Top House and Noblex, all designed to fall apart in a couple of weeks. I mean, would you buy a laptop by Ken Brown? No, I didn’t think so. 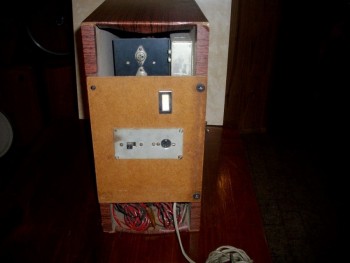 For example, a Samsung Evo 850 250gb SSD can be found on Amazon USA  or Newegg for around $90, where the equivalent in Argentina will be around $250. These disparities are largely due to the fact that the Argentine Peso is worth less than toilet paper, it needs to be devalued even more and rampant inflation of between 25% and 35% (nobody can be sure because the government lies constantly about this figure), so you can never be sure what the price will be next month. But most Argentines are imaginative souls and as they say, there’s more than one way to skin a cat, so they mule those shiny things into the country, the details of which I will leave blank to protect the innocent. And we don’t even dream about ordering even a rivet from Amazon for the following reasons:

I had the misfortune of having some sunglasses (nominal value $10) sent to me by a friend in Texas, USA which took six months to appear, required a sworn statement to be completed, a journey of 50 miles to an international airport and a humiliating experience of having to pay more than the goods were worth in legal bribery, and having the parcel opened in public. So, if you live in Argentina and your Granny in Indianapolis wants to send you some knitted socks, ask her to hide it in a freshly baked apple pie. That way, you might just get the socks after customs have eaten the pie.

When friends travel abroad, the most frequent questions they are asked on their return are ‘What did you put in your suitcase?’ or ‘How were customs at Ezeiza Airport?’ as if they had just returned from Mars and were entering the country with some Martian top-soil. It’s a bizarre situation which appears to have no end in sight, except that in October there is a general election and things might change for the better. However, being Argentina, this is not likely to happen due to the thuggish, corrupt and strong arm manner in which the current ruling party will endeavour to stay in power at all costs, where they will be obliged to continue feeding the monster they created. It’s actually very sad to see an administration hell bent on alienating the country from the rest of the world except Venezuela (just take a look at that country as an example), Iran, Vietnam, Angola,Cuba, Russia and China and allow more than 14 million families to live way below the poverty line, whilst driving the economy like a runaway train.

So, the next time your UPS or FedEx parcel arrives at your home in Muncie, Indiana three hours late, just be grateful it arrived at all, just saying.

6 thoughts on “Cry For Me Argentina”