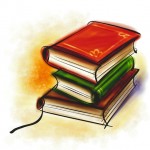 If it’s January, it’s time for an Apple announcement. Right around the time of CES, Apple routinely announces that it has an upcoming event.

This is particularly true since it no longer participates in iWorld (previously Macworld). In January 2009, the iPad was announced. In 2010, it was the Verizon iPhone (although arguably not an Apple event). The Apple announcements tend to steal some of the thunder of CES.

The Apple announcement this year will occur near the end of the month. Initial speculation was the iPad 3 or the forever-rumored Apple television.

AllThingsD is reporting that the announcement is related to iBooks, namely a textbook initiative.

As stated in Steve Job’s biography by Walter Isaacson, this was one area that Mr. Jobs had hoped to revolutionize just as he had done in so many other areas such as music, tablets, cell phones, etc.