In 1825, the first engineering college in the United States, Rensselaer School, opened in Troy, New York.

The school opened on Monday, January 3, 1825 at the Old Bank Place. It is now known as Rensselaer Polytechnic Institute.

Learn more about Rensselaer at http://en.wikipedia.org/wiki/History_of_Rensselaer_Polytechnic_Institute

In 1957, the first electric watch was introduced.

According to The Watch Guy,

Hamilton started its quest to produce the first battery-powered watch in 1946. The research would take more than ten years to develop a working prototype.

Learn more about the electric watch at http://www.thewatchguy.com/pages/HAMILTONELECT.html 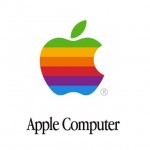 We all know the rest of the story…