Topics included updated MacBook Airs and MacBook Pros along with a new MacBook Pro with Retina display.  There were also updates on Mountain Lion and iOS 6.

Apple’s CEO Tim Cook was the first to take the stage with a brief overview of the phenomenal success of the App Store.

There are now 400 million accounts and 650,000 apps in the App Store. 225,000 of those apps are made specifically for the iPad. There have been more than 30 billion app downloads with over $5 billion in payments to app developers. Currently the App Store is in over 120 countries but my month end, that number will be 155.

Next up was Phil Schiller, Senior Vice President, Worldwide Marketing to talk about “exciting new changes to our notebook lineup.”

The entire MacBook line has been updated with faster processors, memory, flash storage and USB 3 connectivity. 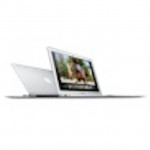 The 11- and 13-inch MacBook Airs have been outfitted with the latest Core i5 and Core i7 dual-core processors. The new integrated Intel HD Graphics 400 is up to 60% faster than the current models. The MacBook Air features flash storage up to four times faster than traditional hard drives. The MacBook Air also features a FaceTime HD camera that delivers high-def 720p. 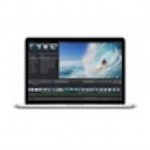 Phil Schiller says it is “the most beautiful computer we’ve ever made.” In addition to the Retina display, the new MacBook Pro features all flash storage and quad-core processors.

According to Tim Cook, this MacBook “pushes the limits of performance and portability like no other notebook.”

The new Retina display has over 5 million pixels, 3 million more than an HD television.

The MacBook Pro with Retina display is only 0.71 inches thick and weighs only 4.46 pounds, due in large part to its aluminum unibody design and all flash storage architecture. This architecture also provides improved reliability, instant-on responsiveness and thirty days of standby time.

First, he provided some statistics related to Mac’s operating system, OS X. 26 million copies of Lion have shipped so far, making it the best selling Mac OS release ever. The current Mac OS X user base is 66 million. 40% of OS X users already on Lion (9 months). By comparison, it took Microsoft 27 months to achieve the same level of adoption.

There are over 200 new features in Mac OS X 10.8 Mountain Lion. Craig Federighi went on to detail eight of them.

iCloud integration – With 125 million registered users, Apple had good reason to integrate iCloud into Mountain Lion. Mail, Contacts and Calendars will sync along with Messages, Reminders and Notes. There is also a new feature called “Documents in the Cloud” which keep your documents synced up. Supported apps include Pages, Keynote, Preview and TextEdit.

Notification Center – Incoming notifications will appear and the slide away while in full-screen mode. Sounds, Banners and Alerts are now supported in Mountain Lion as they are in iOS. You can view notifications with a two-finger swipe.

Dictation – Dictation is built into Mountain Lion and allows you to dictate text anywhere you can type, whether you’re using an app from Apple or a third party developer.

Sharing – You can share links, images, and video in Mountain Lion you can share right from the app where you’re working. There’s a share button on the toolbar.

Safari – New features include a unified smart search field which will find matches from bookmarks and history and a feature called ‘iCloud Tabs’, which syncs tabs on your devices. Also Tabview was announced. It is a feature that allows you to see all of you live tabs. When you zoom out, you are able to zoom further out? I’m pulled into Tabview — I see all my live tabs.”

Power Nap – This is a new feature that keeps your Mac up to date while it sleeps. It will back up while it sleeps as well as refresh data. It is a silent, power-efficient operation. Unfortunately, this will only be available on MacBook Airs (starting with 2nd generation) and the new MacBook Pro with Retina display.

AirPlay mirroring – You will now be able to use AirPlay on the Mac like you do on your iPhone or iPad. You can send video to your TV (as long as you have an Apple TV). You can also send audio to AirPlay-enabled stereos as well.

Game Center – This is similar to Game Center for iOS. It uses the same account information. It supports turn-based and head-to-head gaming. It can be used for Mac-to-Mac or Mac-to-iOS gameplay.

Other Mountain Lion enhancements include some directed at China, namely improving the current Chinese input method and adding a new Chinese dictionary as well as support for Baidu in Safari.

Mountain Lion will be available in July. For current Lion or Snow Leopard users, $19.99 allows you to “upgrade all of your personal Macs.”

Scott Forstall, Apple’s Senior Vice President of iOS Development was up next to talk about iOS.

There have been 365 million iOS devices sold through March 30th. 81% of apps are using Notification Center, sending 1.5 trillion push notifications. In addition, there are 140 million iMessage users.

Twitter has seen a threefold growth in iOS users with 10 billion tweets being sent from iOS 5 devices. 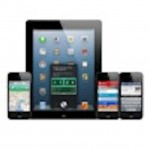 Siri can launch applications. For example, say “Play Temple Run” and Siri will launch the game.

A new feature is called ‘Eyes Free’. Apple has worked with car manufacturers to include a button that will bring up Siri. Several car manufacturers have committed to delivering this in the next twelve months. They include Audi, BMW, Chrysler, GM, Honda, Jaguar, Land Rover, Mercedes Benz and Toyota.

Also, Siri will speak in 15 new languages, including Korean, Cantonese, Mandarin and Italian.

In iOS 6, Siri will be available to iPhone 4S as well as new iPad users.

Some pretty nice features are coming to the Phone app. In addition to the ‘Decline’ and ‘Answer’ options, you will now have options to ‘Reply with Message’ or ‘Remind Me Later’.

For ‘Reply with Message’, you can send a message, “Can’t talk right now…” along with one of the following
– I’ll call you later.
– I’m on my way.
– What’s up?
– Construct a custom message.

The ‘Remind Me Later’ option will remind you
– In one hour
– When I leave
– When I get home
– When I get to work.
Yes, your phone will figure out when you leave, get home or get to work. Creepy and cool all at the same time.

Another feature is ‘Do Not Disturb’. You will still get the message but your phone will not light up or make a sound. You can screen calls by groups so you can be notified of some calls but not others. If you have the ‘Repeated Calls’ feature on and someone calls back in three minutes, the call will go through with the idea that it must be pretty important.

FaceTime will no longer be wifi only and will work over cellular networks. In addition, Apple will be unifying your Apple ID and telephone number. That way, if someone calls you on your phone for FaceTime, you can answer it on your iPhone, iPad or Mac. This will also be true for iMessage.

Safari will support the iCloud tabs discussed earlier. An offline reading list capability is being added to Safari as well. Smart App banners will have users jump right into the app or download the app. For apps, web activity and app activity will be synced.

Photo Stream will now support sharing with friends. Choose the photos and choose the friends. The friends will get a notification. The photos will appear in an album that your friends can comment on.

The native Mail app will have a new feature called ‘VIPs’. It allows you to identify who you really want to be notified about. VIPs have a star next to their name. There is a VIP mailbox that will contain mail only from VIPs.

Another new feature in Mail is the ability to inset photos and video right from the Compose window. Also, your incoming email list will be able to be refreshed by pullind down on your Inbox similar to what is done to refresh Facebook today.

Passbook is a new app that organizes all of your passes (boarding passes, movie passes, store cards, etc.). There are templates available to facilitate development of templates. Geolocate will pull up your card when you are near a store, such as Starbucks. Cards are live. For example, the app will update your boarding pass if your gate changes.

There is a new accessibility feature, Guided Access. Guided Access will allow users to selectively disable portions of a device’s screen, buttons (such as the Home button) and parts of apps.

Apple’s new Maps app will include more than 100 million business listings and integrated Yelp. In addition, they are building a traffic service that will consist of anonymous, realtime incident reports. Also featured is Siri integration and turn-by-turn navigation. Arguably, the coolest feature is called Flyover. It provides realtime 3D satellite views of cities.

Find My iPhone will now have a new ‘lost’ mode. You can send a number to your iPhone and the person who finds it can just tap on the number to call you. Hopefully, some honest soul will find it and help you out.

iOS 6 will be available this fall for IPhone 3GS and later, the 2nd and 3rd generation iPad and the 4th generation iPod touch. The software development kit (SDK) beta is available today.

Well, that’s finally the end. Even for Apple, this was an announcement-packed WWDC keynote address.  No mention of the iPhone 5, although with iOS 6 being released this fall, a September/October launch of the iPhone 5 is looking more certain.