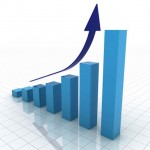 The presentation began in typical Apple style with Tim Cook reviewing blockbuster sales figures for iPhone 5. It is the fastest selling phone in history, with five million units being sold during its launch weekend. In addition, more than three million new iPads have been sold. In total, there are over 200 million devices running iOS 6.

There are 700,000 apps in the App Store now, including 275,000 apps specifically for the iPad. There have been more than 35 billions downloads of apps. Apple has paid its app developers $6.5 billion.

Over 100 million iPads have been sold. iPads account for 91% of tablet web traffic. 94% of Fortune 500 companies are either testing or have deployed iPads.

iBooks textbooks are in 2,500 classrooms and have 80% of high school curriculum.

Now, on to new and improved products… 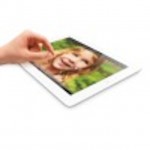 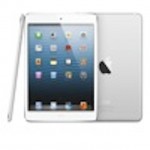 The most anticipated announcement of the day was for the iPad mini. And, yes, it’s even called iPad mini. It is 7.2 mm thick, about a quarter thinner than the 4th-generation iPad. It is also 53% lighter, weighing in at 0.68 lbs.  It is offered in the standard black and white models. Its screen size is 7.9” with 1024 X 768 pixels. That is about 20% smaller than the iPad’s 9.7″ screen.   It has a Dual-core A5 chip, a FaceTime HD camera, a 5-megapixel iSight camera, a Lightning dock connector and a 10-hour battery. As with the iPad, it is available in 16- , 32- and 64-GB configurations with both Wi-Fi only and Wi-Fi + Cellular. Also, as with the iPad, WiFi + Cellular will cost $130 more.

The pricing was higher than many anticipated.  The most mentioned (and hoped for) price was an entry price of $249.

Preorders for the 4th-generation iPad and iPad mini begin this Friday (October 26th) with Wi-Fi Only shipments starting on November 2nd.

The new 13” MacBook Pro sports a Retina display with 4,096,000 pixels, almost twice that of a HD TV. At 0.75” thick, it is 20% thinner than the previous generation. It weighs a mere 3.5 lbs. and features a FaceTime camera, glass multitouch trackpad, backlit keyboard, stereo speakers, dual microphones and a 7-hour battery. It has a standard 8 GB of RAM and up to 768 GB SSD storage. It supports Bluetooth 4.0 and 802.11n wifi and has an Intel Dual Core i5 or i7 Ivy Bridge processor. A MacBook Pro with 8 GB of RAM and 128 GB storage is priced at $1,699. Shipping starts today. 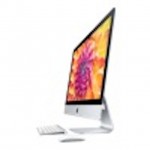 As expected, the iMac saw a refresh. The iMac is now 5 mm thin, 80% thinner than the previous generation. The 27” display has 2560 X 1440 pixels while the 21.5” has 1920 X 1080 pixels. There is 75% less reflection than the prior version. It has stereo speakers, a FaceTime HD camera and dual microphones. It supports up to 3 TB of storage and come with an Intel i5 or i7 processors. There are four USB 3 ports, an SD card slot and two Thunderbolt ports. 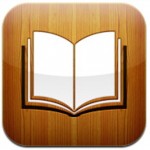 The new version or the iBooks app supports continuous scrolling and allows you share passages with Facebook and Twitter. The iBooks Author app has been updated as well to provide portrait templates and multitouch widgets. The updates are available today in the App Store.

All in all, a rather eventful event.  Unfortunately for the other product announcements, the iPad mini is what most people are talking about.

1 thought on “Apple Shows Off iPad mini and Much More”