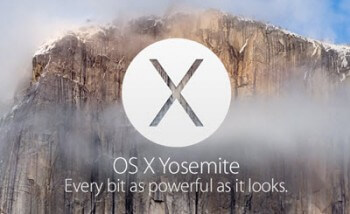 Along with releasing iOS 8.3 on April 8th, Apple also released OS X Yosemite 10.10.3 together with the new Photos app.  While the iOS update consisted primarily of bug fixes, the Yosemite update focused more on new features although there were a few bug fixes as well.

The new Photos app is now available.  The new app allows you to browse your photos by time and location in Moments, Collections, and Years views.  You can navigate using Photos, Shared, Albums and Projects tabs.   You can store your photos and videos in iCloud Photo Library in their original format and in full resolution and access them from your Mac, iPhone, iPad or iCloud.com. Perfect your photos with new editing tools and create photo books with simplified bookmaking tools. Purchase prints in new square and panoramic sizes. To upgrade your iPhoto library to Photos, just launch the app.

OS X Yosemite 10.3.3 also includes the addition of over 300 new Emoji characters (just as in iOS 8.3) and adds Spotlight suggestions to Look up.  It also improves screen sharing reliability. Safari’s stability and security have been improved as well as Wi-Fi performance and compatibility.

Fixes include preventing Safari from saving website favicon URLs used in Private Browsing as well as resolving an issue that may cause Bluetooth devices to disconnect.

Based on the short list of bug fixes, it looks like OS X Yosemite is in good shape. If only that was true for iOS 8.

When you are ready to update your Mac, I am always a big believer in doing a backup first.  I have hourly backups set up in Time Machine so I’m pretty well covered where that’s concerned.

To update your Mac, go to the App Store and click on Updates.  Pending updates will be displayed.  Click on the ‘Update’ button next to the ‘Software Update’ entry to only update Yosemite or click the ‘Update All’ button to update all pending application updates.