It’s 0800, I’ve barely finished my second cup of coffee, the phone rings and a lady recounts a woeful tale of how her PC just stopped working over the weekend, on Saturday when her grandchildren were visiting, to be exact.

It just stopped working or similar phrases such as it’s frozen up or it’s a tad slow are perfectly apt descriptions and generally hit the nail right on the head. In this particular case, the PC fired up OK, but I had to go for a leisurely stroll around the block, make another cup of coffee on my return and sweep the floor before we finally got to the desktop.

A tad slow then.

It turns out that the PC had been reduced to a crawl due to having three antivirus programs installed, numerous tune up utilities and a host of crapware attached to the plentiful amount of browsers installed on the system. I could almost hear the PC groaning at the strain of having to carry all this weight at start up, so I scrubbed up, sharpened the knives and removed the culprits with extreme prejudice, causing a warm glow you could almost touch, around the vicinity of the PC.

Needless to say, all the usual suspects such as Ask, Babylon, Delta Toolbar, Sweet IM, Incredimail and other culprits were blasted into the stratosphere, to the delight of the customer, who I advised to create a limited guest account on the PC and password protect her own account, just to be sure, without actually mentioning the grandchildren.

A lady enters the shop, laden down with shopping bags and what appeared to be a laser toner cartridge being thrust menacingly toward me. After our preliminary greetings, she asks me rather peevishly to quote her on a replacement toner and please to give her a price right now, straight away.

As it turned out, the toner wasn’t original, but one of those compatible models and hence rather tricky to identify and price up, which of course was the information I conveyed to the by now, rather testy lady with the shopping bags. 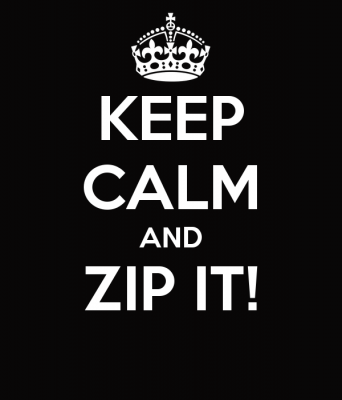 You know that gut feeling you get when you know things are not going to end well? This was definitely one of those moments and when I rather foolishly asked her if she knew the model or name of the printer involved, I vaguely remember being told that I had no right to be running a computer shop if I couldn’t answer a basic question, or something along those lines, before everything became a little blurred by the volume from behind the sales counter, to where I had retreated.

Needless to say, when I asked her if there was anything else I could help her with, she and her shopping bags were gone in a blink and the slamming of the door. It’s odd, but during the whole exchange, I probably uttered around six syllables, which is probably just as well in the end.

One of my regular customers lurches through the door with an ancient Compaq under his arm, which I recall immediately, having installed Windows XP on the already struggling ten year old machine some weeks earlier.

I was a little taken aback therefore, when I was asked to scrub the hard drive and install Windows 98, which gave rise to one of those John McEnroe moments, when I exclaimed ‘You cannot be serious!’.

But he was and I did, in what was a strangely blissful experience, replete with illegal operations, fatal exceptions, gnashing of teeth and the oft repeated mantra ‘The customer is always right….’.

As I was finishing off a routine heat-sink repair, I glanced up and spotted a well dressed gentleman waiting at the door and let him in with a smile and the hope that I might just sell a widget in an otherwise low-profit day.

Straight to the point, he asked me if I could quote him on a Seagate 500Gb hard drive, a couple of 1Gb DDR2 memory sticks and a flash drive. As I was about to check the screen for prices, it was too late, as he already had the gun out, telling me that whatever I did, I shouldn’t put my hands up, which is exactly what I did next.

The next five minutes unfolded in slow motion as the gunman,very nervous at this point, had my sole employee on his knees, Miami Vice style, whilst I encouraged the by now profusely sweating would-be-robber to come back to the front desk so we could search for some money that he so eagerly desired.

Knowing that the front sales counter faces a huge window onto the street, our hapless goon immediately followed me, snatched a few bills from my pocket and ran for the door, taking a couple of sideways glances down each side of the street, before he scarpered into the crowd and presumably to work a little more on his Jimmy Cagney moves.

On arriving home that evening, the normal ‘How was your day dear?’ took on a whole new slant and the beer didn’t stay cold for too long….

6 thoughts on “A Day in The Life of a PC Technician.”