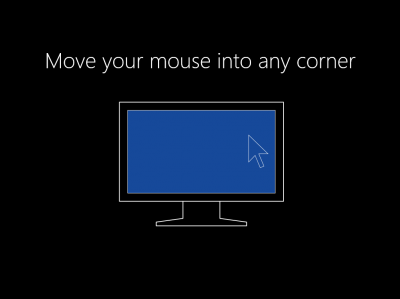 Let’s face it, Windows 8 is a hybrid operating system which, by definition, is something that is formed by combining two or more things. Or more graphically, a car with a petrol engine and an electric motor, each of which can propel it along.

One could also suggest that Windows 8 is probably the result of a Microsoft brainstorming session circa 2009, when top executives came up with the bright idea to slap a Windows/Android/iOS touch-screen-hybrid on to your desktop computer, but no one had the audacity to put their hand up and point out some of the reasons why most Windows users would think the idea was completely barking.

Well I am that someone and here are a few of my reasons why Windows 8 sucks.

This utterly useless feature of Windows 8 somehow escaped from its cage and made it to our desktops, confusing everyone bar none. The very name entices you into a world of fairy dust and magic spells, instead of which you get a bunch of clunky dead ends that achieve absolutely nothing. Even invoking the thing is a hit and miss affair and enticing it out of its lair is nothing more than an irritating chore. Numerous machines have come my way for attention and getting the mouse cursor within millimetres of the exact position in the corner of the screen has been a major fail. I could have perhaps accepted anywhere on the right of the screen or in fact any screen edge at all for it to work in much the same way as Stardock has successfully managed to outdo Microsoft without even breaking a sweat. 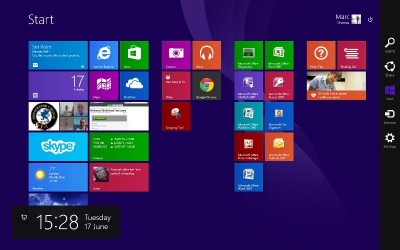 If we’d wanted a cut down kiddies’ application to check our email, talk on Skype or be constantly informed of who just posted a picture of their pet hamster, we’d turn to our smartphones or tablets. A desktop computer is not a mobile phone and most do not have a touch screen.Desktop computing is simply not geared towards a live touch environment and many of us would prefer to escape to the serenity and relative privacy of our PC’s, knowing that we’re not being bombarded with endless social updates and pop ups, most of which are of little significance anyway.

Take the Skype and Facebook apps for starters. The Skype app has zero configurable options, so you’re stuck with all the default options whether you like it or not and the Facebook app simply doesn’t work for many thousands of people. It’s installed and logged on, but totally bereft of anything related to the account and therefore unusable, so I removed both apps and reverted to desktop use as I did with Internet Explorer.

The first thing that greets you with a new install of Windows 8 is an invitation to sign in to your PC using a Microsoft account. Yeah, like everyone has one of these of course. You can sign in with a non Microsoft account or a local account for that PC, but those options are far from obvious to the new user and in particular someone who isn’t au fait in the use of computers in the first place. The reasoning here is pretty clear in that Microsoft simply wants you on board, using the STORE, synching with  One Drive and any other PC you may have the OS installed on.

Once signed in with a Microsoft account, Windows 8 is in the habit of nagging for a verification of the account and dealt with by the input of a security number sent by email, which never works, with the delightful message ‘something has gone wrong’. 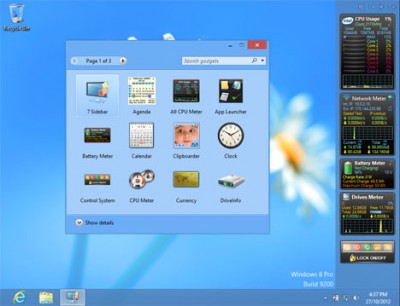 When upgrading from Windows 7, one of the most noticeable aspects is the amount of features that have been stripped away in Windows 8. The list of missing, disabled or hidden features is far too long to itemise here, but suffice to say that many users are up in arms as to why such seemingly harmless and lightweight goodies have bitten the dust. Here’s a few as a reminder:

We could expand on this list ad nauseam of course and those who have adapted to Windows 8 quite happily will tell you that either the feature isn’t necessary or you can achieve the same result with a registry hack or a third party add on, which misses the point entirely. If you were trading in your car for the newer GTi with go faster stripes and the salesman told you they’d removed numerous comfort features you’d grown accustomed to, you’d ask yourself why you were upgrading in the first place wouldn’t you? I know I did.

Windows on a diet 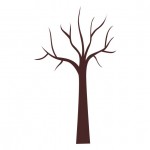 Not only has Microsoft robbed us of numerous much loved Windows features, but it now seems to have claimed every pixel of your desktop real estate in some absurd and misguided effort to rid us of clutter. Well some of us like a bit of clutter; we like our scroll bars thick and juicy and we like the way Windows Explorer had big chunky navigation arrows and easy to find features using the command bar, instead of the click-centric ribbon explorer which I loathe. 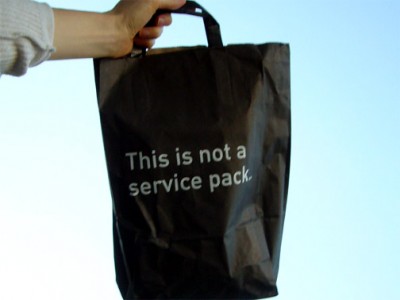 One has to wonder if Microsoft were asleep at the wheel when they decided to roll out updates to Windows 8, with 8.1 being a case in point. Is it a service pack, an update or a brand new version of Windows 8? At nearly 4Gb, 8.1 is a hefty size and since Microsoft in its infinite wisdom hasn’t seen fit to make an ISO available, you’re forced to download through the Windows Store, regardless of how many PC’s you need to upgrade, which makes the whole exercise a long and tedious affair.

Then came the beautifully named Windows 8.1 Update 1, which could have easily been named 8.2 or SP1 or even Harry and we’d all have understood. It then transpires that Harry is such a critical update that if you didn’t grab it by June 10th 2014, you’d be screwed for all further updates to your shiny new OS and to further muddy the waters, actually identifying the update ended up as a game of musical chairs. Way to go Microsoft! 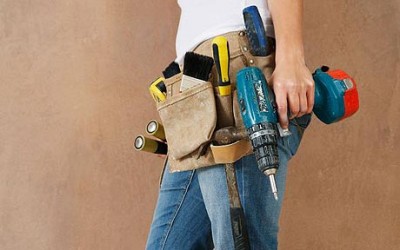 It’s pretty much an accepted fact that geeks, PC enthusiasts and technicians love to crawl under the engine and tweak systems in ways that are not normally printed on the box.

However, if we use the GTi analogy once more, most Windows users, including tech geeks, consider that bolting new seats and headrests into our shiny new acquisition, is a bridge too far. I’ve already mentioned the features that have gone AWOL and yes, some of those features can be either brought back to life or tweaked in Windows Registry, which is a dark, forbidding place and not recommended for casual users.

One has to beg the question therefore, why knobble and strip down certain features with the inevitable result of alienating a huge customer base who would otherwise stay loyal?

If there is one feature that’s argued about more than any other, it has to be START.

How many times have you tripped over seasoned geeks cowering under their desks, reduced to sniveling wrecks and mumbling incoherently ‘Where’s my Start menu?’ It’s a sad, pitiful sight and not to be taken lightly.

Glass half full or glass half empty? Myopic? Actually, none of the above and it’s surprising to read such disparaging remarks thrown at people who detest the hideous new start screen. 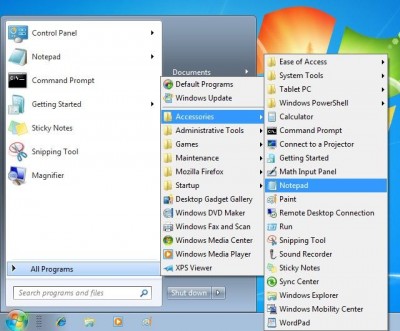 ‘The START screen IS the Start menu, so just get used to it…’ is an oft used retort in the ongoing Start Wars, but again, the point is totally missed by a very wide berth.

The bleeding obvious of course is that the fundamental design of START and its menu structure has remained unchanged since the venerable Windows 95 and this is because it’s beautifully simple and just works. It’s hardly surprising therefore that users have been installing third party solutions in their droves, in spite of the fact that Microsoft gave back some limited START functionality in 8.1 as a half baked, halfway house on the road to Windows 9.

‘So don’t use the START screen then!’

All well and good, but how to find all those programs you’ve just installed? Put shortcuts on the desktop for ALL of them? Or pin them to the taskbar ?

Either way, since START is such an integral and fundamental base upon which Windows 8 is built, you’re going to find your way back there sooner or later, whether you like it or not.

And therein lies the rub. In another article I wrote on this subject, I mentioned I was dual booting and I asked if I would be binning Windows 7 on a permanent basis.