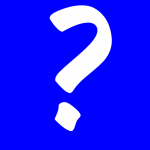 As a result of a mishap, my dear husband had to set up a new iPad mini based on the last backup of his old iPad mini.  After everything was loaded, he couldn’t find Facebook.  If you did a search for it, it showed up.  It also showed as being installed in iTunes.  Where in the heck was it?

If you can’t find an app on your iPad or iPhone, it is usually because one of two reasons.

Too Many Darn Apps

The most likely culprit is that you just have too many apps loaded onto your device.  iOS supports eleven pages of apps or folders plus six in the dock, for a total of 226 apps or folders.  When my husband loaded up his new iPad mini, the apps did not load into folders (like he had on his old iPad mini) so there were more than eleven pages of apps.  I moved some apps into folders, re-synched, and sure enough, Facebook appeared.

If you have enabled Restrictions (Settings — General — Restrictions), you may have apps that are no longer available on your device.  Facebook is one, along with Twitter and the ‘standard’ iOS apps.   Turn off Restrictions to make all apps available.