Twenty years ago I bought a new Pentium II computer bundle, (to which I later fitted a 3DFX Voodoo II graphics card) and started to play my first computer game, Tomb Raider II. From that moment on I was hooked on the Tomb Raider (TR) series and this particular game is one which I still play today on Windows 10. Essentially, the early TR series were third-person adventure platforming games, with an emphasis on elaborate puzzles, enemies in the form of armed thugs, numerous endangered species and some incredibly challenging boss fights. It was like nothing I had ever seen before and in retrospect, it was the dawn of a kind of age of innocence in gaming terms to which I became completely hooked. The persona of Lara Croft has now become part of computer gaming folklore.

Core Design, the creators of Tomb Raider went on to make a further six games featuring Lara Croft and when the franchise was acquired by Eidos/Crystal Dynamics some years later, a faithful remake of the original Tomb Raider I was released as Tomb Raider Anniversary, but no such remake/re-imagining of TRII has ever been suggested by Crystal Dynamics, so a dedicated fan of the series took up the challenge all by himself.

A French Tomb Raider fan by the name of Nicobass has been working on a full remake of TRII since early last year or possibly even before. News of his audacious project has swept through the Tomb Raider community like a whirlwind and the most remarkable aspect is that he appears to be working on the project entirely alone. This is no mean feat considering the game has seventeen levels, a training level (Lara’s home) and an epilogue; not to mention numerous cut scenes that help weave the story together. In fact, it wouldn’t be an exaggeration to say that the puzzles and mechanics of the game are some of the most intricate and complex I’ve ever come across and will probably require months, if not years of hard work and dedication. 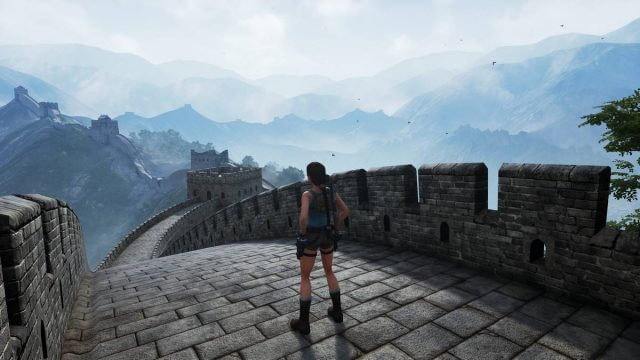 Nicobass is using the Unreal Engine 4 to recreate the game from scratch. In other words, it’s not another HD rendering of an existing game, but a completely new game, built from scratch and posing challenges similar in many respects to the Half Life remake, Black Mesa, although a little smaller. Unreal Engine 4 is a complete set of game development tools and since March 2015 has been free to download. This generous move away from a monthly subscription by Epic has enabled new and existing developers to forge ahead with projects by having a major obstacle removed.

Perhaps what excites Tomb Raider fans more than anything else is the prospect of seeing Lara in a familiar but more life-like setting, yet brought to life with the tools and rendering capabilities that could only have been dreamed of back in 1998. In much the same way as the small team of volunteers did with Half Life when they remade the game as Black Mesa, yet retaining the core principle of the game itself.

Here’s a side by side comparison of both the old and the new.

Fans have been remaking levels of different Tomb Raider games for over twenty years and this was made possible when Core Design released a level editor with Tomb Raider Chronicles. But of course, this remake is not the same as creating new levels for an existing game because it’s being made with a modern engine from the ground up, allowing Nicobass an entirely unlimited level of creative freedom. From what little we’ve seen so far, he is sticking faithfully to the story-line and architecture of the original game yet endowing Lara with additional skills in a natural evolution, as we’ve seen in later Tomb Raider games. 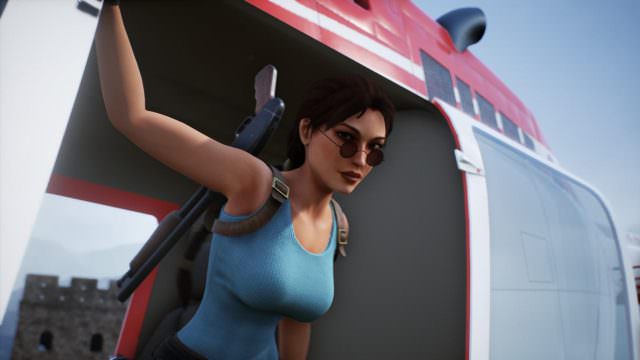 Personally, I’ve always found the earlier Tomb Raider games to be much more challenging and far less forgiving in so many different ways, with Lara falling to her death from a precipitous ledge merely because I released a key at just the wrong moment. But that’s always been part of the fun and whilst the later games from Crystal Dynamics are clearly superior visually and give the player more fluid control of Lara, there’s no denying the dumbing down aspects. For example, in the earlier Core Design games, it was never obvious where Lara needed to jump to in order to progress, but in the later games you simply glance around for an obvious white ledge or press the hint key and you’re on your way. Thankfully however, it appears that Nicobass is eschewing those white ledges , thus retaining the puzzle element which is so fundamental to the core game. 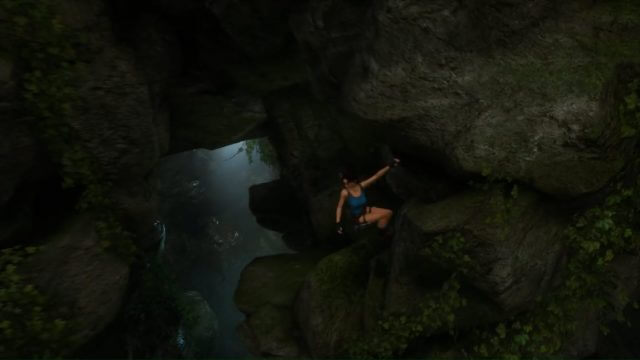 For me, and I dare say many other Tomb Raider fans across the world, the puzzle element is what drives the game and, short of consulting a walk-through, it’s very satisfying finding our way through the game with a minimum of hints such as white ledges and glowing portals.

A Labour of Love

Clearly, Tomb Raider – The Dagger of Xian is a work in progress and although Nicobass has generously uploaded numerous in-game screenshots and video clips of the new game, at this point it’s possibly a little premature of me to predict the mechanics of the game. What we can say, however, is that Lara’s gymnastics are very similar to the earlier Crystal Dynamics games, Legend, Anniversary and Underworld. Take a peek at this latest in-game footage to see what I mean.

Any undertaking of this magnitude is always going to be a labour of love, especially since Nicobass is expecting no financial remuneration for the end product or for his development costs. In fact, and according to his website introduction, Crystal Dynamics has given their blessing to his project, on the proviso that it’s non-profit making and that he doesn’t accept any donations. If he can manage it, the green light alone from the current TR IP holders must be a major incentive as it clearly illustrates their faith in his skills as a game maker. Again, it’s difficult NOT to draw comparisons with Black Mesa and their green light from the Valve Corporation after an eight year development period, but equally hoping that we won’t have to wait that long to play the game. As far as I can see, the entire Tomb Raider community is giving their moral support to Nicobass and we’re all spurring him on for the success he deserves.

Here’s another taster of what we might expect from Tomb Raider – Dagger of Xian and when further details are announced, I’ll be sure to report them here at Dave’s Computer Tips.