Apple is coming for your wrists, but not this year 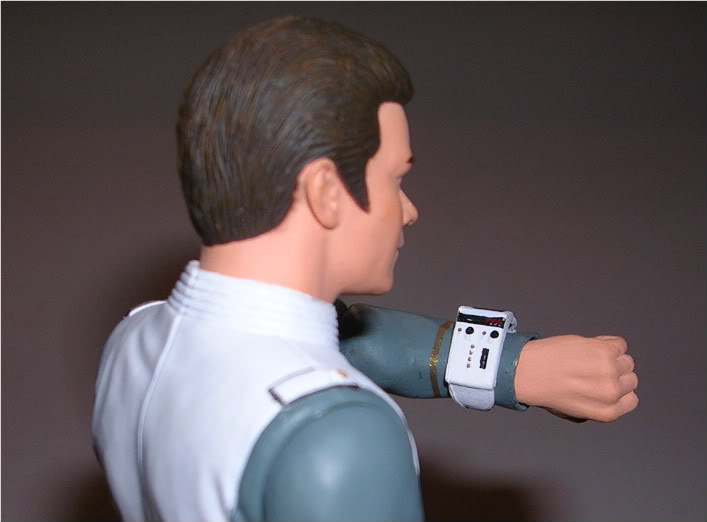 Apple got where it is today by climbing the industry ladder with great technology. In the early 2000’s, the company had a knack for entering an emerging device market and creating a near-ubiquitous “need” for its premium products. It wasn’t enough to have an mp3 player, you had to have an iPod. After Apple managed to get their AAC files onto everyones laptops and into their pockets, they came for our phones. Why should we carry an ipod, cell phone, and digital camera with us everywhere? We can have all of that-plus SO MANY APPS-at our fingertips at all times, with the sleek convenience of the iPhone. A few years later, Apple did it again by telling its customers they needed a bigger, faster touchscreen for their laps: the iPad. Now, sources like Bloomberg are saying Apple is setting its sights on our wrists in the never-ending quest to make humans fully dependent-on and immersed-in iOS.

It makes sense for Apple to introduce a new product in the very near future. The company’s biggest growths came after the introduction of each iProduct listed above. It’s not enough to refresh the product line every year: in fact some speculate Apple’s products are getting so good, that users are now able to go an extra year or two in between replacing their favorite iGear. For Apple to appease its investors and maintain its spot atop the tech industry, it will need a new, radically-innovative product release before 2015.

For years, we’ve been hearing that the next major Apple product release should/will be the full-fledged Apple TV, but that seems less likely every quarter. With all of the acquisitions and lawsuits being tossed around by the Time Warners, Comcasts, NBCs, Dish Networks, and Viacoms of the world, now doesn’t seem like the best time for Apple to throw it’s name into the mix by trying to shake up the industry and attempting to innovate too far. Not to mention the looming advancement of HD display and screen technology that makes 4k resolution cost prohibitive at this point and 1080p displays a bad investment for the future. Right now, there are a lot of bars of entry for Apple in the full-sized TV industry, so we should expect an Apple TV to be at least a couple years away (if they manifest at all).

Enter iWatch: Apple’s chance to “innovate” without the need for radically new or different technology 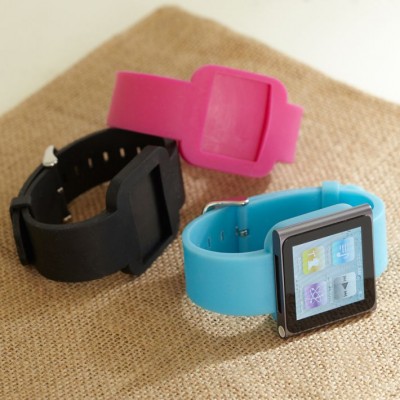 With the iPad (and especially iPad mini), Apple was able to create a new product, and a new device-lust, with little more than a few iOS tweaks and a new screen size. Look for them to recreate that success by shrinking the screen and iOS’s footprint in an iWatch. For serious fanboys and tech-lovers, there is already a more limited-version of an Apple watch available already: An iPod nano and a fancy strap is all you need to have some Smart technologies available on the wrist.  Still, the small “bare-essentials” os on the current iPod nano is much more restricted than an iPod touch, iPhone, or iPad with full internet-browsing and app-running capabilities. For the iWatch, many believe Apple will tailor a new version of iOS specifically for the watch screen:

The news that Apple is opting to go with a reworked version of iOS on the iWatch instead of an alternative system is very interesting, if true. In the sixth generation iPod nano, which was released in 2010, Apple used a separate mobile OS that resembled iOS but was actually a lighter-weight and much more limited platform. Using iOS instead of the nano’s operating system has some advantages for Apple (a single code base across its mobile line, more potential for third-party developers, and a familiar system for new users), it also comes with big challenges, and potentially adds one more degree of fragmentation to Apple’s mobile OS.

Just because the iWatch makes sense for Apple financially and pragmatically, and even though the tech-news blogosphere has been buzzing about the iWatch with increasing frequency and certainty, I still don’t think we”l be able to buy an iWatch in 2013. I don’t even think we’ll get an official announcement from Tim Cook and co. Apple (or more accurately, the press) has a long history of “leaking” the next Apple products, but a lot of those leaks are premature, misguided, and plain wrong.

Most major new Apple products come a year late. Tech journalism does a great job uncovering new devices from every major manufacturer, and the popularity and PR-appeal of Apple means that a disproportionate amount of resources are spent attempting to divulge the next major Apple release before anyone else. This also means that we end up hearing about major Apple products long before they are actually ready for the public eye. I remember everyone buzzing about the iPad for a full two years before they were actually available to buy. There were rumors of an iPad mini before Steve Jobs passed, and those rumors only got louder until an actual product was announced and released. Many “Apple Products” that the press uncovers have still failed to actually hit shelfs. We’ve been hearing about the Chinese Democracy that is the Apple TV for more than 5 years now, but we’re no closer to seeing even a first prototype. Another oft-rumored “pending-product” for the company is the iPhone mini, one more device that may never see the light of day. In a information-war dominated by page-clicks and “educated” guessing, we can’t count on an end to the Apple rumor-mill anytime soon.

As Gizmodo points out, journalistic-speculation does not a product make, “Could the iWatch come in the next nine months? Sure. But that’s no more true today than it was before Bloomberg’s report. So let’s not seek knowledge where there’s only hope.” For now we’re left to check the weather and tell the time like normal humans: with iPhones.