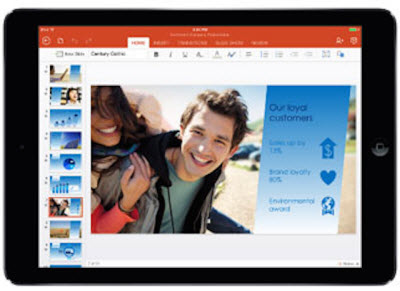 You can get a month’s free subscription to Office 365 Home Premium. After that, it will cost you $9.99 per month or $99.99 per year. Office 365 Home Premium supports up to five PCs or Macs plus five tablets. Also included is an additional 60 minutes of Skype calls / month and 20GB of OneDrive storage for each household member.

With many free apps out there, including Apple’s iWork suite, is Microsoft too late to the party?  Will a significant number of iPad users be willing to pony up around $100 each year to use these apps?    Or will the user base be those that already subscribe to Office 365? Well, the apps have taken the top four spots in the App Store just one day after their release.  Time will tell.