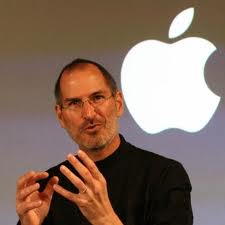 No doubting the most dramatic event for the industry during 2011 was the passing of Steve Jobs. Regardless of personal likes or dislikes, Mr. Jobs must surely be remembered as a truly great man; an innovator who’s inventiveness and entrepreneurial talents made an unprecedented and indelible impact on the consumer electronics market. Steve Jobs almost singly handedly shaped the future of portable devices and his legacy will undoubtedly continue to exert a major influence for years to come. 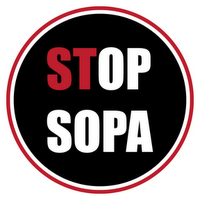 SOPA, that nefarious piece of legislation promoted by the U.S entertainment industry and currently under review by Congress, gets number one spot for creating the most amount of controversy during 2011. I cannot recall another instance where a proposed internet related bill has generated so many protests from such a wide variety of sources. From governments and organizations all over the word, from the man on the street to respected figures in the industry, the SOPA bill has been universally condemned. SOPA’s potential negative impact on the internet has been well documented, let’s hope the U.S. government eventually sees sense and this awful bill ends up where it belongs – RIP SOPA! 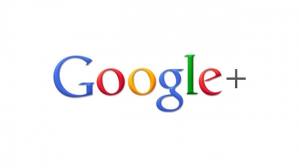 The biggest ‘new release’ story for 2011 must surely go to Google+ which hit the headlines mid-way through the year. Google Plus’s rise to prominence has certainly been meteoric; 10 million users just two weeks after launch, 25 million after 4 weeks, to more than 40 million users by October. While there is no doubting the remarkable impact Google+ initially made in social networking circles, pundits appear to be divided on its future. Some are predicting Google+ will continue to grow and eventually challenge Facebook while others are forecasting a serious drop off in interest, with a few brave souls even casting doubts over Google Plus’s very survival. I guess by the end of 2012 we’ll have a much better idea who was right and who was wrong.

Following are the market share figures for the end of the year – as at 31st December: 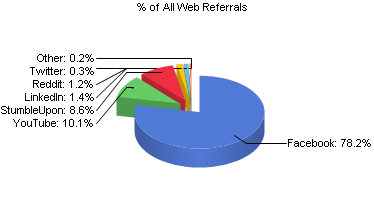