In 1877, John Stevens applied for a patent for flour rolling mill. 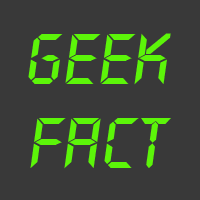 Theodore R. Hazen had this to say about the flour rolling mill:

Milling was founded on sound information and tradition passed on from one generation to another. This is the way it was both in England and when it came to this country. The millstone was the miller’s symbol of his art and his industry, and they were reluctant to accept roller mills in place of the millstone. One of the practices that was involved in milling was that metal should never come into contact with ground meal. Grinding grain with something other than stone, was un-heard-of. The millstones were a familiar and trusted device. When roller mills first appeared, the traditional millers never believed that the roller mills could ever replace the millstone as the prime flour milling device.

In 1948, the US announced a study to launch an Earth satellite.

Explorer I’s successful launch was announced at a press conference held in the Great Hall of the National Academy of Sciences building. This was appropriate, as the US earth satellite effort was initiated under the auspices of the Academy. Following an October 1954 meeting of the International Council of Scientific Unions (ICSU) in Rome.