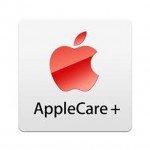 AppleCare+ is Apple’s protection plan.  For $99 plus $49 per incident, you could have two incidents in which Apple would repair or replace your device due to hardware issues or accidents (water damage, cracked screen, etc.)

The good news:   Until recently, AppleCare+ was only available for the iPhone and iPad.  Apple has expanded that to include the iPod and iPad Classic, for a cost of $59 plus $29 per incident.  In addition, AppleCare+ is now available in the United Kingdom, Italy and France.

The bad news:   AppleCare+ for iPhones will now cost an additional $30 more per incident with the deductible going from $49 to $79.  That means that your cost for the first incident is $178 ($99 initial cost + $79 deductible).   If you bought your device outright, that’s not much of a bargain.  But if you are on a 2-year contract, that’s still a lot cheaper than buying an unsubsidized iPhone.