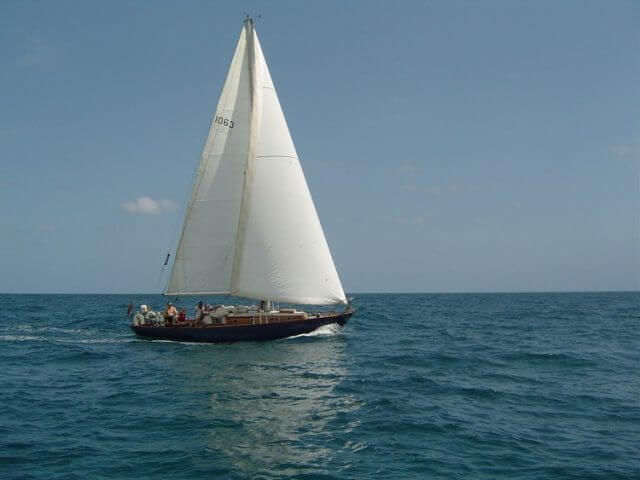 Fifteen years ago I was lucky enough to experience the adventure of a lifetime when I sailed my 35′ sailing boat from Wales to Spain via Portugal and Gibraltar. The entire voyage took six weeks and included a storm on the first night off the Isles of Scilly, becalmed in the notorious Bay of Biscay, a mutiny in Gibraltar and several days of solo sailing in the Mediterranean. 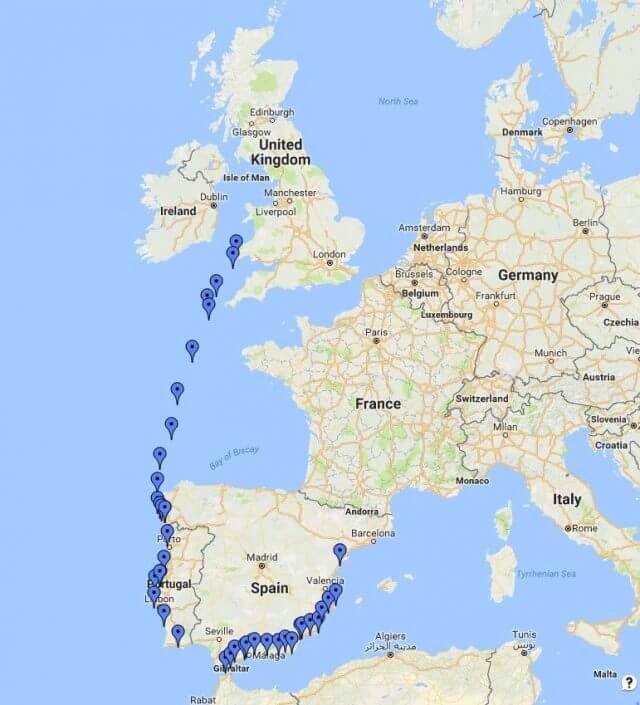 Looking back on the adventure I’m reminded of how far technology has advanced since 2002 and whilst I was making every effort to keep abreast of cutting edge tech at the time, I felt that the equipment we had on-board for the trip was more than adequate for it’s purposes. In fact, I would probably do the whole trip again with exactly the same technology; after all, the land and the sea are all in roughly the same positions as they were before and traditional navigation is still just as relevant today as it’s always been.

The boat was fitted with all the necessary navigational equipment including GPS, depth sounder, log and an array of other instrumentation to which I added a Pentium 4 laptop, a Nokia 6310i mobile phone and a small HP printer.

Hooking up the Nokia to the laptop was a black art in itself which, if I remember correctly, involved a proprietary Nokia cable from the phone to the serial port of the laptop. On the other hand, it could have been through an infra red connection with line of sight; either way, the internet connection, when I finally got online through some weird GPRS wizardry, was purely for downloading synoptic charts from the UK Met Office which I saved for later use. The internet speed, such as it was, was the equivalent of dial up, if not slower, but it was at least fast enough to download gray-scale GIFs for printing out later on. 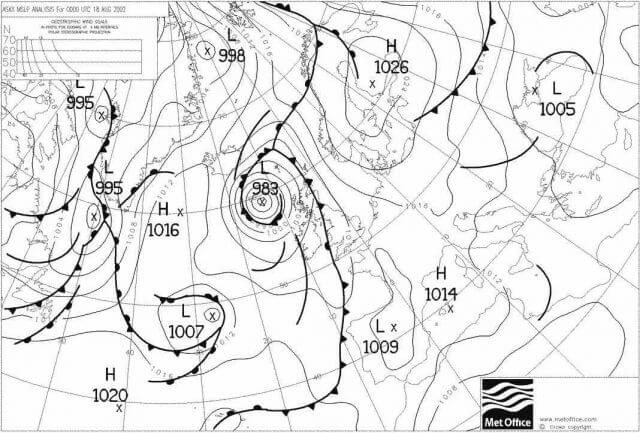 Our on-board GPS  was a Furuno Navigator (pictured) which gave us latitude and longitude which we then plotted on the admiralty chart every hour or maybe less, depending on weather conditions. I later added a full colour plotter to the boat which I used on numerous trips to the Balearic Islands, but that’s another story. 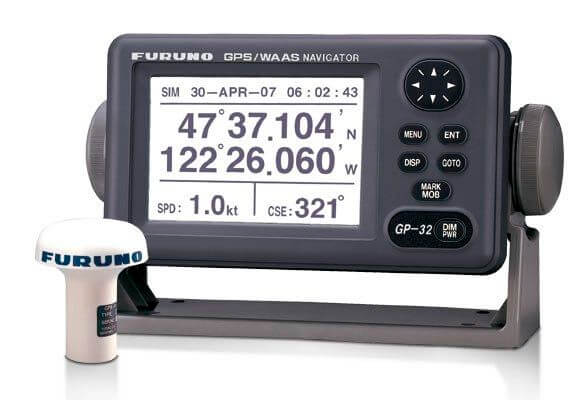 I also bought a handheld Magellan GPS which could be hooked up to the laptop serial port for use with plotting software, but I rarely used it, preferring to plot our position directly onto the chart. When in doubt, go manual. 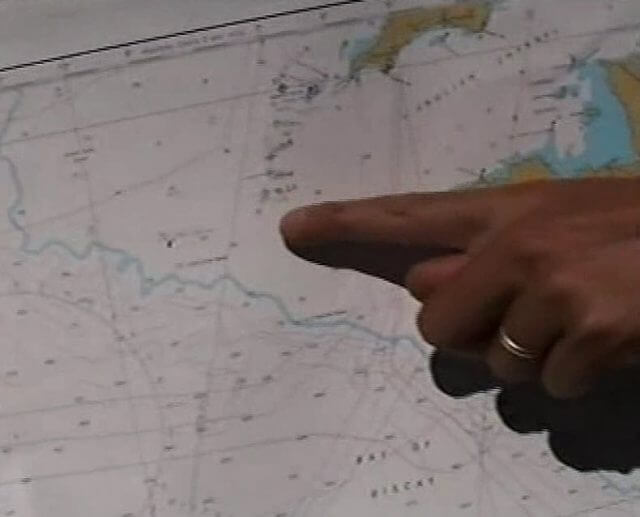 For entertainment, the boat was fitted with a Sony car radio/CD player which we only used when tied up in port and connected to mains electricity, as it sucked an enormous amount of juice from the ship’s batteries when under sail only. I did however take my Roberts RC 820 shortwave radio (battery powered) so that we could listen to the BBC World Service, adding a pre-war flavour to the proceedings. 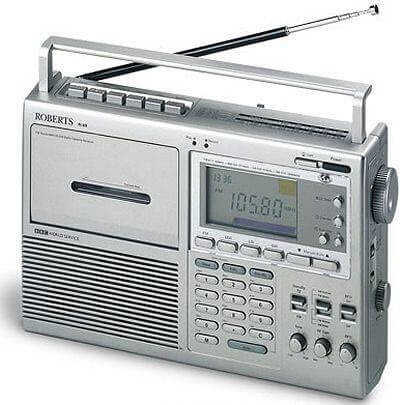 As far as communication was concerned, the boat was fitted with a fixed marine VHF and I also bought a handheld radio, which was very useful for using in the cockpit when entering and leaving port. No radar was fitted, but we did have a radar reflector on a mast stay at the stern to maximise our footprint, such as it was.

Other than that, the sounds of the sea, the wind in the sails and the sight of dolphins playing in the surf, is all the entertainment we needed. After all, the sea is the one place on earth where one can truly escape the distractions of life on land, where conversation and that essential peace of mind isn’t constantly interrupted by outside forces. Needless to say, it wasn’t long before we were truly out of touch once we had gone well offshore and out of GSM range, hundreds of miles from any coastline. I personally found that Dark Side of the Moon experience particularly rewarding.

After a few days of victualling, bunkering and waiting for the weather to clear (it had been blowing a force 9 the day we were scheduled to leave port), we had dinner ashore, enjoyed the hospitality of a local tavern whilst peering gloomily through the windows at the torrential rain outside. Not an auspicious start for sure and later that evening, we returned to the boat minus the carpenter. Whilst we were mulling over our options for the following day, D-Day if you like, the carpenter finally returned more than a little worse for wear and caused an irredeemable incident which forced me to expel him from the boat. 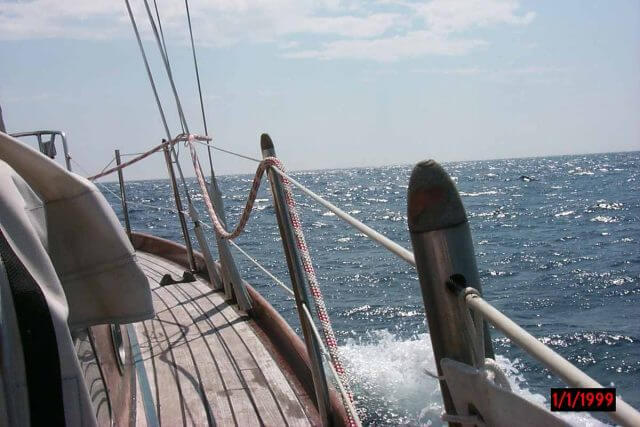 We awoke the following day to a gentle breeze and sunny skies, eventually slipping our mooring in Milford Haven at around midday, settling on a three man shift of two on, one off, every three hours. Whilst I was asleep in my bunk up forward around midnight of the first night, a squall blew up unexpectedly and, sensing a slight change of direction in the boat’s course, I leapt out of my bunk, threw on my foul weather gear and climbed into the rainy cockpit. I was dismayed to discover that one of my crew had decided to change course and head for the nearest land to the east, so I quickly rectified the course change, put us back on a southerly heading past Ushant and then into the Bay of Biscay. 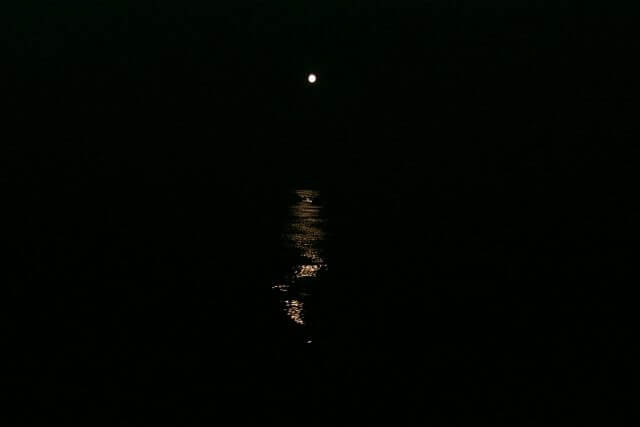 Apart from 48 hours of flat calm in the Bay of Biscay, the five day sail to northern Spain couldn’t have been more perfect, with fair southeast winds of five to six, gusting occasionally to seven, practically all the way to La Coruña. 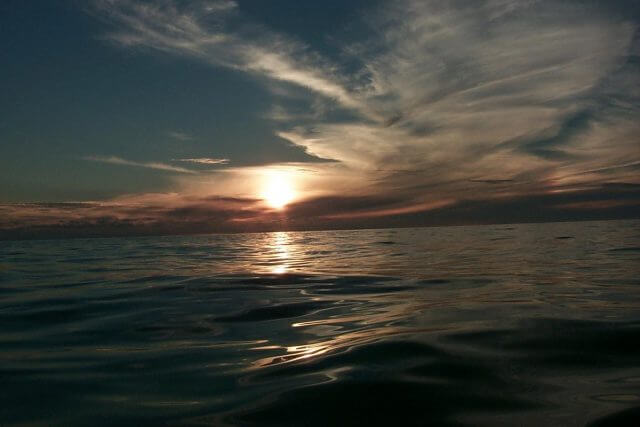 On any voyage of this kind it’s fundamental to keep a log book showing:

The log book was updated every hour by whoever was on watch at the time and now when I look back and read it, it’s interesting to plot the course of the boat, which I can now do on Google maps purely for fun.

During the voyage I kept a daily video diary using a Sony Handycam (mini DV) which I later transferred to VHS, then to DVD and as video compression improved over the years, finally to my hard drive for editing. I managed to edit the raw video down from three to two hours using Vegas Movie Studio, which is probably enough to catch the essence of the trip and I finally uploaded it to YouTube earlier this year. The video can be seen at the end of this article in its entirety and don’t forget that it’s now possible to speed up or slow down any video on YouTube should you feel like skipping ahead. 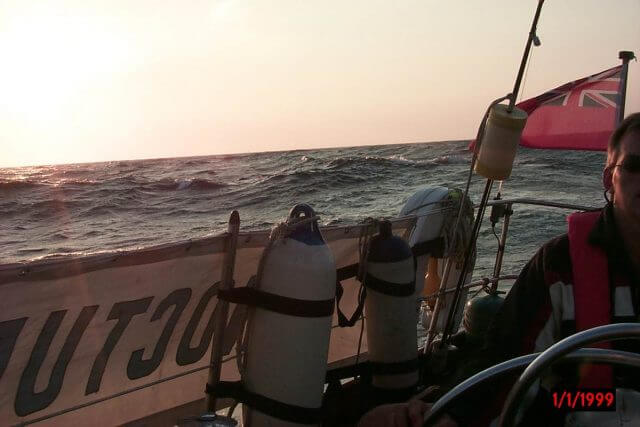 Mike (lawyer) left us once we’d arrived at La Coruña, Spain as he had court commitments to attend, so Willem and I sailed on down to Portugal and picked up our new crew member Richard (neighbour) 160 miles along the coast at Nazare which helped considerably with working the boat. The sail down the Atlantic coast of Portugal was bumpy and exhilarating, but a little sad when we had to say goodbye to Willem in Lisbon as he had to return to his business in Holland. 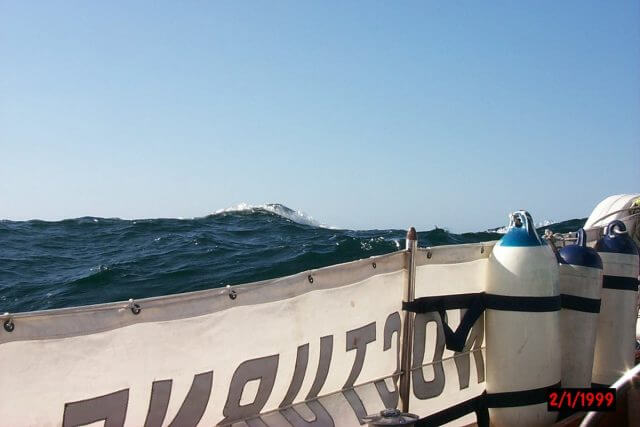 Meanwhile, Richard and I sailed from Lisbon to Gibraltar, which included a number of night passages and some picture perfect sailing. In fact, timing our final push through the Strait of Gibraltar had been crucial and although we were only doing about 6 knots through the water, our actual speed over the ground (SOG) was maxing out at 10 knots due to the favourable tide channel. It felt like being wafted along by a giant hand and the view of the rock, when it finally came into view through the haze, was breathtaking and a sight I shall never forget. 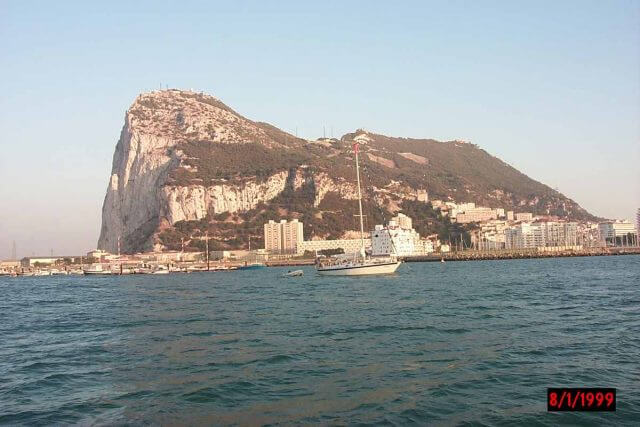 Many stories have been written about people thrown together in confined spaces and I’d be lying if I didn’t say that a little tension had built up between Richard and me. This culminated in a disagreement over a minor issue on our second day in Gibraltar, the result of which was him jumping ship and flying back home. Heck, it happens and I had to deal with it, so I weighed anchor a day or so later and sailed solo up the Spanish coast, eventually reaching my destination a little south of Barcelona some three weeks later, with help from other members of the family.

Truly a voyage to remember and I would do it again in a heartbeat. Tomorrow.