What’s in a number, right? Apparently, to Microsoft anyway, the numbers game is one of critical importance. While most rumors regarding new features in the next iteration of Windows have been spot on, the name guessing game has turned out to be way off the mark. In case you may have missed the news, Microsoft has decided to call its latest operating system Windows 10 and not Windows 9, which would have been the logical progression (7>8>8.1>9), and was also most pundits’ best guess. 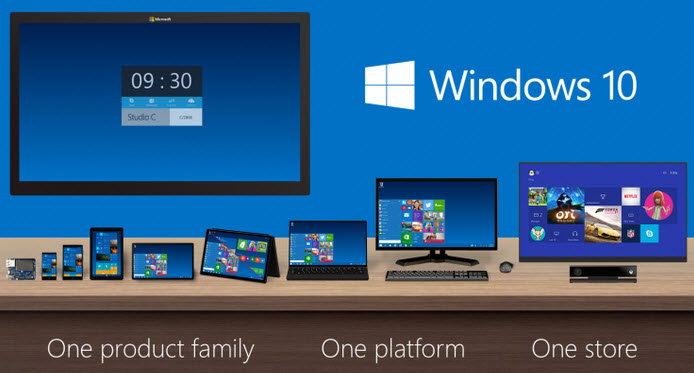 So why did Microsoft skip Windows 9 and go straight to Windows 10? If you read through Microsoft’s announcement on the official Windows Blog you will see that it is littered with clues, including continual re-iteration of the term “new”:

You don’t need to be Einstein to work out that this “new beginning” approach from Microsoft is designed specifically to create as much distance between Windows 8 and the latest Windows as possible, and by ignoring naming protocol and skipping past 9, Microsoft is hoping to re-enforce that perception – 10 being further away from 8 than 9 is.

While the new name might not make much sense arithmetically it does make perfect sense logically. Had Microsoft followed the natural progression and chosen Windows 9, those who have already taken a dislike to Windows 8 would likely see at as just more of the same.

Current statistics available through NetMarketShare (as at 30th September) show adoption rates for Windows 8/8.1 still lagging way behind expectations, accounting for a mere 13.8% of Windows overall market share. Only half that of the now out-of-date and unsupported XP (26.86%) and way behind the popular Windows 7 (59.3%). Opting for the name Windows 10 is obviously an attempt to encourage disgruntled users to take another look and hopefully (from Microsoft’s point of view) like what they see and upgrade.

(*Percentages shown in the screenshot above relate to overall market share, including Mac and Linux – I have recalculated the percentages to reflect Windows market share only).

Naming the new OS Windows 10 is, in my opinion, history repeating itself, just Microsoft’s way of distancing the failure from the new. Or at least creating a perception of same.

Of course, it didn’t take long for the hypotheticals to emerge. One popular theory is that because nine is pronounced the same as the German for no (nein), naming the new operating system ‘9’ would have had a negative connotation… Windows, No!

Another suggestion is that Microsoft opted for Windows 10 in order to maintain parity with Apple’s Mac OS X (X being the Roman numeral for 10).

You have to admit, the number ten does have a positive ring to it, thanks largely to the commonly used 10-point ranking system (where 10 is always best) –  ten out of ten.