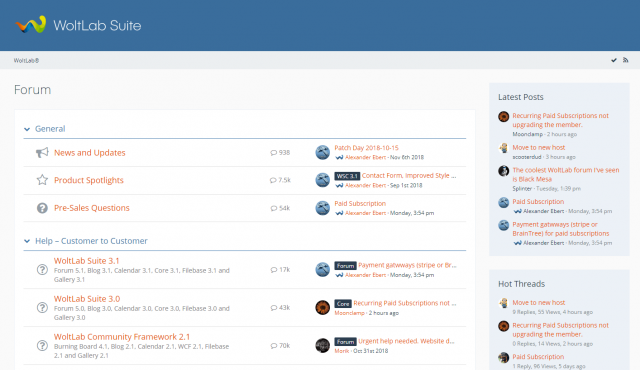 I’ve covered the subject of forums before in, How To Set Up A Community Forum, When Does Forum Moderation Become Censorship?, and How to Start Your Own Internet Forum. But do you like posting in forums?

With social media practically taking over our lives nowadays, the question of whether forums are as popular as they used to be is still being asked, with the general consensus being that forums are a dying medium. Actually, I couldn’t disagree more, because from what I can see, forums are still springing up and they are particularly popular when specialised. Quite often I hear people say, “Oh, I’m tired of forums, it’s all just too much bother!” or, “It’s just easier on Facebook/Twitter, etc.” The fact remains that it doesn’t take any more effort to sign up with your favourite crochet or baseball forum than it does in any other social media platform. 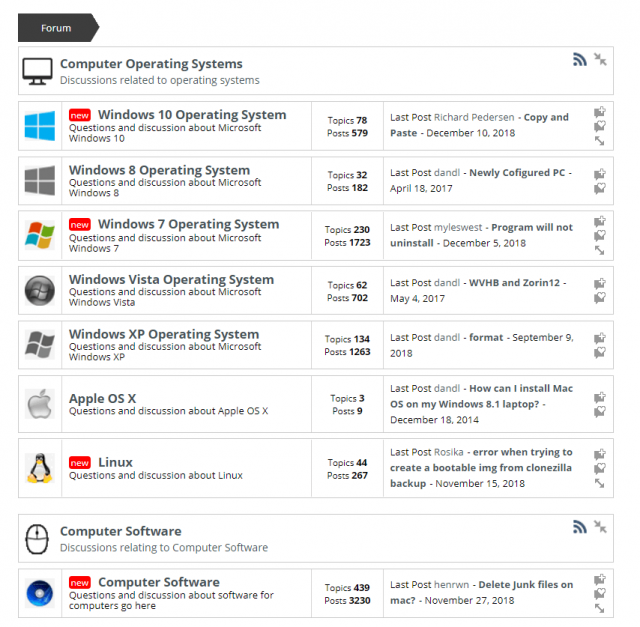 Dave’s Computer Tips has its own forum and it’s a great example of a specialist area where members can ask questions and find answers to their technical issues, especially since many of the DCT authors regularly post there due to its specialist nature.

Over the years, I’ve joined countless forums, many of which I’ve visited maybe two or three times without returning because the vibe wasn’t right, or there wasn’t enough new content. I’ve now whittled the list down to a handful because, like social media, there’s only so much of you to go around, so to speak. The forums I now post in are limited to creative writing, gaming, technology, and travel.

I tend to lurk around one or two writing forums so that I can pick up publishing ideas, marketing tricks and general tips on writing skills.

I’ve settled on one forum in particular, Writing Forums, because it covers a vast range of writing topics, including showcases for authors’ successes, critique and more general topics on getting your book noticed.

There are hundreds of thousands of gaming-related forums and since I have so many games scattered around my PCs, I tend to subscribe to developer support forums to vent my spleen over technical problems, most of which I only visit if I absolutely need to. On the other hand, and since I’m a big Tomb Raider fan, I do contribute to Tomb Raider Forums, as it’s been going for nearly twenty years and has vast resources for modding, patching and everything else TR related. It is a little clique so I don’t post there very much, and if I need a Tomb Raider walkthrough, I use Stella’s Tomb Raider Site.

Although not a forum per se, it does link to other forums such as Lara Croft Online, which is small, yet very friendly. For Half Life related content, I go to Black Mesa Source and for a purely British angle on gaming, PC Forums. Finally, for Forza racing games, I go to Forza Motorsport. It’s pretty dull to be honest and incredibly slow to load, which is surprising, considering it’s owned by Microsoft.

Again, there are so many tech-related forums that, eventually you need to make a choice on the most comfortable surroundings to pull up a chair. For me, it’s TechPowerUp, which is not only a forum but a portal for tech news, driver updates and the home of GPU-Z. 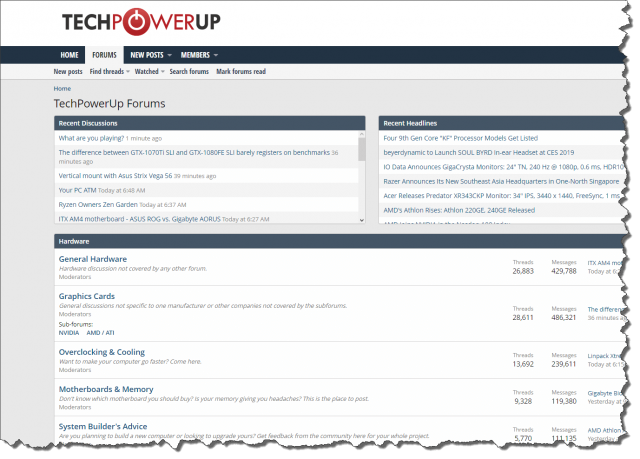 The forums are friendly, populated by fellow geeks and contain a wealth of experienced hands for everything PC related. It’s been going since 2008 and since we’re encouraged to post pictures of our rigs and components, it’s a lot of fun looking back to what we were all using back then. I’ve given and received some very useful advice at TPU covering topics such as DisplayPort cables to thermal paste. It’s pretty much my go-to tech forum now.

Over the years I’ve done a fair bit of travelling and for the last 20 years have been a British expat living abroad– the last 13 of those living in Argentina. Good expat forums are far and few between with many failing due to a lack of interest and momentum. When I first moved here I settled on a well-known expat forum for a very long time, was banned for questioning the rules, so in 2014 I set up my own expat forum at Argentina Expats.

I created the forum with an ethic of friendliness and made it clear that questioning the rules is not a punishable offence, private messages would not be read and all in all endeavoured to create an inclusive community with a very wide range of topics, not just expat related. Last year I moved the forum over to new software and hosting and although our number count is relatively small, the forum is growing as a very viable alternative where I live.

The Internet vies for everyone’s attention in so many different ways. I enjoy being connected, but many people either don’t have the time to post online or the very idea of sharing their thoughts publicly in a forum simply doesn’t interest them. In fact, I’ve asked my wife to participate in my expat forum, but it really isn’t up her alley and hardly ever posts to Facebook, either. You can lead a horse to water, but you can’t make the bugger drink is probably one of my favourite expressions and as far as forums go, is very apt indeed.