Why start a forum?

There are any number of reasons why you would want to start your own forum, so let’s take a look:

A forum needs a common interest, whether that be the general theme of the forum or maybe the group of people who initially get it off the ground. A general interest forum will find it hard to survive and will need at least a common thread, so to speak. Many forums have been started by folks who simply get on with each other and want to share things online, without necessarily meeting up physically.

Some have created forums because they felt constrained and to some extent, overly controlled in another forum or in some cases booted out from somewhere else for either speaking their minds and/or, not towing the line.

There are some quite remarkable sources of information out there, in forums created by dedicated and some might say, obsessed individuals, packed with useful and informative stuff.

A common misconception is that a forum is a way to make easy money. Of course, it’s possible to earn using ads, but you’re going to need a lot of traffic and a lot of members posting on an almost continuous basis over a long period of time. There’s no such thing as a free lunch and getting things right takes time, passion and dedication.

There’s a niche for everything and anyone in forum-land and if you feel that you have the time, patience and commitment, there’s no reason not to have a go.

How did forums start? 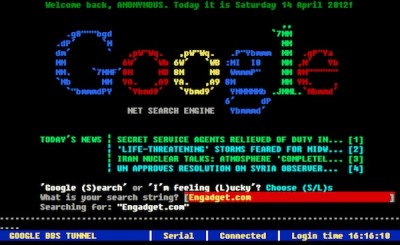 Internet forums go back a long way and first started life as bulletin boards, using dial-up modems, tiny black and green monitors and a knowledge of DOS. Since then, they now encompass a huge variety of topics from crochet groups to surviving a Zombie apocalypse. As a matter of fact, one particular online crochet forum boasts over 65,000 members and over 2,500,000 posts in its illustrious ten year history.

The rise of social networking apps such as Facebook and Twitter have fortunately done little to dent the popularity of forums and it’s a commonly held opinion that many forum users are more than happy to keep their forum activities completely segregated from other social network activities.

That makes a lot of sense from a privacy point of view, as most of the time at a forum, you won’t have met many of the members anyway and have no desire to share your darkest secrets with complete strangers, added to which, you may not want your family and friends over on Facebook to discover that your house is in fact a weapons and supply cache, should the fateful day of zombie doom finally arrive. 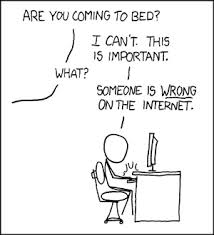 When you have a conversation with someone face to face, there is a myriad of aspects to the interaction between two people; the body language, the facial expressions, the inflection and tone of voice. Online of course, none of that is seen and how you write and how you react,  essentially become your online persona.

So, depending on which forum you’ve joined, the rules of engagement are fairly standard to a large extent and there are conventions that most forum posters observe, more from a sense of credibility and good manners than abiding by hard and fast rules.

It’s usually accepted that it’s a bad idea to post in CAPITAL LETTERS, as that is construed as shouting. Double posting, or posting the same thing twice is also frowned on as it’s seen as either attention grabbing, spamming or simply being a pain in the ass.

Asking a question you don’t know the answer to is also frowned upon by some and is usually met with the ubiquitous ‘Google is your best friend’ reply, which I personally find to be unhelpful, condescending and downright spiteful. How would you like it if someone told you to look it up in the school library?

Every new thread will need a title, so make it short, sharp and to the point and try to write without abusing your native language and turning it into a playground or hoodz style conversation; you’re not sending a text message. Most people will either ignore you or think you’re mentally challenged.

Finally, be polite to everyone. You may feel angry today or had a fight with your girlfriend last night, but that doesn’t give you the right to let it spill over into everybody else’s life. There is never an excuse for rudeness.

What else should I look out for? 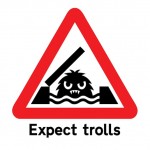 Perhaps one of the most irritating aspects of any forum is the lurking troll, which needs very little explanation except to say that they should be avoided and at best, simply ignored. Another character is known as a sock puppet; this person uses numerous pseudonyms to give the impression that they are in fact several people and very often pop up to support the other person they are pretending to be. Sympathy is often the appropriate reaction here.

Spam or spammers are generally the bain of the administrators and moderators’ existence, but can sometimes be trolls who love to spam all over the shop and again, are best ignored.

This isn’t to say that all forums are populated by weirdos and egomaniacs, quite the reverse. It does mean however, that choosing a forum to get involved with is sometimes a case of trial and error. Many forums will allow you to lurk around and watch what’s going on without actually posting anything, whilst others require you to either register with them to see anything or reach a certain post count before you are given any privileges, hence the term newbie.

To many forum regulars, their post count is regarded as a well earned and sacrosanct medal of honour and to some extent this is true and gives them a fairly high level of credibility in the forum. 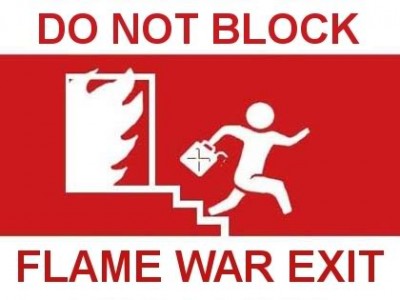 Flame wars are probably the most damaging aspect of any forum and usually start as a silly argument between two members, over something seemingly trivial, but spirals totally out of control. Sometimes a flame war will start as nothing more than a bar brawl and before you know it, the entire forum has joined the fray, punch for punch. Some flame wars have been known to decimate forums, resulting in mass walk-outs, membership deletions, total forum hijack and at the very worst, a dead and buried forum.

Is a forum democratic?

Have you ever joined an internet forum on a whim, posted a few comments, forgot about it and never gone back?

Internet forums can be like that; a little like pulling up a chair at your favourite bar and feeling completely at home or gate-crashing a redneck booze up where everyone stares like you’re some kind of a freak.

Many forums operate as mini fiefdoms, totally divorced from the concept of democracy as many people understand it. I know of one that won’t even allow you to question their terms and conditions, they moderate certain words, read personal messages and even delete posts on a whim. Thankfully, forums like that are not common and best avoided.

However, running a forum is not democracy in its truest sense, whatever your definition of that may be, because it does require a modicum of sensible control, without seeming to be a dictatorship. It’s a fine balance, where wise heads should prevail where possible.

You still want to start a forum?

If you’ve managed to read this far and haven’t yet been put off by the idea of starting your own forum, you’ll need to know where to start.

First of all you’ll need a domain name relevant to the forum you want to create and once you’ve bagged that, a hosting service that will give you full access to the administration of the new forum. When arranging the hosting, it’s always a good idea to double check the MySQL database charges as some hosting companies charge per database and once your domain and hosting have been taken care of, you’ll probably be using cPanel  to administer your forum.

Possibly the most important step is to choose the actual software that will determine the look and feel of your new forum and in that, you’re spoilt for choice as the quantity of themes and designs on offer is staggering. 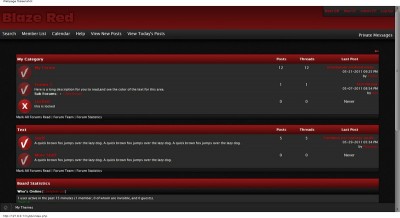 Since so many forum software packages are free of charge, it makes a lot of sense to go down that route and here’s a small selection of software to choose from:

Once you’ve decided on the software for the forum, you’ll find that the installation is very easy, with step by step tutorials which will help you set up the database at the server end, name the forum and so on and finally set up the administrator (you) account.

Most forum software comes with at least two or three themes to choose from, which you can try out and preview before deciding on the right one. Alternatively, if you take a look at the SMF themes page for example, you can select from a much wider variety.

The nuts and bolts of the forum itself should be tackled immediately and one of the most important aspects is the prevention of spam. 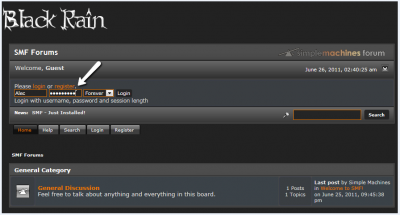 By that is meant the tightening up of new member registration to prevent robots from deluging your new forum with unwanted spam, by use of captchas, questions and answers and other security measures.

If you’re used to using most computer software, I think you’ll find that setting up the forum boards, titles and other admin tasks to be fairly intuitive. The fun part is getting new members, new posts and helping it grow, so that’s your job.

Naturally you can add or take away as much as you feel necessary. A good smiley pack often adds a happy feel to the boards, as does a thanks or like system, which members can use as appreciation for a post that they like.

Many forum regulars like to use an avatar and a signature in their profile, so it’s always a good idea to allow for that and add a decent selection of avatars and not limit the members on signatures. They’ll thank you in the end.

As you become accustomed to the numerous quirks of forum life, you’ll gradually acquire a level of tolerance and acquiescence, allowing the place to move along without the need to use the big hammer.

Most of all, enjoy the forum and make sure that everyone else does.