I’m prompted to rant again, having read an article in La Nacion, a newspaper here in Argentina, reporting on a proposed new law, which could result in you or me being sent to prison for up to THREE years for exercising our right to free expression. This proposal, put forward by a trio of wacky legislators here in Buenos Aires is as transparent as it is cynical. And by the way, if you wish to replace Buenos Aires with ‘A town or city near you’, be my guest, for that is indeed the point of all this and if there’s anything that really gets my back up, it’s the wanton, uninvited behaviour of the nanny state.

This particular proposal is intended to be written as a criminal law and whilst I’m no expert in that particular field, especially in a country where the justice system has been bought and hung out to dry by the current administration, it’s interesting to note that the areas under scrutiny will be wide reaching, from forum comment, blogs, social networks etc, in fact any online activity pertaining to commenting or publishing opinions. To state the bleeding obvious, we’re being told to refrain from inciting violence, using defamatory and discriminatory language or throw abuse at persons or groups of persons etc etc, or face the long arm of the law. In the unlikely event of an indictment against an alleged abuser, it’s a tad unclear whether the onus would be on the individual to prove their innocence or the media owner or both. Furthermore, those who feel they have been hurt by an online comment will be encouraged to call the police, who will of course drop everything to sooth their fevered brows.

Clearly, none of us enjoy reading vicious remarks online, whether they be racist, sexist, dwarfist or any other ist you can think of and it’s extremely unpleasant to be on the receiving end of such tirades, or so I’m told. The implication however, is that almost any comment or opinion could be perceived as discriminatory or inflammatory or as some now see it, a good intention that will certainly result in dangerous precedents and nanny applications of the law. A sledgehammer to crack a nut if you like or indeed a grave threat to freedom of expression, as most of the sane world sees it. 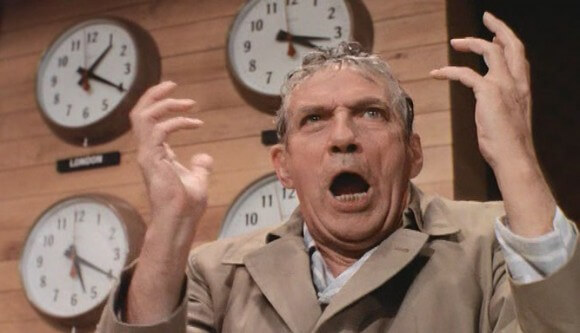 Since democracy returned to Argentina in 1983, following many years of brutal military dictatorship and the strangulation of free speech, the country has had a pretty respectable record on human rights. After all, it’s one of the first countries to legalise gay marriage, a move much trumpeted by the authorities, not least the president and yet, according to The Universal Declaration of Human Rights:

Everyone has the right to freedom of opinion and expression; this right includes freedom to hold opinions without interference and to seek, receive and impart information and ideas through any media and regardless of frontiers.

Well, naturally the UN doesn’t specifically tell us all to be polite and frothy when writing online, but you get the drift and how some tin-pot dictator in a far flung banana republic wishes to dictate his version of human rights is all too evident in many parts of the world, so we can only read that declaration as a handy pocket book guide. Whilst measures such as this are so often full of good intentions and this one isn’t, the actual policing of the written online word in this context is an impossible task, save for the person allegedly being offended, grassing on the alleged offender to some distant ombudsman or newly created minister for online politeness or Minipol for short. Once the internet police have collared you, no doubt you’ll be charged with some nebulous offence, such as referring to an individual as a yellow belly sapsucker or something of that ilk and be taken before the judge, who will sentence you to a couple of years doing hard time and dubious shower scenes, which is often more than some rapists and child molesters have been known to receive, which kind of sucks big time don’t you think? 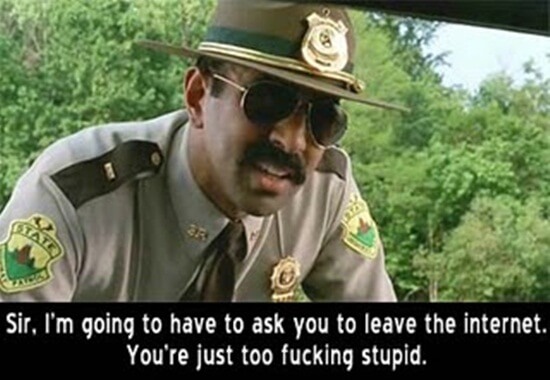 On the other hand, if one were to wax satirical here for a moment and if this madness were to be retroactive, one has to ask how the Argentine head of state would react to being prosecuted for taking the piss out of the Chinese whilst on a state visit to China. Would a Tweet like this be considered harmless fun or an inflammatory abuse against the Chinese people?

The Internet is for all of us!

Yeah right, it’s certainly for all of us, as is The Sword of Damocles and when it was discovered that in fact The Internet was just a tad too free, the establishment became very uncomfortable with that radical idea and decided to turn the gun against us, saying that we couldn’t have it both ways, so just wake up and smell the cordite. It’s no coincidence that at the end of the year, the current administration in Argentina leaves through the out-door, so one can expect a raft of self aggrandising and whacky proposals to be rammed through parliament as happens in many countries under such circumstances and it’s important to view such legislation with the cynicism it deserves, considering that the legislation itself is directed at the very press they revile. It’s also interesting to note that there is a clear and stated intention to get this legislation on the statute books before the presidential primaries in August, for the run up to the general elections in October, in an attempt to stifle dissent from the rank and file. An abrogation of the parliamentary process? Clearly.

Without wishing to over politicise the issue, which is difficult when discussing government legislation, it’s important to note that, when viewed through a global prism, measures such as these are ultimately badly thought out bodge jobs, thought up by overpaid and underworked political layabouts who have zero understanding of how life works in the real world, that you and I actually inhabit.

So here are a few things you won’t be able to say online in Argentina, should this legislation pass.

You really don’t know what you’re talking about do you?

This could be construed as very aggressive, particularly the emphasis on know, which could imply that the person is of low intelligence and is therefore discriminatory.

Your post is three days behind the rest of the world.

The Internet Police would have a field day with this one as it’s full of hidden meaning and innuendo. The implication here is that you are tardy, regressive and frankly not up to the job.This one is therefore considered dangerous and would be sanctioned with little pity, so be warned.

I think the president is wrong about that!

Well, it’s hard to know what to say to this one. Clearly the poster is playing with fire and would incur the wrath of the minister himself, if not the actual president. Such postings are provocative, discriminatory and disrespectful in every possible way. Expect dire retribution.

My cat could have written that better than you!

Lordy, lordy. This one is low, very low. For a start the poster isn’t respecting the guidelines laid down by The National Association For the Protection of Felines and in a clearly direct manner, they’re issuing a thinly veiled threat on cats. Not to be tolerated.

I disapprove of this administration!

Very probably a hanging offence and the judge would have no choice but to hand down the most severe and exemplary sentence possible. Beyond redemption and further words are not necessary. 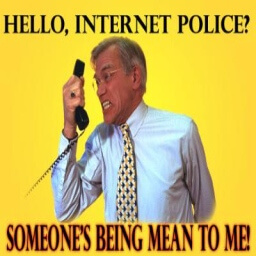 I disapprove of what you say, but I will defend to the death your right to say it

The wording of this so called anti-inflammatory legislation is broad, particularly with reference to groups of persons and if I were to state online that I felt that the IS (so called Islamic State) were a bunch of barbaric, stone age, murderous thugs, would I be reported to the police or indeed the minister, or would that be selectively acceptable?

It’s a curious paradox therefore, that for a country that has struggled to shed the shackles of dictators and censorship, only to find itself attempting to revisit such ugly practices, with very little realisation that we, the many, are able to read between the lines of the sham. Such is the strange way of world sometimes.

9 thoughts on “Do You Fear State Control of The Internet?”