For the past month I have been floored with a sinus infection / cold / allergies / Heaven only knows what is going on. I’ve had lots of time to think, ponder, and squirrel away packets of food in case I get hungry while hacking up my lungs (maybe it’s the squirrel flu??).

This… plague… involved two trips to the doctor, several trips to the pharmacy, and many hours of sleepless nights. All this had me thinking the obvious…where is my tricorder?

Many who know me (and now, those of you who don’t), know that I have successfully walked the fine line between loving Star Wars and loving Star Trek. To me it’s never been a problem – one is about a whiny farm boy who goes out and saves the universe, the other has light sabers. One fights an evil Empire, and the other battles his father. They are very obviously two different stories told using outer space as the background.

One thing that Star Trek featured that Star Wars simply included in the background is the medical scanning device (nicknamed, obviously, the tricorder from it’s ability to um…triangulate recordings). One quick scan with this magical device and doctors, nurses, random Vulcans, or medical droids were able to ascertain what was wrong, and which dial to twirl on the hypo-spray to make you better.

Whatever, take this. Pfft.

Wow, I feel better. What was that?

Hypospray setting #2. The Tricorder said to give you that one.

Alas, instead I must fight through the visits with the doctor, the guessing, the hoping, the needless pills and days of feeling icky.

Unfortunately, this thought process got me thinking of other things that television and movies have been promising me forever that still aren’t here. I figured after they got the personal communicator working (cell phone), it would certainly be simple enough to give me the other things I’ve been promised. 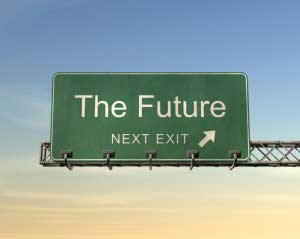 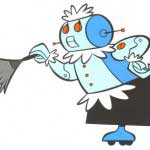 I imagine a world in which I can talk to my wife using the video phone, wave good bye to my robot maid, take a jet pack to the parking garage and use my flying car to get to work.  Lunch is easy at work now that they can make all meals in drink form. After work, I can come home to my kids playing on their hoverboards, and the door opens as I approach.  I turn on the news to see that there is an air shortage on Mars and it is resulting in more Martians being born with…um…extra…tracts of land.  Needing to zip over to my dad’s place across the country, I hop on my transporter after replicating him a delicious dinner.  Before I go, the news reports trouble with the Klingons and the Gungans in some far away galaxy.  Unfortunately, with the invention of Warp Drive that far away galaxy is only 12 parsecs away.  Not to worry, we’ve convinced the robot maids of the world to form up and instead of attacking humans, take on the Klingons and Gungans. Dinner for the kids  is a snap with my PB&J gun and I tuck the kids in bed telling them stories of how we used to have to get movies from a store to watch them. I relax by remote controlling my Avatar in a real world version of dungeons and dragons.

I realize I have a grand vision of how I expect the future to look, but really it’s the fault of TV when you think about it. Without all these awesome inventions, promises, and just plain spectacular cool-ness that is dangled in front of us year after year, how could anyone not expect the future to be full of jump suits and spandex leotards?

1 thought on “Where is my Tricorder?”